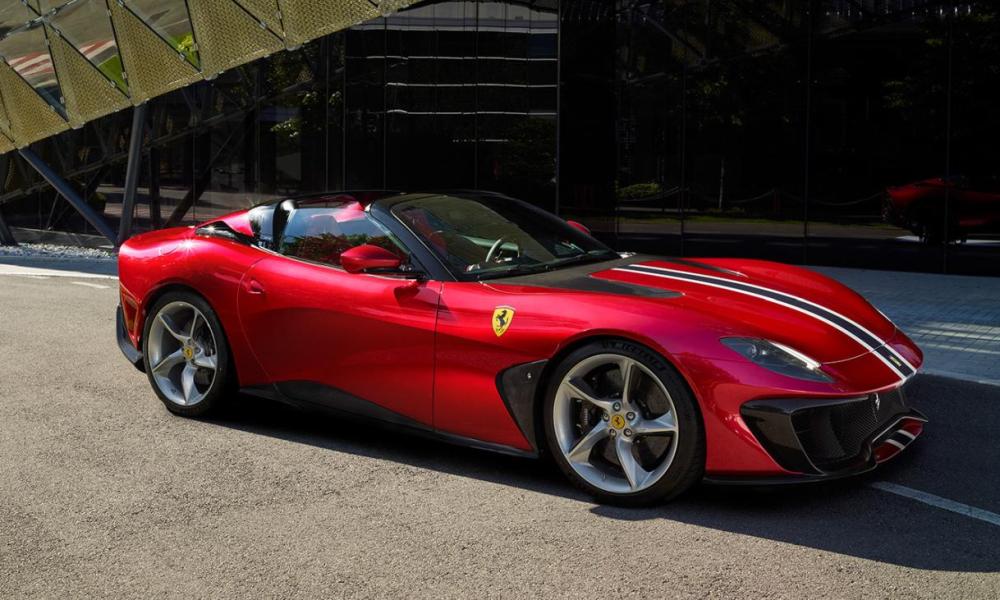 Ferrari has taken the wraps off a new one-off model commissioned by a VIP client from Taiwan. It’s called the Ferrari SP51.

The SP51 is based on the Ferrari 812 GTS. Like most modern special projects, it is the work of designer Flavio Manzoni. It gets a unique exterior with redesigned headlamp clusters featuring vertical LED DRLs and a revised bumper with large carbon-lined intakes.

The rear looks like an evolution of the 812 GTS. It uses the same quad tail lamp setup with sculpted bumper and large carbon diffuser. The rear deck lid has also been redesigned and further optimized for better aerodynamics. That being said, the interior is identical to the 812 GTS.

Ferrari hasn’t disclosed the technical details of its latest one-off project, except for the fact that it is powered by a naturally aspirated V12 engine. We believe it has the same 6.5-litre engine that powers the 812 GTS. It puts out 800 hp at 8500 rpm and 530 lb-ft at 7000 rpm and is paired with a 7-speed dual-clutch transmission.

Lamborghini Huracan Sterrato is a supercar built to go rallying