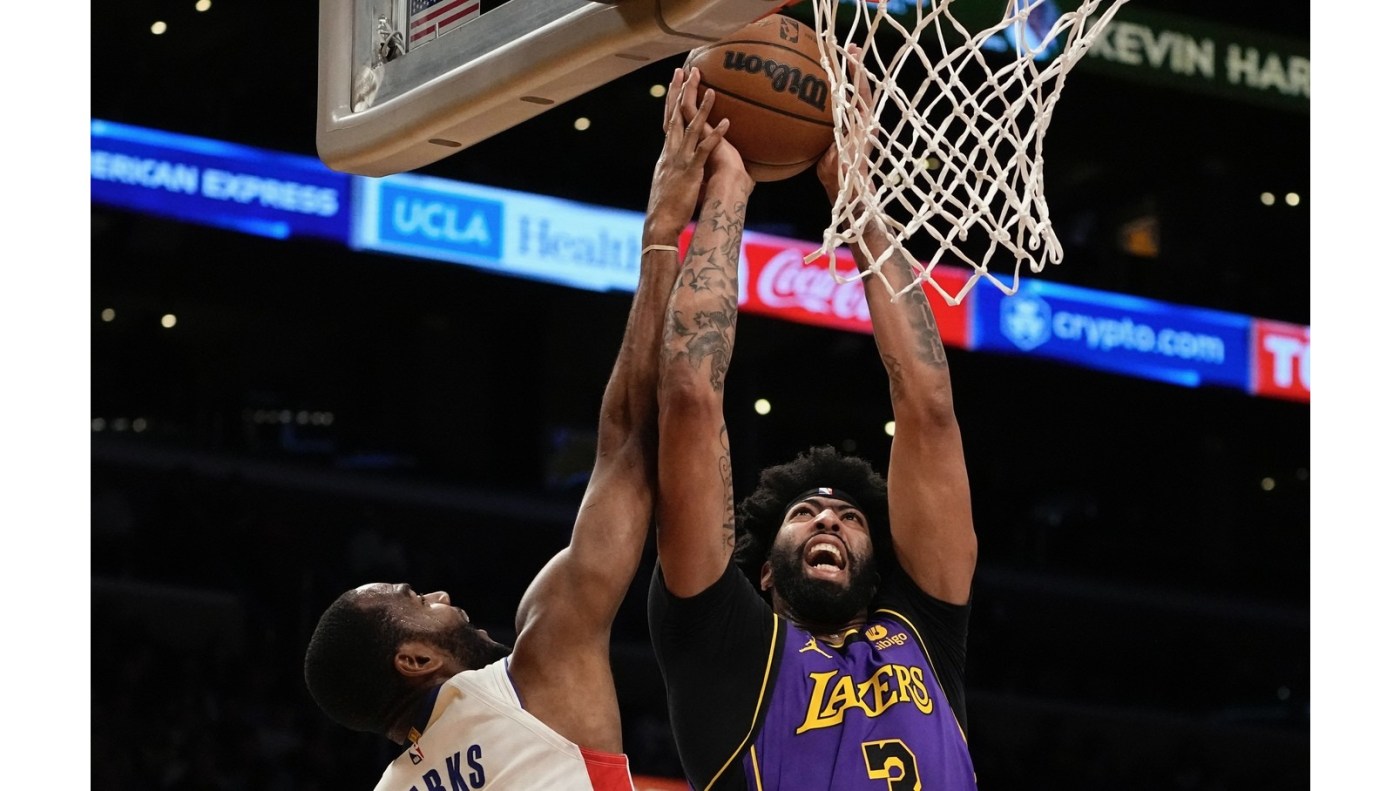 LOS ANGELES — It’s taken a lot longer than anyone would like, and the Lakers have yet to show it against one of the NBA’s true contenders.

But 14 games in, they might be finding their way in closing out games when it matters the most.

That was a small bit of hope to hold on to after the Lakers (4-10) won their second straight game on Friday night, 128-121, against the Detroit Pistons (3-14). Again, Anthony Davis played a starring role, scoring 38 points and adding 16 rebounds and four blocked shots in his first back-to-back 30-point games since February.

But for one of the few times so far this season, the Lakers’ experience actually seemed to give them an advantage in the clutch. Before beating Detroit, they were only 1-5 in games that were within five points with five minutes left (the one win coming after an OT-forcing buzzer-beater). But against the Pistons, they actually pulled away, scoring from the field or the free-throw line on eight consecutive possessions with 5:05 left.

Davis was central to that attack, scoring 12 of his points in the final five minutes. The best the Pistons could do to stop the All-Star big man was foul him, and Davis was 18 for 21 from the line, accounting for more than half of the Lakers’ free throws.

With four off days between games, the Lakers expected to come in with rested legs. But through a quarter-and-a-half, they looked more like they were still asleep. While the Lakers were without LeBron James for the third straight game, the Pistons played without Cade Cunningham, their leading playmaking wing.

On defense, the Lakers were slow to rotate and contest the driving, slashing Pistons. Detroit scored 16 of its 37 first-quarter points in the paint and beat the Lakers on the fast break for four baskets. While the Lakers, especially Davis, got to the line 16 times in the period, they gave up their advantage with five turnovers to Detroit’s one.

At one particularly low point, the Lakers looked up to see themselves trailing the Pistons by 14.

But the visitors’ youthful exuberance only carried them so far, and by the end of the first half, the Lakers had started to find their stride. The forwards off the bench built momentum with pick-and-roll attacks, notably Thomas Bryant hitting four of his first six shots while making his season debut following October thumb surgery. Wenyen Gabriel, one of the Lakers’ best end-to-end hustlers, added a few baskets at the rim.

The Lakers ended up compiling a 31-13 run to end the first half in just over eight minutes, capped by two highlight-reel moments from Walker: a poster dunk over Pistons rookie Jaden Ivey, and a fallaway buzzer-beating corner 3-pointer to give the Lakers a 68-64 lead at the half.

The game also marked the season debut of veteran guard Dennis Schröder, who had a slightly rougher curve after a month off from his own thumb surgery, scoring two points on 1-for-5 shooting.

Alec Burks scored 23 points and Bojan Bogdanovic added 20 for the Pistons, who have lost six straight.