The Full House alum, turned couture designer, was photographed on Sunday, August 14, wearing a gold band on her left hand while vacationing with her boyfriend Louis Eisner on the island of Pantelleria in Italy. The 36-year-old looked relaxed and blissful during her daytime stroll with her boyfriend of five years. Her ring was on full display when the Still House Group artist, 33, wrapped his arm around her shoulders and she lovingly caressed his hand. ‘The Row’ designer wore an over-the-knee striped red shirtdress  and her beau sported a fitted, pale yellow T-shirt and dark washed jeans. The in sync pair each wore baseball caps and dark sunglasses to keep the sun out of their eyes during their day out. 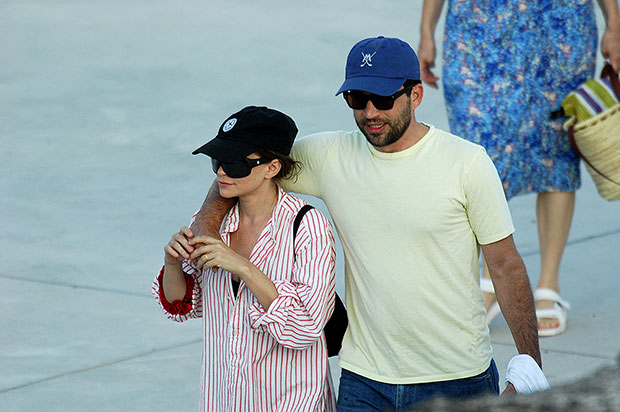 This isn’t the first time Ashley has been seen wearing the gold-band on that finger.  Back in May she was photographed sporting the classic, and understated, hardware on her ring finger during a day out in New York. Although it’s not clear whether it means they’ve secretly tied the knot, the marriage rumors are swirling around the never-married star and her longtime love. Unfortunately, it seems unlikely that she’ll divulge any details since the former child-star is notoriously private about her relationship — and life in general.

Ashley’s desire to remain low-key is shared by her twin sister Mary-Kate and the sisters have gone out of their way to cultivate a life that’s intensely guarded. In a rare interview the sisters opened up about their efforts to remain ‘discreet’ in their adulthood. They revealed that they were so desperate for their privacy that they almost hid their identities when they launched their now wildly successful brand The Row 16 years ago. 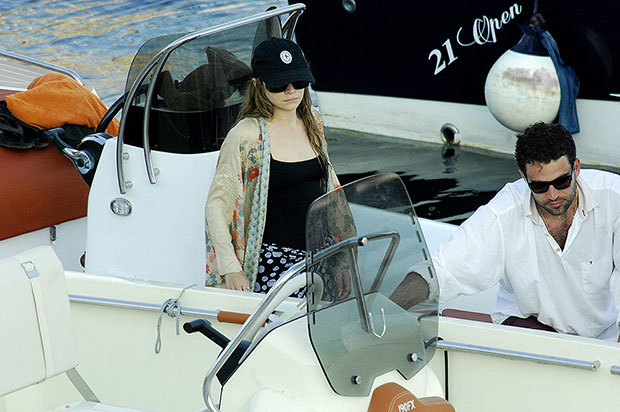 “We were raised to be discreet people,” Mary-Kate said. “I think that potentially that’s just our aesthetic, our design preference,” Ashley added. “But that doesn’t mean that we don’t also appreciate something truly ornate or maximal. Sometimes a collection even starts quite like that, and then gets pared down. It doesn’t always start from that simplistic place.”

The Row launched in 2006 and it’s the opposite of a vanity brand, with the twins choosing to remain behind the scenes. “We really didn’t want to be in front of it. We didn’t necessarily even want to let people know it was us, in a way,” Ashley said. “I mean, it was one of those things where it was really about the product, to the point where we’re like, ‘Who could we get to kind of front this so we don’t have to?’ I think, to this day, you’ll see we really put the product first.”

Elizabeth Olsen’s Sisters: All About Her Relationship With 5 Siblings, Including Mary-Kate & Ashley

All About The Host’s Dating History – Hollywood Life

Everything To Know – Hollywood Life