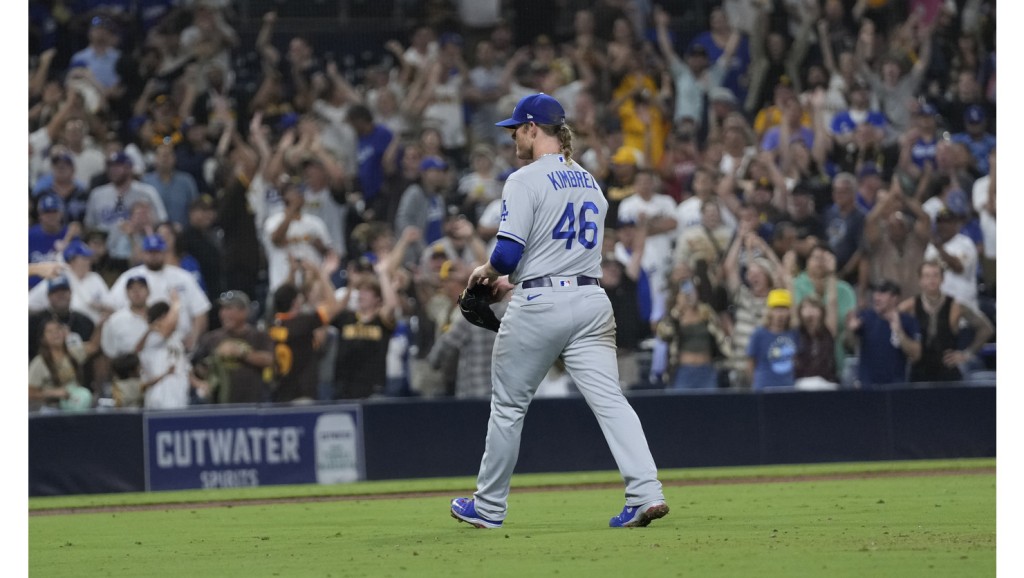 SAN DIEGO — The Denver Nuggets have opened training camp at UC San Diego so a handful of players, including DeAndre Jordan and Nikola Jokic, were at Petco Park on Tuesday night to watch the Dodgers play the San Diego Padres.

They must have found it as devoid of action and slow to develop as a James Harden dribble drive.

They didn’t make it to the end, leaving just before the Padres scored on a bases-loaded walk in the 10th inning to beat the Dodgers, 4-3, and move a step closer to clinching a wild-card spot.

The Dodgers, meanwhile, put history on hold. Their 106 wins are still tied for the franchise record. At the same time, their magic number to clinch the best record in baseball and secure home-field advantage through the World Series remains four (over the Houston Astros).

The languid tone for the night was set by Padres starter Blake Snell who went to a full count on eight of the first 11 Dodgers batters and threw 96 pitches before bowing out (as he so often does) after five innings. For all that, the Dodgers didn’t score a run off Snell.

The Padres took a 2-0 lead in the first inning. But even Wil Myers’ two-run single took its sweet ol’ time bounding through the middle of the Dodgers’ defense.

Tyler Anderson retired the next 16 consecutive batters after Myers’ single and the Dodgers finally broke through to tie the game in the sixth when Padres reliever Nick Martinez gave up a leadoff single to Trea Turner and walked two to load the bases. Max Muncy bounced into an inning-ending double play that was overturned by replay, allowing one run to score and keeping the inning alive. Chris Taylor took advantage, tying the score at 2-2 with an RBI single.

They loaded the bases again with one out in the seventh but came up empty.

Instead, they helped the Padres put together a go-ahead rally in the eighth.

Taylor misplayed Austin Nola’s drive over his head to start the inning. It went off his glove for a double. Two walks by Caleb Ferguson loaded the bases with one out.

Chris Martin came in and struck out Manny Machado then broke Brandon Drury’s bat, getting a slow ground ball to the left side. But third baseman Justin Turner bobbled it, throwing late to first base as the go-ahead run scored.

Trea Turner led off the ninth with a double off Padres closer Josh Hader and advanced to third on an error by shortstop Ha-Seong Kim. Turner tagged and broke for home on Justin Turner’s fly ball to left field – but was stopped halfway by third-base coach Dino Ebel and scrambled back to third as Jose Azocar’s off-line throw was cut off.

Ebel’s decision was validated two pitches later when a Hader fastball clipped catcher Jorge Alfaro’s glove on its way to the backstop. Trea Turner scored the tying run on the passed ball.

The Dodgers couldn’t cash in their free runner in the top of the 10th. Kim bunted the Padres’ free runner to third to start the bottom of the inning against Craig Kimbrel. After intentionally walking Juan Soto, Kimbrel struck out Manny Machado before walking Brandon Drury to load the bases.

Kimbrel missed outside with a full-count fastball to Alfaro, forcing in the winning run for the Padres’ NL-high 12th walk-off win.