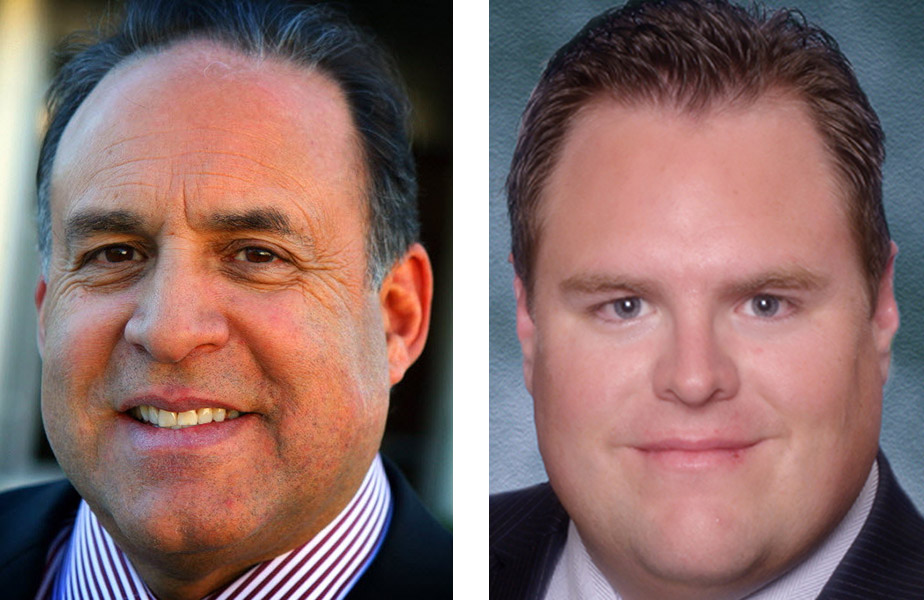 Results posted by the county Registrar of Voters on Sunday night showed Benoit leading Angulo by roughly 27,000 votes, 54% to 46%, with 111,000 vote-by-mail and 10,000 provisional ballots remaining to be counted.

Benoit has consistently led, and his margin has grown with each results update since the first Nov. 8 election results were posted election night.

“While there are still ballots that must be processed, the current results show that we are leading with a large enough margin to officially declare victory,” Benoit said in a news release.

In an email, Angulo said: “It is premature to claim success and is a lack of respect toward the voter given there remains about 140,000 votes to be counted.”

Thanking his family, friends and supporters, Benoit, who is the son of the late Riverside County Supervisor John Benoit, said he was “truly honored” to be auditor-controller.

“This victory is a clear indication that people in Riverside County want an independent, professional, and experienced auditor-controller,” Benoit said.

But in recent years, Angulo has clashed with the Board of Supervisors and Sheriff Chad Bianco over his audits.

He said Bianco’s department failed to keep close track of spending and weaponry and wouldn’t share information on complaints. The sheriff countered that his department “cooperated fully” with auditors but wouldn’t “violate the law simply because the auditor wants certain information we cannot legally provide.”

Another audit by Angulo’s office alleged the names of two employees at the county hospital in Moreno Valley matched names in the state’s sex offender registry. County officials insisted Angulo was wrong and the audit said the employees could not be “positively confirmed” as registered sex offenders.

Angulo’s office was the subject of several lawsuits by former employees who alleged they were unjustly retaliated against following a string of events that started over an anonymous email criticizing senior management’s spending on college coursework. Three lawsuits were settled for a combined $1,085,000.

Angulo has said he could not discuss “employee matters” and added: “I stand behind the decisions made in my office that led to the actions that were settled.”

During the campaign, Benoit called attention to Angulo’s expenses, which include reimbursements for East Coast trips, meals, satellite phones, law books and books on leadership. Benoit accused Angulo of wasting taxpayer money and called attention to a grand jury report released this summer that found the auditor’s office lacking “in critical areas.”

Angulo, who denounced the jury’s findings as “defamatory, naïve and ignorant,” defended his expenses, saying the training was vital to his job and that the satellite phone would be essential in an emergency to ensure the county’s finances ran smoothly. The auditor’s office oversees county payroll.

He attacked Benoit as lacking the required experience and training to be an auditor, noting Benoit lacked a CPA license. Benoit, who has no formal accounting training, said his experience dealing with public finances gives him enough background.

During a Board of Supervisors meeting last month, Angulo said Benoit had hands “like a little girl,” drawing a rebuke from supervisors at the dais.

All five supervisors and most of the county’s elected leadership endorsed Benoit. Angulo questioned whether Benoit could be an independent check over elected officials who donated to his campaign.

The new auditor will take office in January.