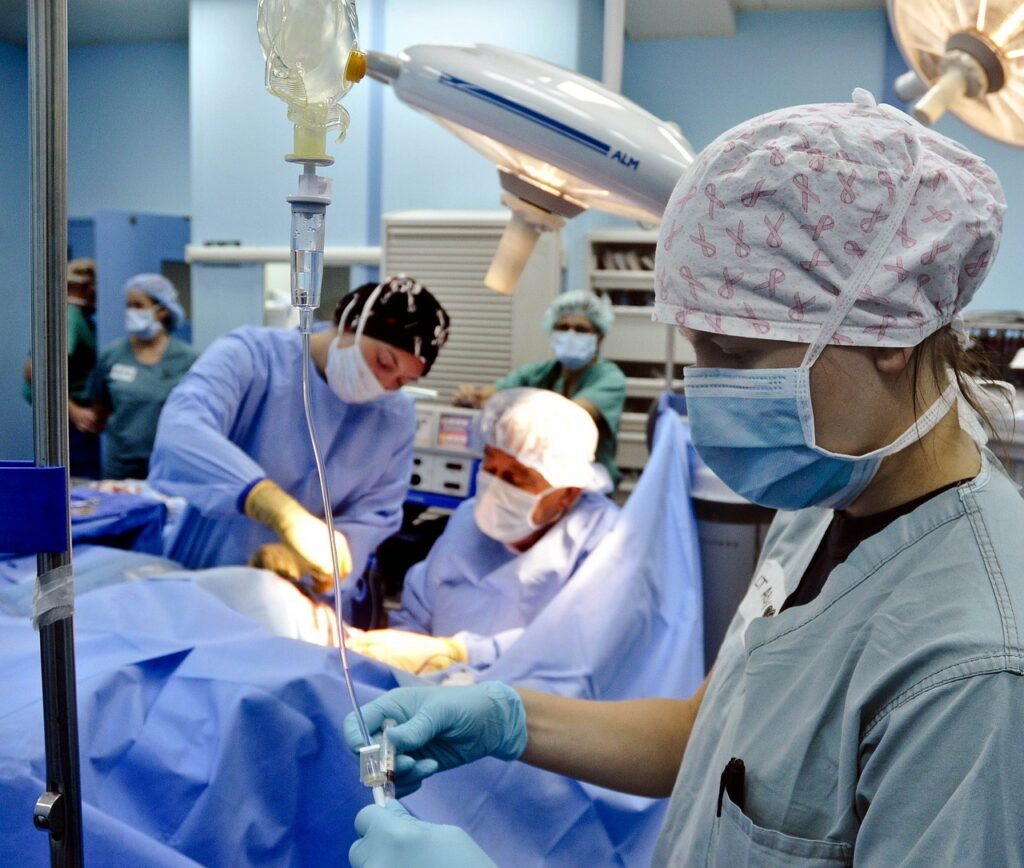 Image by David Mark via Pixabay

The aviation industry has used black boxes to help determine what caused an accident. Some surgeons have now been employing similar technology in the operating room to monitor and improve performance and communication among surgical teams with an eye toward better patient safety. Journalists could find interesting stories by interviewing operating teams at hospitals using this technology to find out what they have learned.

On airplanes, the black boxes (actually painted bright orange) contain a cockpit voice recorder and flight data recorder and are usually located in the aircraft’s tail — the most likely place to survive a crash. In the OR, the black box isn’t a physical box per se, but a system of connected microphones, sensors, cameras and data recorders designed to blend into the operating room background to track everything that goes on, including human performance, communication among the surgical staff, patient vital signs and any distractions or equipment malfunctions, according to an article from Stanford Hospital in California, which announced in September that it has installed the technology in four of its operating rooms. Information collected by the system can be analyzed using artificial intelligence and presented back to the staff in debriefing meetings.

“I was inspired by aviation and what made aviation the safest form of transportation,” the inventor of the OR Black Box, Teodor Grantcharov, M.D., Ph.D., said in the Stanford article. He recently joined the faculty there from the University of Toronto and St. Michael’s Hospital, where he developed the technology. “Our patients are not aircraft but a lot of the methods — the culture, the approach to safety, the never-ending pursuit of ‘safer’ — is transferable.”

I first wrote about this type of equipment for General Surgery News in 2019, when covering the annual meeting of the Society of American Gastrointestinal and Endoscopic Surgeons. There, Marlies Schijven, a surgeon from the Netherlands, discussed how her hospital used the black box during 35 elective laparoscopic abdominal procedures. In these cases, the black box identified some 404 potential safety threats or aberrations, such as unintentional protocol violations, or a suboptimal workplace setup. By comparison, using a standard postoperative questionnaire, operating team members identified only 26.5% of those same aberrations. The majority of potential adverse events discussed related to miscommunication and teamwork. “The black box team debriefing strengthens OR teams, thus impacting surgical safety,” Schijven said at the meeting.

Other hospitals using the technology include The University of Texas Southwestern Medical Center and Long Island Jewish Medical Center in New York, according to an article from UT Southwestern. At Long Island Jewish, the black box helped staff realize they were wasting an average of eight minutes every hour; had too much traffic coming in and out of the OR, creating distractions and allowing bacteria to enter; and had staff reaching for things outside the OR’s sterile zone. Then, they put steps in place to correct these measures. Duke University Medical Center in North Carolina also is using the boxes, according to a recent article.

The box is not designed to be punitive toward surgeons and clinical staff working on a case, the Duke article noted. “Instead, the derived data allow for better decision making when zeroing in on system-wide quality improvement efforts.” The purpose is to promote a culture of safety and constant improvement, according to the Stanford article. Faces are blurred and voices are distorted in videos to ensure privacy; recordings are deleted after 30 days.

Grantcharov was a surgical resident in Copenhagen in the 1990s when he noted variability in skill levels and surgical outcomes among his colleagues, the Stanford article noted. In 2006, he moved to the University of Toronto and worked with engineers, designers and researchers there on a black box design. Their first prototype was installed in a downtown Toronto hospital.

One of the surprising early findings was how much distraction occurs in modern operating rooms, Grantcharov said in the article. This includes constant opening and closing of doors, machine alarms, questions and side conversations. Once noted, steps can be put in place to lessen them.

Another type of black box recorder called the dvLogger used by the University of Southern California attaches to a robotic surgical platform to record the surgeon’s movements and proficiency with the robotic system that potentially could be linked to outcomes, according to a USC article.

Here are some more resources to inform your reporting:

Playwright puts racism in health care on the stage

What to know about the state of patient safety