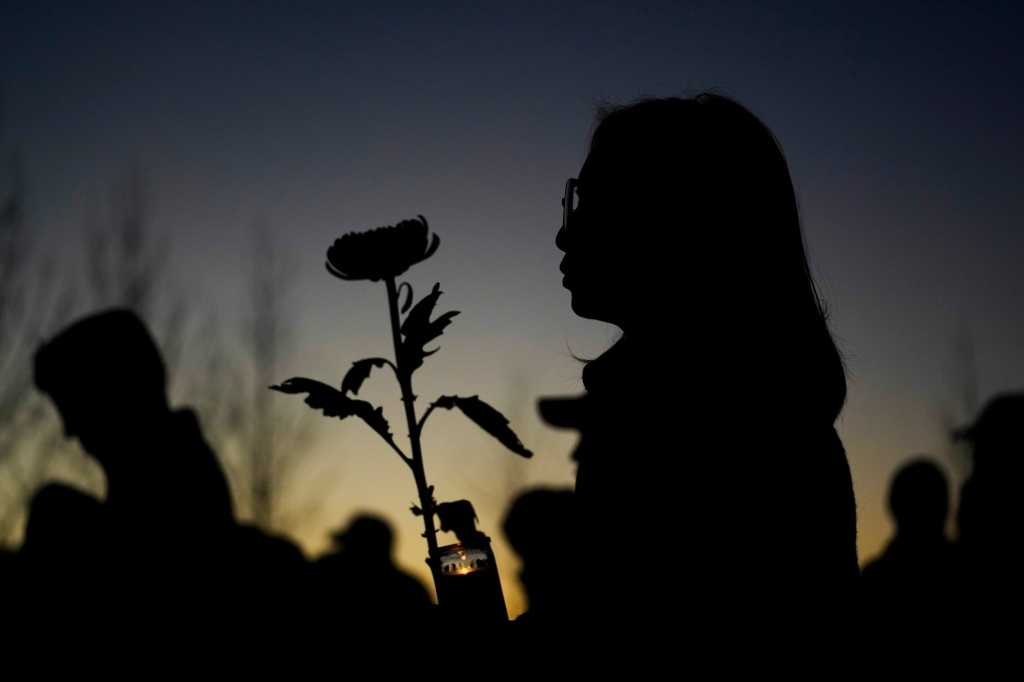 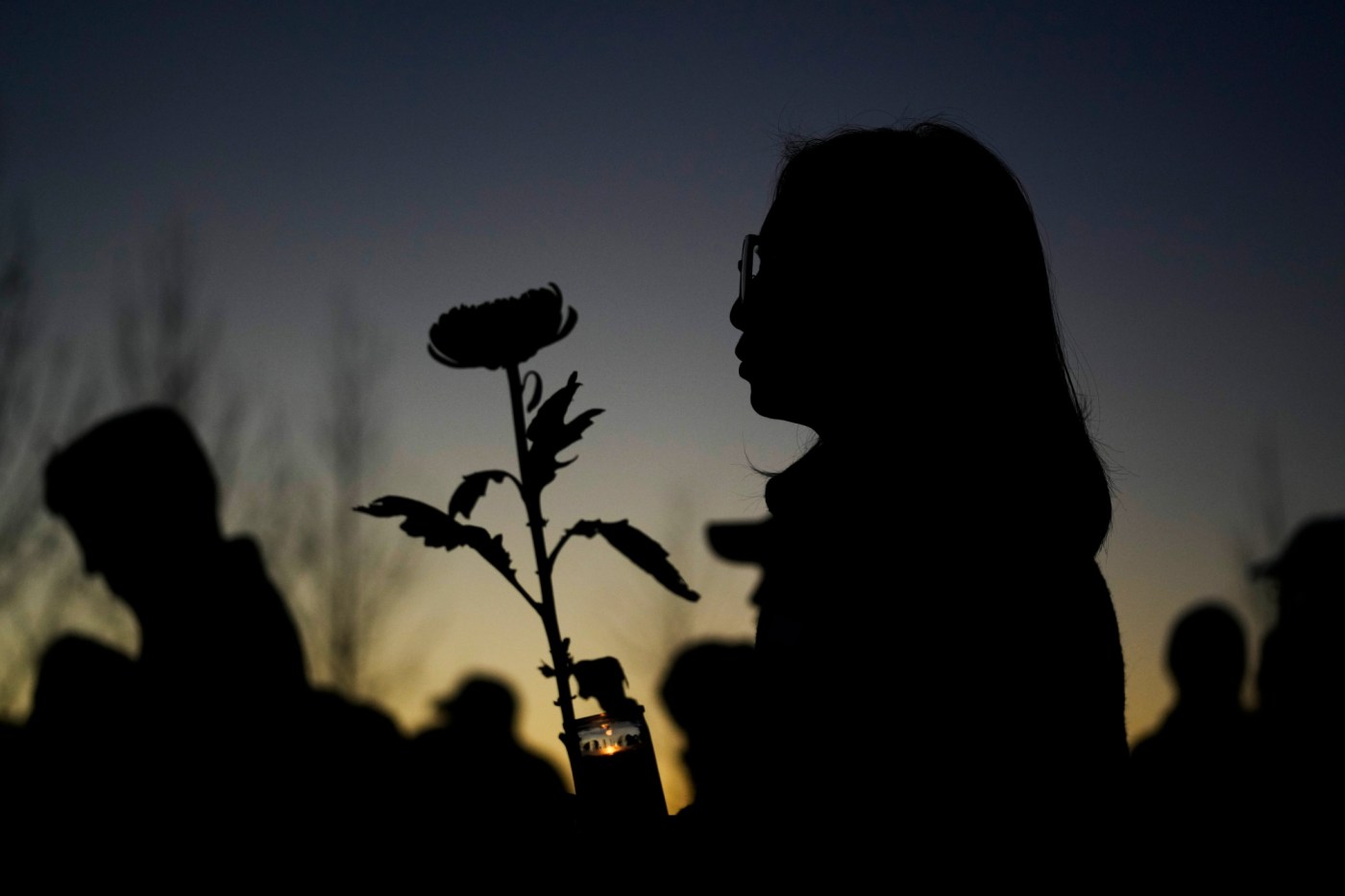 Several hundred people gathered at Monterey Park City Hall on Tuesday, Jan. 24 for the reading of prayers and a candlelight vigil organized by the city to remember the 11 victims of Saturday’s mass shooting at a dance studio that has rattled the community. It was the second vigil at that site in two days, following one Monday night.

Mourners and speakers came together near a memorial outside the building that has grown in the days since the shooting. A corkboard nearby was filled with handwritten messages of grief and sorrow.

There is a board here with messages from the community. pic.twitter.com/82BietEJfD

“To all those dancing in heaven & your families, our prayers are with you,” one message read.

Some attendees were still trying to come to terms with what happened.

Local officials spoke and smoke from prayer candles filled the air as people paid their respects. Prayers were offered by local pastors in Taiwanese, Cantonese and other languages to offer comfort to the tight-knit community”

City Council member Yvonne Yiu said she cried the last two days after learning Ming Wei Ma, the owner of Star Ballroom & Dance Studio and the first person to rush the suspect during the shooting, had been killed.

“I knew Teacher Ma for a long time,” Yiu said. “We sang and danced together.”

“Jill and I are keeping the people of Monterey Park and the LA region in our hearts after the deadly mass shooting pierced the nation and our soul,” Biden said in the message. “There’s nothing I can say that can fill the void of those who are no longer with us.”

Another vigil was held at the dance studio Tuesday evening, becoming the third vigil in two days for the shooting victims. It was organized by the ANSWER Coalition.

There, a collection of flowers and candles continued to grow outside the studio throughout the evening as around 50 community members gathered to pay their respects.

Organizers started the evening off by reading aloud the names of the 11 victims, and mentioning the heroic efforts of Brandon Tsay, who disarmed the shooter at the Lai Lai Ballroom and Dance Studio in Alhambra.

Then, the mic was offered to community members to voice their thoughts, share their grievances and find support among a hurting community.

Monterey Park resident Maia Go said it’s been incredibly hard to process the tragedy but encouraged others to “just feel their feelings.”

“Over time I think we’ll be able to heal and at the end of the day these acts of violence don’t speak for our larger community,” Go said.

Other residents shared the sentiment that they won’t let the shooting define their community.

“This kind of tragedy is not one we ever thought would happen here and now the whole country has shined the spotlight on us in our time of grief,” said Julie Ngo, 24. “We are a community rich in Asian American history and now is the time for us to take back that spotlight and show that Monterey Park is so much more than this tragedy,” Ngo said.

Some residents took the opportunity to draw attention to  what they called a lack of mental health awareness in the Asian American Pacific Islander community.

“But we have to wonder what was going through his head, what sort of abuse he endured in his life,” he said. “So often mental health is ignored in the Asian community and we need to recognize that there are many more unstable people out there whose signs are being ignored.”

Compassion in SGV, a volunteer organization in the San Gabriel Valley, plans another vigil Wednesday at 6 p.m. at the dance studio. The event will “remember, honor and grieve the tragic mass shooting victims in Monterey Park and condemn gun violence,” Compassion in SGV said on social media.