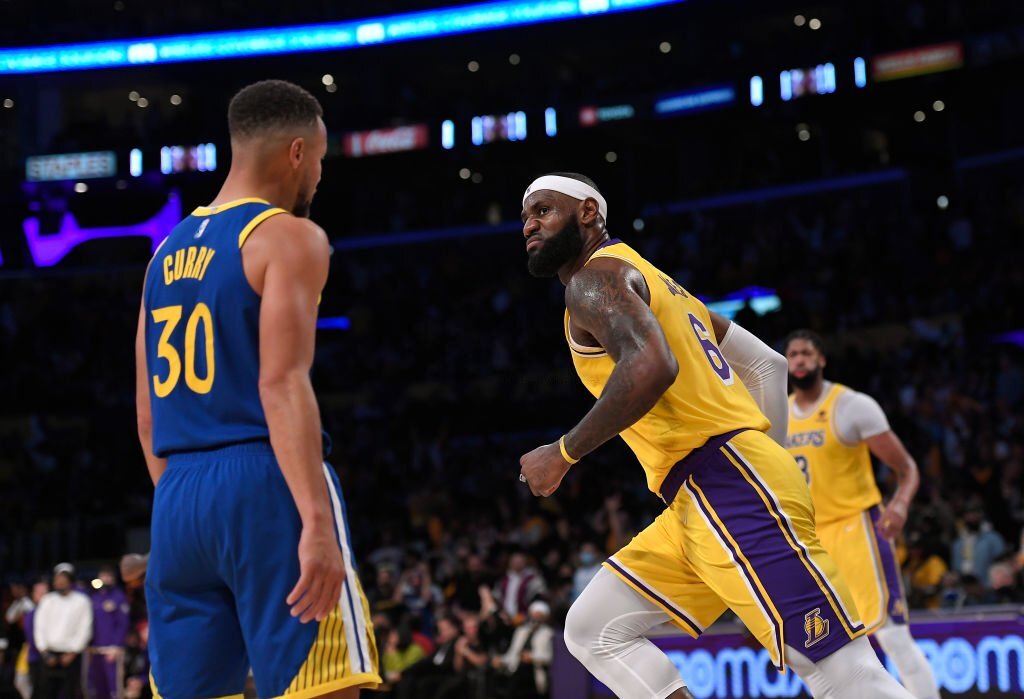 LeBron James, Stephen Curry, and Kevin Durant are just three of the greatest NBA superstars lacing it up in the 2022-2023 season. Are James Harden, Anthony Davis, and Kyrie Irving still in that exclusive club?

What is a Superstar?

Defining the term superstar has been a heated debate in the NBA community. Different people have unique measures of determining who meets their criteria. A common standard for an NBA superstar is being the best player on a championship team. However, this would mean players like LeBron and MJ were never “superstars” before winning their first championship, which is inaccurate.

The counter to that point is saying a “superstar” can do so even if they have never proven it. However, this makes the conversation far more subjective than it needs to be. Hypothetically, a very balanced deep team could win a championship or be a legit championship threat without a player of that caliber. On the contrary, we’ve seen a player like James Harden repeatedly lead contenders on the brink of a Finals appearance but fall short. Do we have enough evidence to say he can be the best player on a championship team?

My bar for an NBA superstar is consistently being an MVP-caliber player. Yes, there is still subjectivity here, but we can quantify this bar in several ways. First, before the season, preseason MVP odds are released, telling you who the public thinks is most likely to win the award. Fans and media members also list who they believe is in the conversation. The names you expect to hear consistently are “superstars.”

During the season, weekly MVP ladders are released. There are also awards for player of the week and month. By the end of the year, MVP ballots are cast, revealing a list of 10+ candidates and three finalists. Also, the league releases three All-NBA teams acknowledging the best players at their positions that season. These are good measuring sticks of a player’s legitimate candidacy.

In 2023, eight players are superstar locks based on this criteria. Those eight players are Giannis Antetokounmpo, Stephen Curry, LeBron James, Kevin Durant, Nikola Jokic, Luka Doncic, Joel Embiid, and Kawhi Leonard. Giannis, Steph, LeBron, and Jokic have won MVP multiple times. They have all been top 3 MVP candidates at least once over the past three seasons. Giannis, Steph, and LeBron have also won a championship with the FMVP in that stretch.

KD and Kawhi have won multiple FMVPs and titles. So we expect them to play at an MVP level when they’re available, especially when it matters most. Joel Embiid has been the runner-up for MVP in back-to-back years. Luka Doncic has made three straight All-NBA 1st teams and recently led the Mavericks to the WCF.

Jayson Tatum and Trae Young have played superstar-caliber basketball, but it is debatable if they belong with that top eight. However, both have had elite statistical production, made an All-NBA team, and been catalysts in deep playoff runs. They belong in a tier below the top eight for now, but I expect them to be superstar locks by 2023.

Benefit of the doubt

Several players remain superstars for a long time, but your status isn’t guaranteed. However, you will receive the benefit of the doubt until you prove undeserving over a substantial sample. For example, despite missing all of the 2021-22 season, Kawhi Leonard remained a superstar because he didn’t have the opportunity to defend that title.

James Harden and Anthony Davis are longtime superstars who have seen a decline. Harden seemingly lost his first step, and Davis has struggled to find his jump shot. Of course, injuries have affected these players, but we’ve seen a substantial enough sample to make them earn superstar status back. I predict both players can make their way back to at least the second tier of superstars.

On the other hand, Damian Lillard was sidelined abruptly with his abdominal injury, so I feel more comfortable keeping his spot. Dame averaged 34 PPG and 10 APG in his most recent playoff series! He’s not a superstar lock but can join Tatum and Trae in that second tier.

In total, I listed 11 superstars broken up into two tiers. Six players remain on the bubble making up the top 15-20 players in the NBA entering the 2023 season.