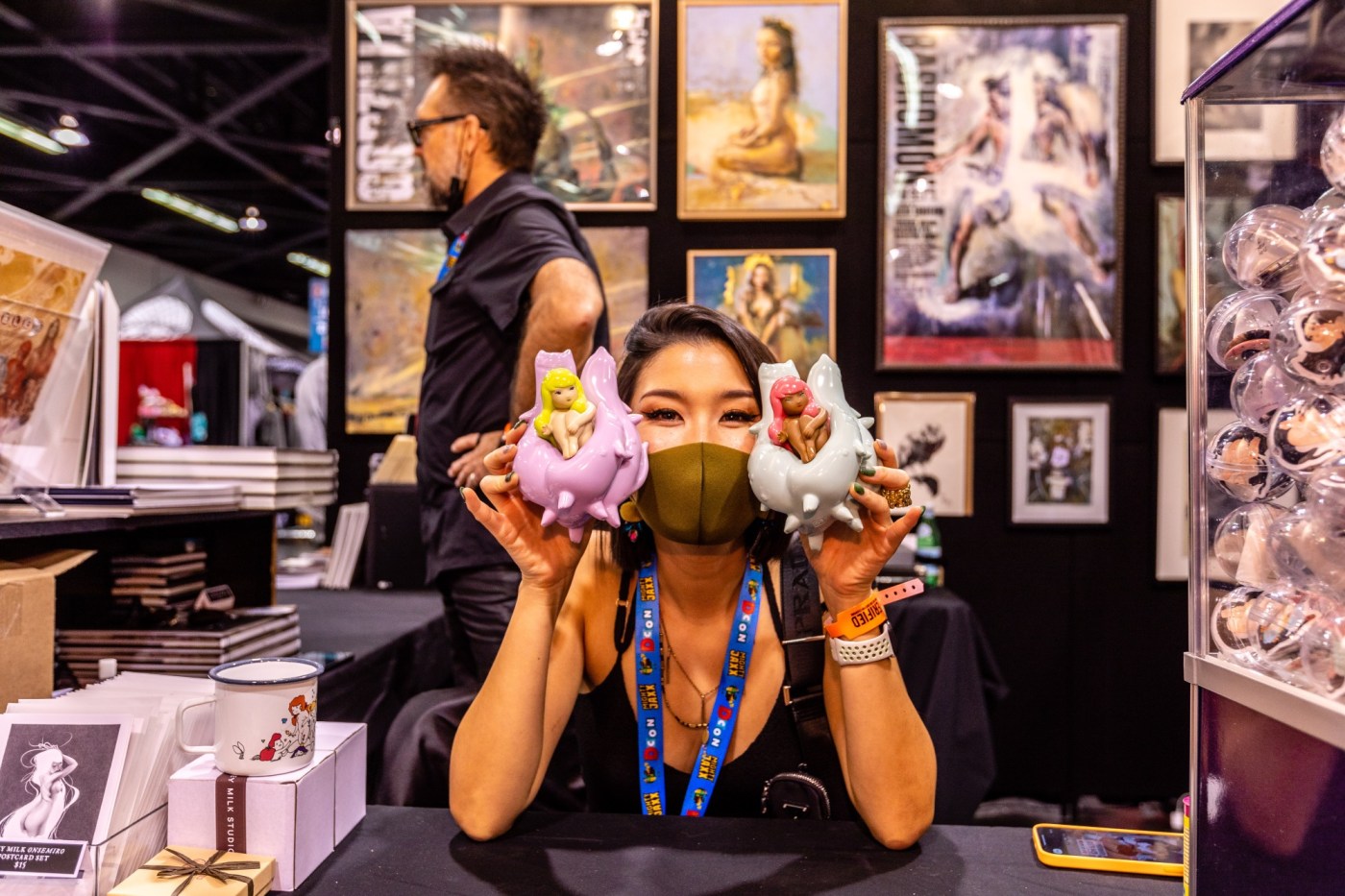 DesignerCon, the annual designer, vinyl toy and art convention, will return to the Anaheim Convention Center to boast several items for collectors and fans.

Attendees can expect an array of eye-popping sights such as a gigantic Andy Warhol banana in the lobby. In addition, Sony Pictures Animations will be celebrating its 20th anniversary and will screen some of its classic films. Animation pros will also face off in storyboard creation duels with a Pictionary competition of speed drawing scenes from Sony films suggested on-the-spot by attendees.

Some of the exclusive toy vendors include Medicom Toys, a Japanese toy company making an exclusive stop at the event. It will also feature popular female artists such as Valfre, Allison Bamcat and Nina Palomba and showcase Web3 digital collectibles through DeisgnerCon’s digital program led by VEVE.