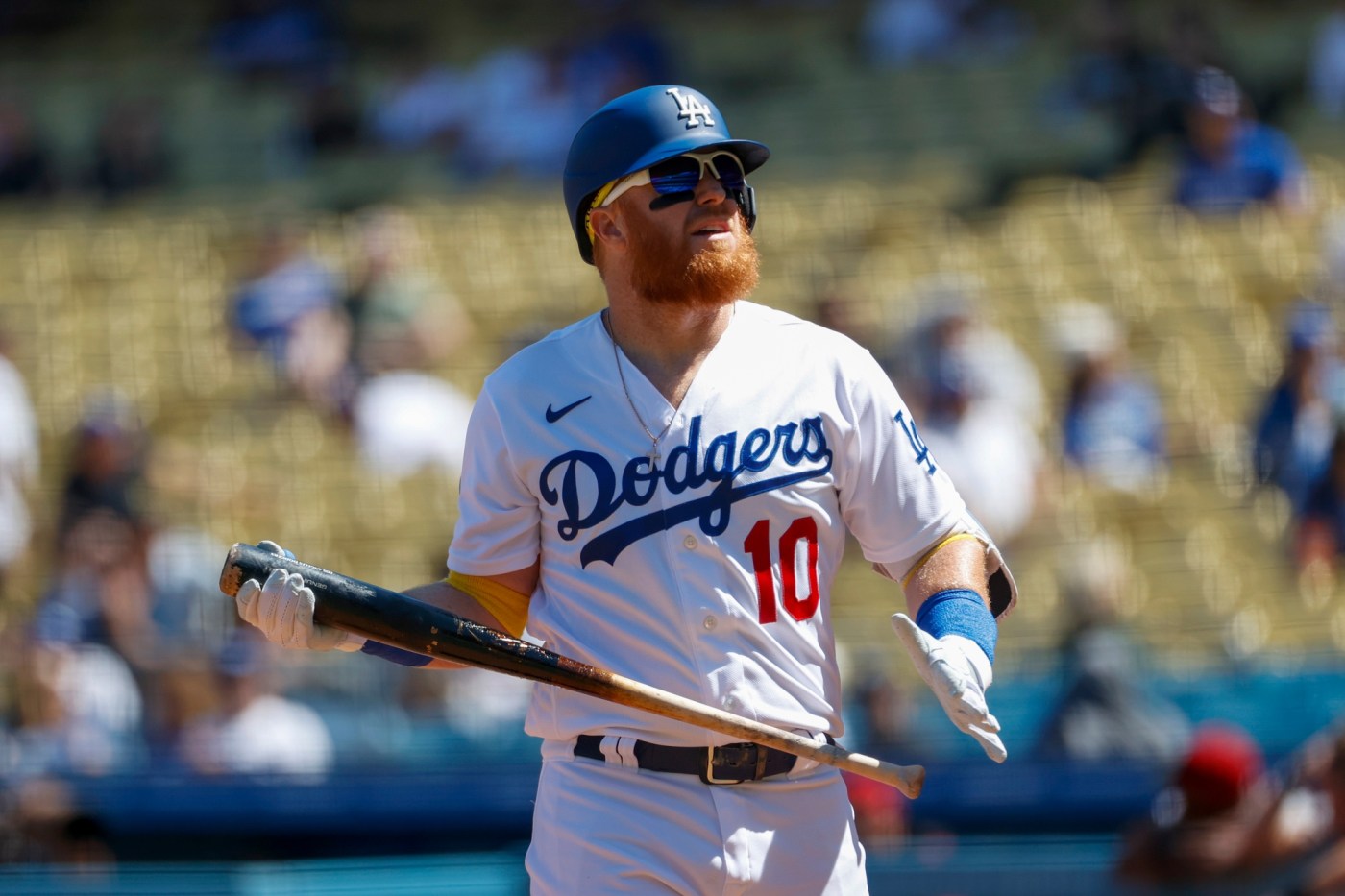 LAS VEGAS — The Dodgers declined to exercise the club option in Justin Turner’s contract. But the veteran’s time with the Dodgers might not be over.

The same can be said for Clayton Kershaw, who did not receive a qualifying offer before Thursday’s deadline. The Dodgers did not extend a qualifying offer to the free-agent pitcher last year either but he re-signed with the team in the spring, returning for his 15th season with the Dodgers in 2022.

The Dodgers did extend the qualifying offers to Trea Turner and Tyler Anderson.

Players have until Nov. 20 to accept or decline the qualifying offers. If they accept, they return to the Dodgers on a one-year, $19.65 million contract for 2023. If they decline, the Dodgers will be in line to receive draft-pick compensation if the players sign with another team.

Trea Turner is certain to decline the qualifying offer. The shortstop is believed to be seeking a contract in the same neighborhood as the 10-year, $325 million Corey Seager got in order to leave the Dodgers for the Texas Rangers a year ago. The Phillies, Cubs, Giants, Cardinals and Mariners are all believed to be interested in him, along with the Dodgers. They could be joined by the Red Sox or Braves depending on the status of their own in-house free agent shortstops, Xander Bogaerts and Dansby Swanson.

A $19.65 million salary in 2023 would represent a big raise for Anderson, who signed a one-year, $8 million contract with the Dodgers last spring, eschewing multi-year offers for the opportunity to pitch for a championship contender and prove himself on a one-year deal. The 32-year-old left-hander did that, going 15-5 with a 2.57 ERA and making his first All-Star team.

But Anderson might be interested in parlaying that All-Star season into more security than a one-year deal offers. That might be more difficult now with draft-pick compensation attached to his signing.

Since the qualifying offer was instituted in 2012, only 11 of 110 players who received the offer accepted it.

Justin Turner now joins them on the free-agent market. The Dodgers owe the third baseman and designated hitter a $2 million buyout of the option and can still re-sign him for 2023. They have been in contact with his representatives in recent days, discussing a new contract at a lower salary than the $16 million he would have received if they exercised his club option.