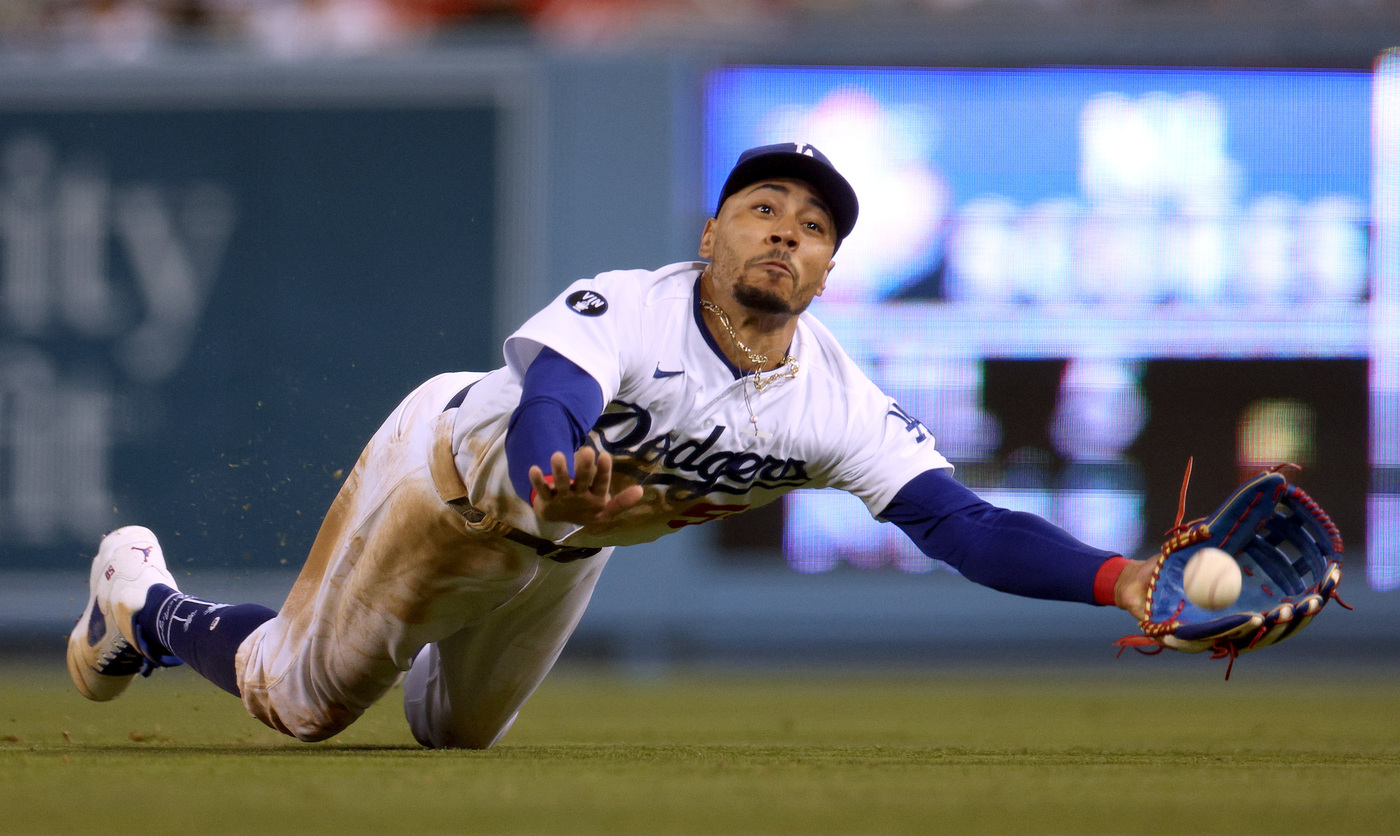 The Dodgers’ Mookie Betts was named the National League’s 2022 Rawlings Gold Glove Award winner in right field, beating out the Arizona Diamondbacks’ Daulton Varsho and the San Diego Padres’ Juan Soto for the honor on Tuesday.

It is the sixth Gold Glove Award for Betts, who won five consecutive years from 2016-2020 and was a finalist for the honor last season but lost out to the Atlanta Braves’ Adam Duvall.

Betts, 30, finished second in the NL with 136 games in right field, while recording a .994 fielding percentage with only two errors and eight outfield assists. He was among the NL right field leaders in games (second), innings played (1154.1, second), assists (tied for third), Ultimate Zone Rating (12.5, first), total zone rating (31, first) range runs or RngR (7.7, first), Ultimate Zone Rating per 150 games (15.2, first), Outs Above Average (5, first) and Defensive Runs Saved (15, first). According to the SABR Defensive Index (SDI), Betts was the top right fielder with a score of 11.9, ranking seven points better than Varsho, who finished with a 4.8 score in right field.

To qualify for a Gold Glove Award, all non-pitchers must have played in the field for at least 698 total innings through their team’s 138th game, which equates to playing the field for approximately 7.5 innings per game in nearly 67% of games to ensure that only full-time players are considered.

Gold Glove Award winners are calculated based on a combination of voting by managers and coaches, and approximately 25% of the SDI. The 2022 season is the first time utility players have been included among the finalists.

Only the manager and up to six coaches from each club vote, for a total of seven submissions per team. Managers and coaches can’t vote for their own players and can only submit ballots for those in their same league.

In 2013, Rawlings added SDI to the Gold Glove Award selection process, which comprises approximately 25% of the overall selection total, with the managers’ and coaches’ votes continuing to carry the majority.

Pitcher Tyler Anderson was the Dodgers’ only other finalist, but Atlanta’s Max Fried, a former Harvard-Westlake High standout, won it.

The Cleveland Guardians’ Shane Bieber was the American League winner at pitcher, one of a record 14 first-time winners this year. The Laguna Hills High product adds that to a résumé that already included the 2020 AL Cy Youing Award and the 2019 All-Star Game MVP Award.

The Angels’ Brandon Marsh (left field), who was traded to Philadelphia in August, and Luis Rengifo (utility) were AL finalists at their positions but did not win.