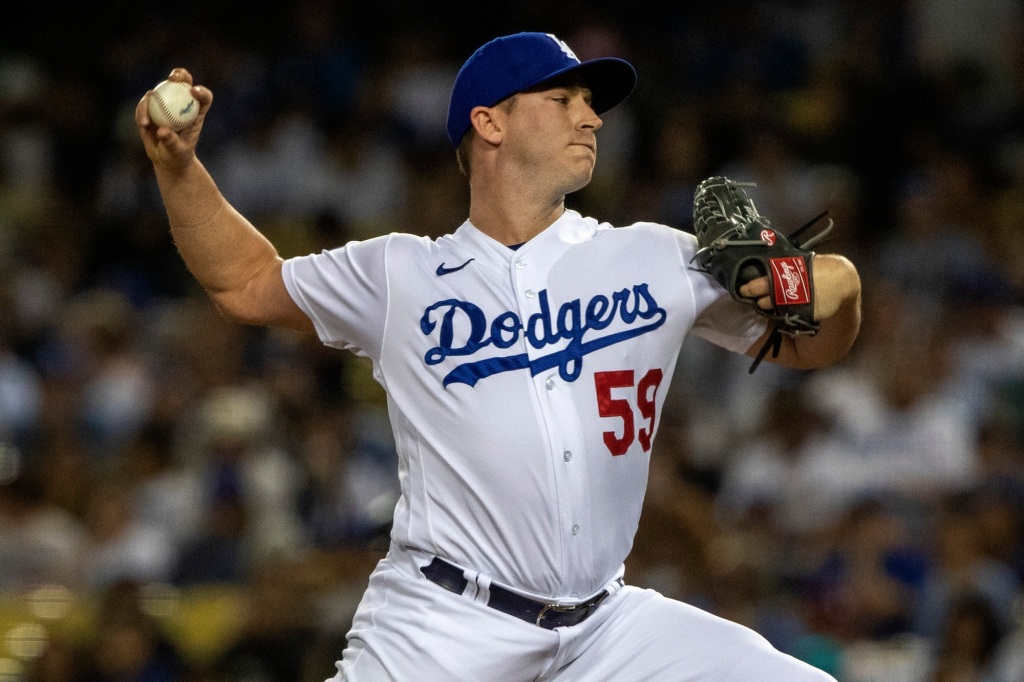 SAN DIEGO — In case anyone has forgotten, it will take a bullpen village to win a World Series.

And for all the angst that relief pitching has caused the Dodgers over the years, maybe Dave Roberts’ announcement a week ago that they’ll begin their postseason run with a bullpen-by-committee approach will turn out to be the shrewdest move that he (and Andrew Friedman and the rest of the research and development staff) could make.

Consider, first of all: There might be plenty of effective arms available in pursuit of the 297 outs necessary to win 11 games and a championship. And, given the performance of erstwhile closer Craig Kimbrel this season, it is far better not to be locked into one guy to pitch the ninth. That has gotten Roberts and his club into trouble in past postseasons.

The last six World Series have been won with an assortment of arms available for various roles. In fact, when it comes to the last guy on the mound in the last game, only one was his team’s regular-season saves leader – Atlanta’s Will Smith (aka Will The Elder), last year.

You’ll remember that Julio Urías was the Dodgers’ Swiss Army Knife in the 2020 postseason, and struck out four in the final 2-1/3 innings to nail down Game 6 and the championship.

(You might also remember that Kimbrel, who had saved 42 games for the Boston Red Sox in the 2018 regular season, pitched in each of the first four games of the 2018 World Series against the Dodgers, but when the Red Sox wrapped up the series in Game 5 at Dodger Stadium Kimbrel didn’t come near the mound. Chris Sale, a starter, pitched the ninth inning and got the save.)

The point is that those outs can come from a variety of sources, and it might be more trouble than it’s worth to (a) lock yourself into using one ninth-inning guy, or (b) deal with the questions and assumptions when you don’t use that one ninth-inning guy. Consider the raised eyebrows in 2020 when Roberts passed up Kenley Jansen for Brusdar Graterol in a save situation in Game 2 of the wild-card round against Milwaukee, one night after one of Jansen’s cutters lit up the radar gun at an unaccustomed 86 mph.

After that game, Roberts was asked if Jansen was still the closer, and he answered affirmatively, even though he had Graterol warming up behind Jansen in the ninth inning. The next night, Graterol pitched the ninth after Clayton Kershaw worked the first eight to close out the best-of-three series, and the questions increased.

Better to avoid those queries altogether, as long as you have sufficient options.

The Dodgers could – emphasis on could – have plenty, but much depends on the medical reports. Blake Treinen had an encouraging bullpen outing, Roberts said before Thursday’s game. Tony Gonsolin is scheduled to pitch two innings against Colorado Monday. If Dustin May’s back is healthy, that’s another option.

And the decision to use Graterol as an opener here Thursday night and have Andrew Heaney follow him to the mound was made with a specific postseason scenario in mind.

“It’s just something to continue to give us optionality going forward,” Roberts said. “Andrew’s been a starter his entire career. So to kind of give him a little opportunity to come out of the ’pen and see what that’s like, feel what that’s like, just made a lot of sense.”

So far, so good. Heaney entered in the second inning with the Dodgers already trailing 2-0, worked out of a bases-loaded jam without allowing a run in the second, retired nine of the final 10 men he faced and left as the pitcher of record when the Dodgers scored three in the top of the sixth for a 4-2 lead over the Padres.

So the Dodgers could have a bullpen with several multi-inning guys or piggy-back guys. Given the health hits their starting rotation has taken, as well as an unforgiving, non-traditional schedule with no off day between Games 4 and 5 in the National League Division Series or between Games 5 and 6 in the NLCS, flexibility will have to be the order of the day once they’re past Urías, Kershaw and Tyler Anderson at the top of the rotation.

Does this possible surplus of arms make it easier or more difficult on a manager?

“I think it’s easier,” Roberts said. “… You have your best potential option for that point in the game, and you feel confident to deploy him and take down an inning or two. And (the way) the back end falls out, then you can make a decision at that point in time. But having roles and being put in a corner is tougher to navigate.”

It’s also true that when there are more choices, there are more opportunities to make a mistake – and a good percentage of the armchair managers in the greater Los Angeles area are convinced that Roberts can’t possibly make the right choice. (How they explain Urías in 2020, I have no idea.)

But using the closer just because he’s the closer can backfire, too. It’s happened enough in the less stressful segment of this season that Roberts (and Friedman, and the rest) determined it wasn’t worth taking that chance in the postseason, and for that I applaud them.

“There’s guys we feel good about with guys on base, right(-hander), left(-hander), certain guys in a clean inning, certain guys to do it up/down (finish one inning and then start another),” Roberts said. “I just think to have as many options as we have with neutral arms, which we do have, it makes life a little bit easier.”

The bottom line, of course, is that come October 11 easy goes out the window. But a deep, flexible bullpen also carries this benefit.

“It just allows for us not to have to go to the well too many times, which we have been guilty of at times,” he said.

So can we say definitively that closers are overrated?