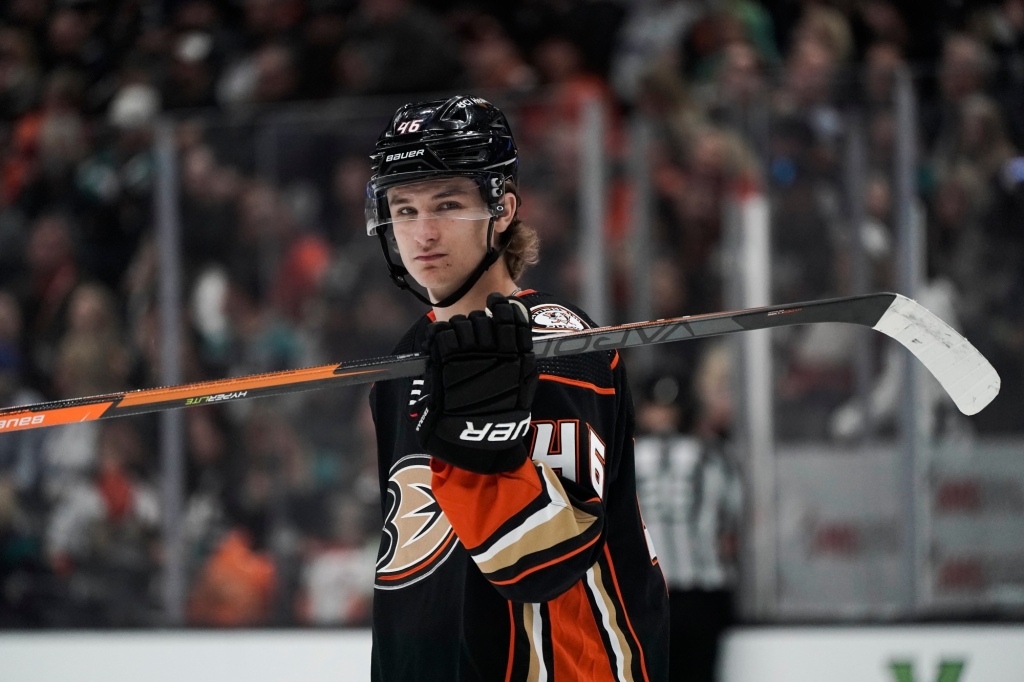 ANAHEIM — It was a potentially costly preseason game for the Ducks.

Ducks star Trevor Zegras suffered an upper-body injury in the second period of their 3-1 victory over the Arizona Coyotes on Wednesday night at Honda Center.

Zegras was carrying the puck into the neutral zone and took a hard hit at the red line from Coyotes forward Jan Jenik at 8:13 of the second period. From the minute Zegras went down – in obvious discomfort – the Ducks were bracing for bad news. He immediately went back to the dressing room.

The Ducks announced before the third period that Zegras would not be returning. It was the Ducks’ third preseason game and had been the first appearance by Zegras. Against the Coyotes, he centered Adam Henrique and newcomer Frank Vatrano.

“He got dinged,” Ducks coach Dallas Eakins said of Zegras. “It was obviously a very hard hit. You never like to see your player go down like that. I thought our team – especially Adam Henrique – had the appropriate response.”

“I haven’t even touched base with our trainers,” Eakins said.

Defenseman John Klingberg also left the game early, but Eakins did not sound concerned about that being anything significant.

“Klingberg is not an injury at all,” Eakins said. “Nothing to do with anything like that. We don’t have to worry about him being out long term.”

Expectations have been raised for the 21-year-old Zegras in a meaningful way after a headline-making rookie season. Last season, he had 23 goals and 61 points in 75 games and finished second in Calder Trophy voting to Moritz Seider of the Detroit Red Wings, who led rookie defensemen in assists (43) and points (50).