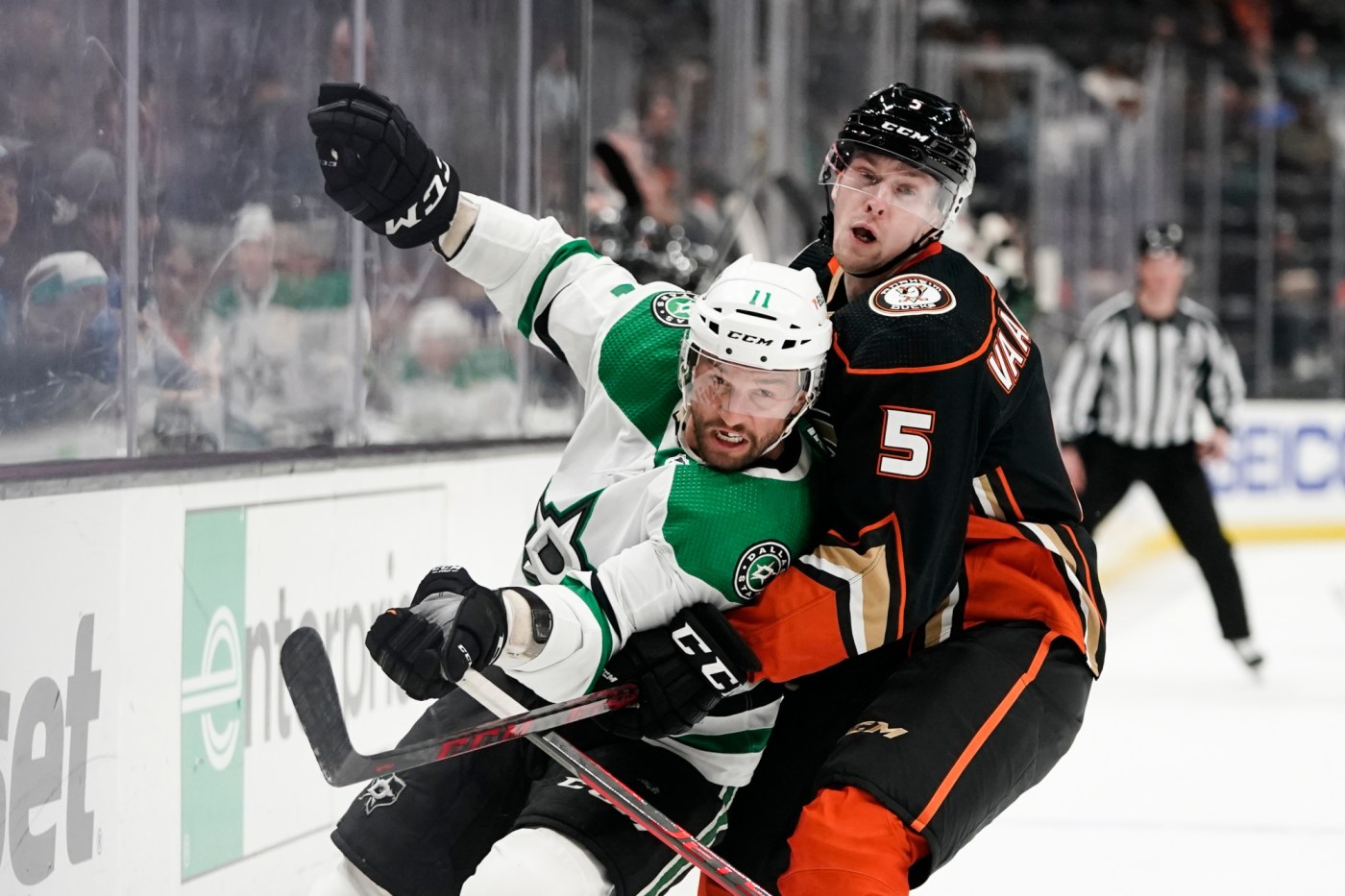 ANAHEIM — There are some things that Ducks defenseman Urho Vaakanainen doesn’t remember about the preseason game against San Jose on Sept. 30 at Honda Center.

In the first period, Vaakanainen went crashing into the end boards and had to be taken off the ice on a stretcher and was briefly hospitalized.

“I remember pretty much everything outside of that hit,” he said on Thursday. “I have maybe a black spot like 20, 30 minutes that I can’t remember. I can’t remember the shift before that hit and then I woke up in the ambulance.”

Vaakanainen was talking for the first time about the events of that night and what followed afterward. Thanksgiving Day coincided with a meaningful development in his return to health as he was finally able to take part in practice with his teammates.

Appropriately, he wanted to make a point of giving thanks.

“It was great,” Vaakanainen said of returning to practice. “It’s been a long time since that accident and I just want to say thank you to the medical staff and the training staff here at the game who took care of me, on the ice and off the ice. I just wanted to thank all the teammates. I saw that they all gathered round and gave me stick taps. It was good to see and thanks to everyone.”

His return to practice came the day after the Ducks defeated the New York Rangers, 3-2, which was their first win in regulation this season. Vaakanainen’s presence provided another emotional lift.

“A guy gets tangled up on a hit like that and misses this much time and to see him back around the rink and then progressing and now full bore with the team – it just makes you feel good that he’s OK,” Ducks coach Dallas Eakins said.

“He’s able to get back to doing what he loves.”

Said Vaakanainen: “I saw what Dallas said. He said how much my teammates loved me and that was really awesome to see. There were a lot of messages from my teammates after that and I’m just really really thankful for my teammates.”

Vaakanainen hasn’t been with the Ducks that long.  The 23-year-old Finn, drafted by Boston (18th overall, in 2017), was part of the Hampus Lindholm trade with the Bruins and played 14 games with the Ducks last season.

It took quite some time before he started feeling like himself again and could take the big step of resuming skating about four weeks ago.

“It was a long recovery,” he said. “Up and down a little bit. But fortunately now, I feel good. You never want to have too many hits in the head, especially bad ones like that. It’s not fun, not good for your head, and you’ve just got to take it carefully.”