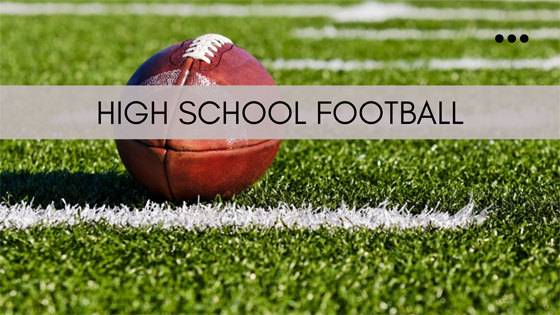 WILDOMAR — Orange Vista was the football team that had a reputation for producing big plays on offense.

Elsinore turned the tables on the Coyotes during the opening minutes of Thursday’s Ivy League showdown.

Mykai Skinner scored on a pair of long runs as Elsinore quickly established a double-digit lead. The defense stepped up as well, forcing three turnovers, as the Tigers held off a fourth-quarter charge and walked away with a 23-22 homecoming victory.

Elsinore (6-1, 1-0 in league) shared the Ivy League championship with Heritage and Temescal Canyon last season. The Tigers now are in the driver’s seat as they sit alone atop the standings with three games to play.

“It’s team beating talent,” Elsinore coach Tony Peralta said. “Orange Vista is bigger and faster than we are, and they were undefeated coming in… We weren’t supposed to win, but good things happen when our kids play together.

“I’m proud of this team, especially with it being homecoming. They really brought out the spirit and tradition of Elsinore football, past and present.”

Skinner stunned Orange Vista’s defense on the third play from scrimmage, as he took a pitch from Semaj Moore to the right side of the field and raced 76 yards to put Elsinore ahead just 95 seconds into the game.

“First off, I want to thank my entire offensive line for the job they did,” said Skinner, who finished the night with 182 yards and three touchdowns on 15 carries. “I got the pitch and saw the hole open up and I just took it.”

Orange Vista (6-1, 1-1) had a rough start offensively, as Elsinore’s Michael Celaya pounced on a fumble to give the Tigers excellent field possession. Three consecutive penalties put Elsinore in a tough spot — third-and-31 — but Skinner found daylight once again, bursting through the middle for a 59-yard touchdown run.

“We always seem to have that one guy who can really make the big plays,” Peralta said. “Mykai had to step up and play on defense tonight because a starter was injured. I’m really proud of his effort on both sides of the ball.”

Orange Vista capitalized on Elsinore’s lone turnover to get on the scoreboard in the second quarter. Dionte West recovered a fumble, and six plays later Sire Gaines scored on 2-yard run to give the Coyotes a spark.

Elsinore extended its lead to 16-6 when Drew Sprague kicked a 23-yard field goal with 2:57 remaining in the half. Orange Vista had a chance to score before halftime, but Julian Santoyo intercepted a pass with eight seconds left.

Elsinore’s opening drive of the second half was impressive, as the Tigers went 81 yards on 15 plays and ate 10 minutes off the clock. Skinner capped that drive with a 9-yard run as Elsinore extended its lead to 23-6. Elsinore’s defense stepped up again at the start of the fourth quarter, when Nicholas Gonzalez intercepted a screen pass intended for Gaines.

“We go all out in practice, and you play how you practice,” Gonzalez said of the defense’s performance Thursday. “We like to keep our foot on the pedal, even when we have a big lead. We did that tonight and were able to get the job done.”

Orange Vista made a charge late in the fourth quarter. Gaines scored on a 1-yard run and added a two-point conversion to cut the deficit to 23-14. The Coyotes recovered an onside kick, and Khalil Abdul-Aziz found Iese Magalei for a 10-yard touchdown pass. Abdul-Aziz connected with Alofa Mageo on the conversion to get the Coyotes within 23-22.

Elsinore recovered an onside kick with a little more than three minutes remaining on the clock. The Tigers were able to run most of the time off the clock before turning the ball over on downs with 12 seconds left.

Gaines carried the offensive load for Orange Vista, running for a career-high 238 yards on 28 carries while also catching five passes for 56 yards.

“We needed something like this to happen to get us refocused,” Orange Vista coach Greg Zomalt said. “I expected Elsinore to score points. That’s a hard offense to defend. I was disappointed that we were not able to pass the ball effectively.”