Everything To Know About Her 3 Children – Hollywood Life 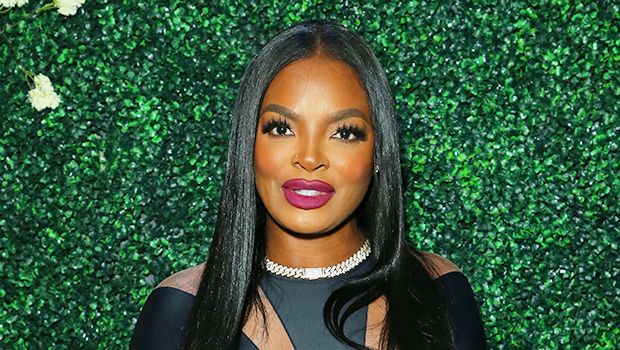 Basketball Wives star Brooke Bailey, 45, announced the death of her 25-year-old daughter Kayla Bailey via Instagram on Sept. 25. Alongside a series of snapshots of Kayla growing up, she wrote, “Forever my baby, Pretty Black aka Kayla Nicole Bailey. This is not a goodbye. Mommy will see you soon.” Brooke did not reveal how her daughter died, but she gushed about how much her daughter is loved on her Instagram Story. “My baby girl is so Loved by all of youuuuu!!!” she wrote after sharing dozens of tributes to her daughter on her Story. “The love and support my family has received today is unreal and so appreciated.”

She continued, “Thank you! Kayla left a mark on so many lives. She entered the room and demanded love, respect, and attention.” In a third post, she added, “If you had the pleasure of meeting her and being friends with her, she has forever changed your life.”

Aside from Kayla, Brooke is the mother of two boys. Her boys, per Sportskeeda, were born in 1998 and 2004, but there is nothing known about her youngest son and he does not appear on her Instagram feed. Read on to learn about Brooke’s late daughter and middle child, Shumecio.

Kayla was born in 1996 and was an entrepreneur like her mother, who has fashion and skincare lines. She lived in Memphis, Tenn. and was a hair stylist who began accepting clients less than 10 days before her tragic death. A glance at her Instagram feed showed that she loved fashion and enjoyed nights out with friends. She was also proud of being single and even called herself “high maintenance” because she was the one “maintaining it”.

Shumecio was born in 1998 and is a sneaker reseller. He also teaches people how to get started in the shoe reselling business through his online course titled “The Beginner’s Guide to Reselling Sneakers”. As a teen, Shumecio played football at Little Rock Central High School in Arkansas and graduated in 2016.

When Kayla died, he posted a slideshow of photos with her growing up and expressed how close they were by writing, “For years it’s been just us, but now that you’ve left me it’s just me,” in the caption. He did not mention his brother and none of the childhood photos he shared included his brother.

Who Is Kayla and Shumecio’s Father?

Shumecio and Kayla’s father is unknown. Brooke had Kayla when she was just 19 years old and got married soon after that. That relationship did not work out, and she got married again while in her 20s. She spoke about the reality of getting married and divorced twice in her 20s in a 2014 interview with The Jasmine Brand. “The first time I got married I was like 20 and the second time I got married, I knew I should not have been marrying him but I was like, ‘I’m going to do it for my kids,’ which was the wrong decision,” she recalled. “I did that and it didn’t work out but I knew that when I was getting myself into it that it wasn’t the right thing to do and I was in my early 20s then too.”

Kayla then spoke about focusing on bettering her life and raising her kids after the two divorces. “I was just like let me chill and focus on me and get myself together to figure out what it is that I want to do and then two, I was going hard in my career so I really didn’t have time to have someone that I really wanted to settle down with,” she explained. “I wasn’t really looking for that. I was like, let me go hard, make my money, take care of my kids. I dated here and there because I am still a woman and I have emotions and I still want to have some adult attention but at the end of the day, I was not looking for anything serious.”

Kayla married Ronnie Holland in 2014, but they broke up in 2021. Kayla has also been linked to former NBA player and new NBA coach Rashard Lewis and former basketball player Vernon Macklin.