How to Set Up a VPN on iPhone or iPad?


How to Set Up a VPN on iPhone or iPad?

Friends today we shall be discussing one of the major queries people keep asking, which is How to Set Up a VPN on iPhone or iPad? For those of you who don’t know about VPN, let me first tell you the basics about VPN. Guys, VPN stands for Virtual Private Network. Basically, a Virtual Private Network (VPN) provides secure access over the internet to private networks, from a different location that is being shown in your digital signature. 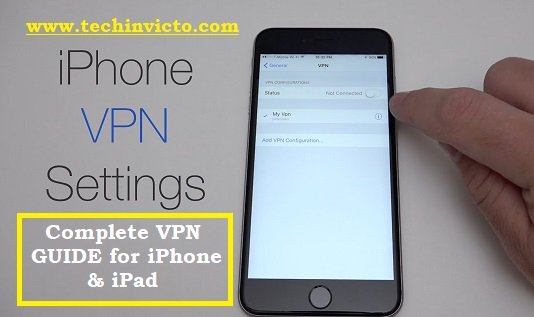 VPNs services are ideally suited for times when you’re away from the office or in another country but must convince your computer or any other network that you’re in another location. On iPhone and iPad, Apple has made it relatively easier to set up a VPN. Here’s how to Set Up a VPN on iPhone or iPad?

Why Use a VPN on iPhone or iPad?

There are mainly two reasons why you should use a VPN on iPhone and iPad.

VPNs also have the additional protection of adding new levels of security to your mobile iPhone, iPad, or other devices. For example, most VPNs offer Wi-Fi encryption and can also block ads, trackers, viruses, and malware. This is a capability provided by VPNs which is perfect & proves out to be very useful for free hotspots around town or when traveling abroad. Most VPN services also allow for many simultaneous connections, unlimited bandwidth, and much more. Increasingly, many folks are now using a VPN simply to mask their real IP address. Instead, the VPN displays the IP address of the server that you’re connected to. And adding a VPN to your Wi-Fi router will help protect your IoT devices like smart speakers, smart lights, and Ring doorbells, for example.

To Set Up a VPN on iPhone or iPad or just using a reliable virtual private network (VPN) can be a safe way to browse the internet from anywhere around the world. VPN security is being used popularly to prevent data from being snooped on by government agencies, or major corporations, or even to access blocked websites. However, using a free VPN tool on iPhone or iPad can also be pretty insecure.

While looking for a VPN service for iPhone or iPad, you must also need to make sure that it offers servers in the country or countries important for your circumstances. Each of the VPN service providers for iPhone or iPad has a large footprint around the world, though some are even larger than others.

Setting Up VPN on Your Apple iPhone or iPad Device

After shortlisting & signing up for any renowned global VPN service, the time has come to install it on your iPhone or iPad device. For most people, this would involve installing that VPN app from the VPN service provider website. You can also Set Up a VPN on iPhone or iPad manually as you’ll learn below. 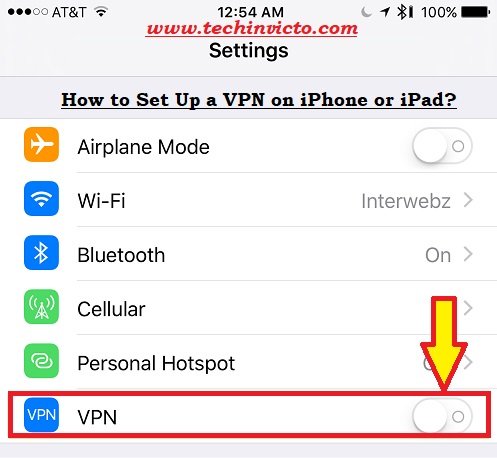 Here below we have mentioned the steps to install Surfshark on an iPhone, you can use any other VPN app too. Just make sure, some of these steps might differ in other VPN apps, according to the vendor.

Voila! You have successfully connected to a VPN on iPhone or iPad. You can just click on the “Disconnect” button whenever necessary.

To change your device’s virtual location inside the VPN app, all you have to do is:

Now in the virtual world, your iPhone or iPad device now appears to be located at the location you just selected.

Set Up a VPN on iPhone or iPad Manually:

You are now connected manually to a VPN on your iPhone or iPad.

For most people, setting up a VPN on an iPhone or iPad Apple device is as simple as installing an app and following directions. For others, it might require setting up the VPN manually. In any case, a VPN connection will allow you to access any files, websites, and other online content as if you’re in a different physical location in the world. Setting Up a VPN on iPhone or iPad also allows you to hide your true location from others.

Best iOS 15 settings to be turned ON, enable them manually