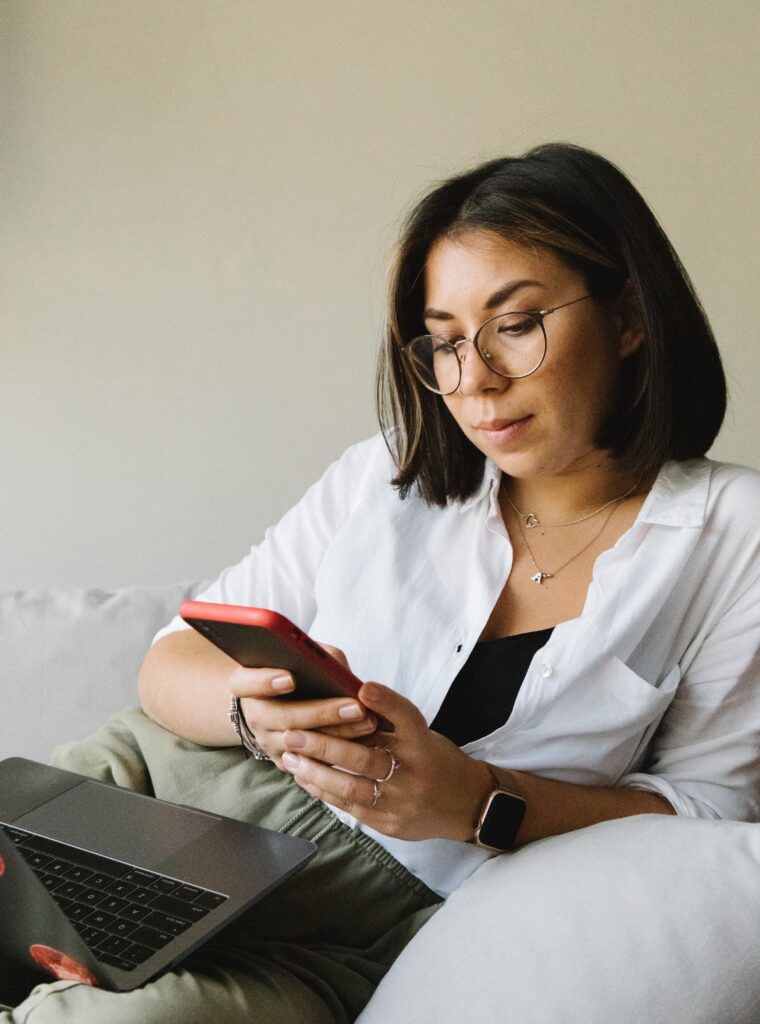 A predicted overturning of the landmark Roe v. Wade case by the U.S. Supreme Court may force some people of childbearing age to turn to telehealth and femtech (technologies such as mobile apps or other products related to women’s health and wellness) for reproductive care, potentially crossing state lines to use these options.

There are many health IT angles to pursue within this larger story, including what telehealth and femtech providers are doing about safeguarding their patients’ and consumers’ data. Journalists can also find out what users of these services are concerned about, what advocacy organizations are promoting to protect consumers, and some downstream effects regarding women’s health and data collection.

The overturning of Roe v. Wade could lead to a surge in visits to telehealth clinics prescribing abortion medications online, STAT’s Health Tech newsletter reported in its May 5 issue. However, the clinics would only be able to operate in states where abortion — and telemedicine prescriptions for the medication — remain legal — meaning patients in more restrictive states would have to cross state lines to access virtual care.

Medications are typically delivered by a mail-order pharmacy directly to a patient’s home. Some providers, such as Abortion on Demand and Just the Pill, have sprung up for this purpose, while other established groups like Planned Parenthood added this service to their offering, the Health.com article noted.

Until December 2021, certified telehealth abortion prescribers had to meet specific requirements such as being doctors, prescribing medication, pre-purchasing medications and stocking them to dispense directly to patients. More recently, the U.S. Food and Drug Administration loosened some of the requirements, allowing mail-order pharmacies to deliver the medication.

If Roe v. Wade is overturned, residents of states that ban the mailing of abortion pills may not be able have pills sent to them from other states, the article said. Therefore, some patients may need to travel to other states to pick up or take their medication. The person seeking the service and anyone who aids them in accessing medication may be at legal risk.

Some states are gearing up in advance of any Supreme Court announcement. Tennessee Gov. Bill Lee signed a bill into law in early May that would make providing abortion via telehealth a Class E felony, punishable with a fine of up to $50,000, Healthcare IT News reported. The state already requires physicians to be physically present with patients when providing medication for abortion. The new law also mandates a follow-up visit within two weeks of medication administration.

Some women have been able to circumvent these restrictions by getting pills online from overseas pharmacies that can’t be reached by U.S. laws, the Washington Post reported. Vendors say those pills are the same quality as those sold in the United States but their importation has not been approved by the FDA. States that ban shipments of the drugs do not have the authority to search mail items, and the pills generally arrive in an “unassuming envelope,” the Washington Post article explained.

The Supreme Court decision could also impact whether information found in a person’s cell phone or period-tracking mobile applications and other femtech products that leave digital trails could be subject to scrutiny.

Mobile phones can record communications, search histories, body health data and other information, a recent Washington Post story noted. Data collected through Facebook, Google and apps may change hands or seep into a broader marketplace run by data brokers, the article said, and could be a target for subpoenas or court orders. Police or even private citizens potentially could buy data and use it to investigate suspected abortions. As a result, groups such as the Electronic Frontier Foundation have published guides for consumers to avoid surveillance while seeking an abortion or reproductive health care. Wired magazine also published a story with tips to protect consumers.

Femtech and women’s health companies are also compiling resources about abortions and low-cost or free access to birth control and emergency contraception, according to a recent blog post by Bethany Corbin, a senior counsel with Nixon Gwilt law firm.

Corbin will be a panelist for AHCJ’s upcoming July 13 webcast on femtech. More details will be announced soon.

There are at least four ways in which a woman’s reproductive health data could make its way to law enforcement, Corbin said:

“If Roe v. Wade falls, I think it puts in jeopardy a lot of the fundamental structures that we have in femtech because it’s all based on consumer trust,” Corbin explained in a phone interview with AHCJ. If people think that reproductive health data can be used against them, they’re going to stop putting it into the apps, she added. Long term, that could mean fewer data would be collected and shared to gain broader insights into women’s health.

It also may impact the diversity of data collected, she said. “A lot of the states that have trigger laws that will go into effect and ban abortions typically have a much higher abortion rate for African-Americans, Asian-Americans and Hispanics than they do for Caucasians. And so, those populations are going to be much more afraid to use those apps and input their data, and any research that we do have coming out is going to exclude those populations.”

For example, in 2021, Flo Health, a period and cycle-tracking app, settled Federal Trade Commission allegations that the company shared users’ health information with outside data analytics providers after promising such information would be kept private, according to the FTC website.

In 2020, The California Attorney General’s office announced a settlement against Glow, Inc., a tech company that operates a fertility-tracking mobile app, for “serious privacy and basic security failures that put women’s highly-sensitive personal and medical information at risk,” a press announcement stated — including security issues that could have allowed third parties to reset user account passwords. In addition to a $250,000 civil penalty, the settlement included terms that required the company to comply with state consumer protection and privacy laws and a first-ever term requiring it to consider how privacy or security lapses may uniquely impact women.