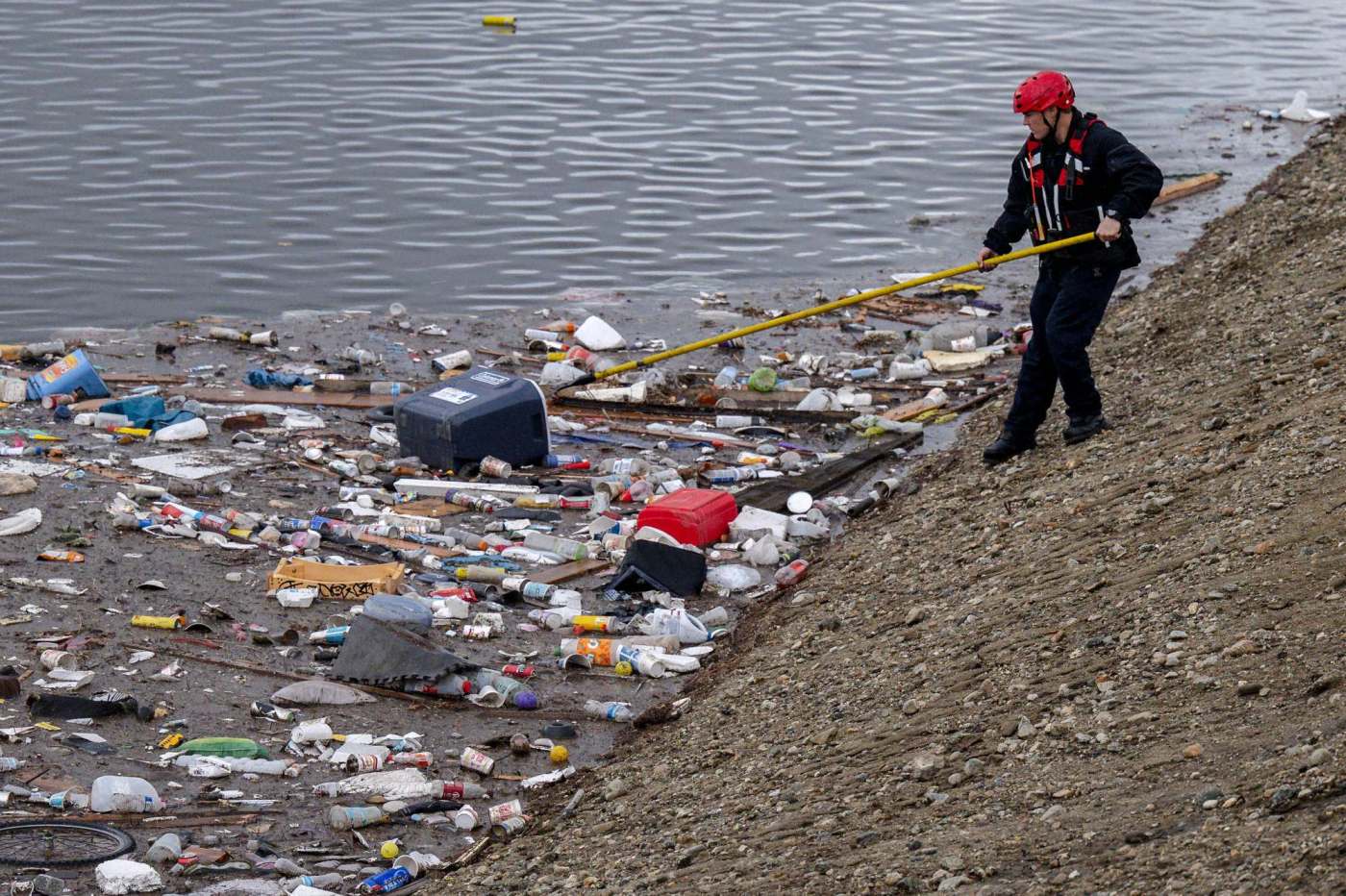 San Bernardino County sheriff’s dive team used inflatable boats and sonar Wednesday, Nov. 9, in an effort to find at least four homeless people who were swept away by surging floodwater the day before in the Cucamonga wash in Ontario.

Missing person reports were filed with police on two people, Fire Chief Raymond Gayk said. Based on witness accounts, Gayk said he believes two other people — and maybe more — could be in the wash.

One victim, a 63-year-old man, was found dead in the wash on Tuesday. Three others were rescued.

On Wednesday, searchers were focusing on the area near the intersection of E. Philadelphia Street and S. Baker Avenue, where the concrete channel empties into a dirt catch basin. The basin is about 100 yards wide and a quarter-mile long. A gauge showed the depth of the water to be 7 feet.

Runoff from Upland and Rancho Cucamonga feeds the wash, which begins at E. 4th Street and N. Grove Avenue.

#4thStIC– Morning Briefing has concluded and crews are headed out to continue the search for the missing subjects. pic.twitter.com/dtNsHENH2J

A deputy with a sheriff’s team that assists homeless people in remote areas who are mentally or physically ill was at the wash Tuesday with a behavioral health nurse when he was flagged down by someone who said people in the wash had been swept away, said Mara Rodriguez, a sheriff’s spokeswoman.

“The deputy went to the aid of the people in the wash and was able to help one of them to safety as the water quickly began to flood the wash,” Rodriguez said.

Homeless people live in the tunnels that feed the wash, Gayk said.

“We struggle with it all the time,” he said.

Staff photographer Will Lester contributed to this report.

This story is developing. Please check back for updates.