Liz Seegert is an independent health journalist and AHCJ’s topic leader on aging. She covers older adults, baby boomers, health policy, and social determinants of health, as well as many other health issues. Her bylines include stories for PBS/NextAvenue.org. the American Journal of Nursing, TIME Health, Medscape, Consumer Reports, and Medical Economics, as well as dozens of other trade and mainstream media. Her articles have been syndicated in Forbes.com, the Los Angeles Times, the Hartford Courant, the Saturday Evening Post and other major outlets. 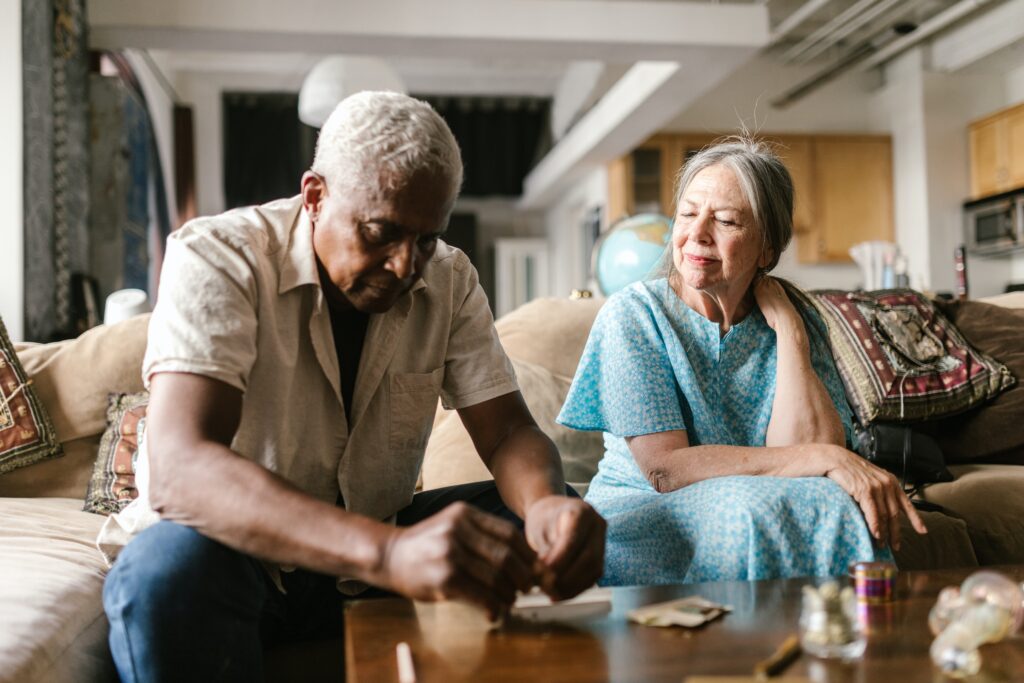 Millions of older adults will soon benefit from lower prescription drug prices and a cap on out-of-pocket costs thanks to landmark legislation signed into law by President Biden today.

The Inflation Reduction Act, which passed in both the House and Senate along party lines last week, among its key provisions, requires the federal government to negotiate prices for some of the highest-spending drugs covered under Medicare, phases in a $2,000 cap on Part D out-of-pocket spending, limits annual premium increases and caps the monthly cost of insulin at $35 for beneficiaries. Provisions will be phased in over the next seven years.

“It’s not every day that we get historic legislation on prescription drugs moving through Congress,” Juliette Cubanski, deputy director of the program on Medicare policy at the Kaiser Family Foundation, said in a phone interview. “The fact that the Secretary of Health and Human Services will have to undertake negotiations with drug companies is a significant change and one that’s been sought for years by policymakers.”

The average senior may not see immediate impacts from this legislation, but they will down the road, according to Cubanski. Those most likely to benefit over the next few years are people with extremely high out-of-pocket drug bills who may be taking an expensive drug for cancer or rheumatoid arthritis. That could be any of us, she noted.

“These patients face thousands of dollars in out-of-pocket costs because Medicare Part D does not have an out-of-pocket cap,” she said. “In terms of the average Medicare beneficiary, the reality of this legislation is that it will help to control prescription drug price growth and will provide the federal government with an opportunity to save a lot of money on how much it spends on prescription drugs.”

The Kaiser Family Foundation broke down the act’s other key provisions:

The Congressional Budget Office has not yet released final estimates of the provisions in the law, but as of mid-July, the drug provisions were estimated to save about $100 billion between 2026 and 2031, Tricia Neuman, Kaiser Family Foundation executive director for program on Medicare policy and a senior advisor to President Biden said during a KFF media briefing on August 11.

Drug manufacturers will be required to negotiate on the highest-cost brands and biologics without generic or biosimilar equivalents and 9-plus years (small-molecule drugs) or 13-plus years (biologicals) from FDA approval (with some exceptions). If they don’t comply, they will have to pay an excise tax of up to 95% of a drug’s prior year sales or choose to pull all of their products from the Medicare/Medicaid formularies.

Medicare Part D has no out-of-pocket spending cap. Beneficiaries without low-income subsidies must pay 5% coinsurance for Medicare Part D costs once they reach catastrophic coverage level, which can cost consumers as much as $3,200 per year. The $2,000 out-of-pocket cap, which goes into effect in 2025, does away with this requirement. It will potentially save Part D enrollees hundreds, or even thousands, of dollars annually, according to KFF.

The legislation also caps the average premium increases at 6% from the prior year.

This bill gives Medicare some negotiating power that it hasn’t had before and puts in place an inflation provision to try to keep a lid on the rate at which prices grow from one year to the next. That’s expected to translate into meaningful savings for the federal government while helping to keep out-of-pocket costs from growing exponentially, according to Cubanski.

“The hard cap on out-of-pocket spending will make it easier for people on Medicare to predict and budget for how much they spend on medications over the course of a year, which matters for seniors living on fixed incomes,” Neuman said. A majority of high drug costs are currently paid for by Medicare, and therefore, by taxpayers.

The list of drugs to be negotiated by Medicare will be published in 2023 and will be based on 2021 costs to the program. Most of the drugs will fall under the Part D prescription drug benefit component but KFF experts said a small proportion of part B drugs, which are administered in an outpatient setting or physician’s office, will also be subject to negotiations annually. “So much of this is subject to future spending data that it really is difficult to know exactly which drugs will be subject to negotiation,” said Cubanski during the press briefing.

These price negotiations will also impact older adults in Medicare Advantage plans since those plans are also subject to the lower, negotiated prices and will be available to anyone in any plan who needs that medication. Drug makers have pushed back against this legislation, claiming it will stifle new drug development. However, the Congressional Budget Office projected that only about 1% of new drugs over the next 30 years might fail to come to market because of the new regulations.

While some of the more progressive members of Congress feel the provisions don’t go far enough, “even limited progress is better than no progress at all,” Cubanski said.

For reporters covering this at a local level, Cubanski suggests:

“I’m looking forward to reading in a couple of years the happy stories about people who have really benefited from changes in this bill,” Cubanski concluded.

Liz Seegert is an independent health journalist and AHCJ’s topic leader on aging. She covers older adults, baby boomers, health policy, and social determinants of health, as well as many other health issues. Her bylines include stories for PBS/NextAvenue.org. the American Journal of Nursing, TIME Health, Medscape, Consumer Reports, and Medical Economics, as well as dozens of other trade and mainstream media. Her articles have been syndicated in Forbes.com, the Los Angeles Times, the Hartford Courant, the Saturday Evening Post and other major outlets.