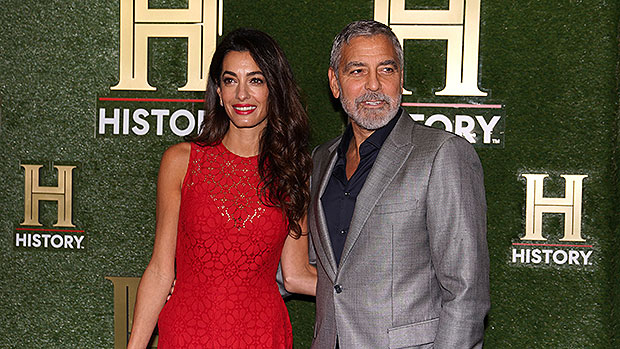 George Clooney admits he may not have thought ahead when he decided to teach his 5-year-old twins a language he doesn’t know himself. “We’ve made a terrible mistake,” George, 61, told Gayle King during a CBS Mornings interview on Wednesday, September 28. The host had asked the Burn After Reading star if Alexander and Ella are “chatty.” “We taught them Italian,” George continued. “But we don’t speak Italian, so we’ve armed them with a language they can harm us with. And we both don’t really know what they’re saying.” George also confirmed that the twins speak French as a third language, and quipped, “I’m from Kentucky, English is my second language.”

Lately, George has been opening up about his kids with his wife of 8 years, Amal Clooney, 44. In an interview with ET on September 14, the Intolerable Cruelty actor admitted that he doesn’t necessarily care if the twins get into acting, again citing their expansive knowledge of languages. “They can do whatever they want,” George said. “My guess is that they’re a little smarter than me, so, they’ll probably do something — they already speak three languages, so, I’m still working on English.”

Hollywood’s most respected power couple married in a lavish Italian ceremony 2014 after a high profile courtship, so Italian as a language for their only two children makes sense. Amal gave birth to their children on June 6, 2017 — and by all accounts, married life has been good to the Oscar winning actor and his human rights attorney wife. In fact, he once admitted that following his divorce from first wife Talia Balsam in 1993, he thought he’d never remarry or have a family. George eventually became known as Hollywood’s most eligible bachelor.

“I was like, ‘I’m never getting married. I’m not gonna have kids,’” George told GQ in November of 2020. The O Brother, Where Art Thou dated a number of high profile actresses, including fellow Oscar winner Renée Zellweger.  “I’m gonna work, I’ve got great friends, my life is full, I’m doing well,” he continued to the magazine. “And I didn’t know how un-full it was until I met Amal. And then everything changed. And I was like, ‘Oh, actually, this has been a huge empty space.’”

George Clooney’s Kids: Everything To Know About His Adorable Twins, Alexander & Ella