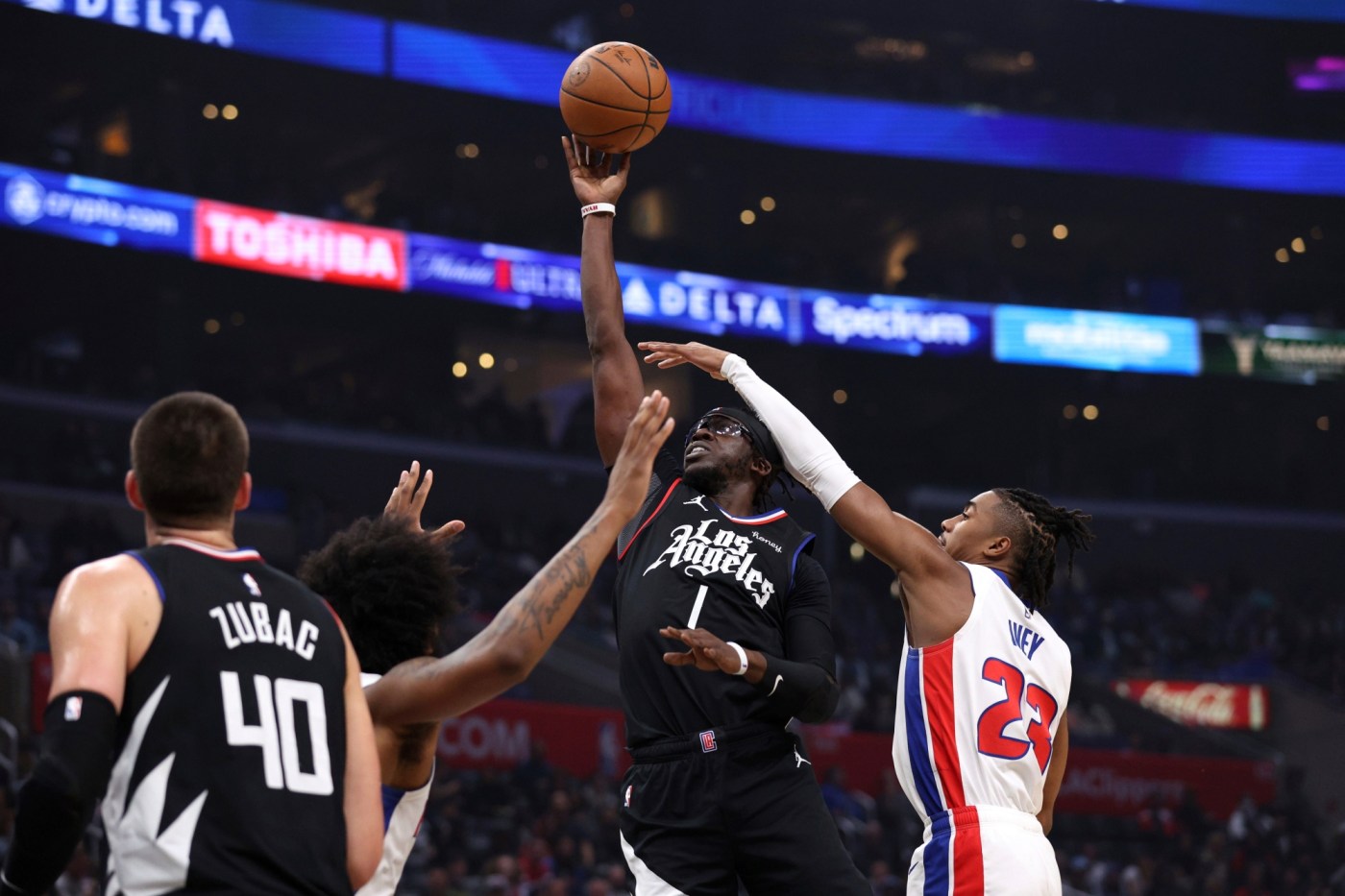 Paul George, for one, was thrilled to have teammate Kawhi Leonard back on the floor, pointing to the energy he brings and how his overall presence was a lift for the Clippers on Thursday night.

Coach Tyronn Lue praised Leonard’s defensive effort against Detroit, saying his impact “is huge. With him on the floor, we are a different team.”

The Clippers are different with a full lineup, but can they change the win-some, almost-win-some and lose-some roll they are on? They need to develop consistency quickly if they have any hope of moving up from their current No. 9 in the Western Conference standings.

The Clippers are 9-7, a record built mainly against the weaker teams in the West. The early part of their schedule has featured three games against Houston (3-12), two against the Lakers (3-10) and Thursday’s come-from-behind victory over the NBA-worst Pistons (3-13), with another game against the Spurs (6-10) on tap Saturday.

Also, seven of their nine victories have come against four of the worst teams in the league, teams that have a combined record of 28-56.

Being on the court helped Leonard better see what the Clippers need to do if they want to be considered title contenders as the season progresses.

“We need to be better at everything,” he said. “Out of timeouts, defensive rotations, definitely on the offensive end. We have to start getting better shots and – just everything. I feel like we’re behind, and we need to start focusing up in this push.”

Injuries, personal issues and health and safety protocols have caused much of the Clippers’ inconsistency. Leonard has been in and out of the lineup. John Wall continues to sit out the front of back-to-back games. Robert Covington had COVID and hasn’t found his way back into the rotation.

George missed a game because of non-COVID illness, Marcus Morris Sr. missed two games because of family issues, and Luke Kennard currently is out because of a right calf strain. The game-to-game uncertainty of players’ availability has made it harder for Lue to settle on rotations.

“It’s nothing you can do about it,” Lue said. “Injuries are a part of the game. You hate to see it happen, but it’s part of the game for every team. And it’s not just us. Just talking to coaches around the league, a lot of different teams are going through the same thing.”

Lue said Leonard is a big key to the Clippers’ postseason goals, if the forward can stay on the floor for an extended period. “We can kind of get our rhythm and get our rotations going and try to see the team that we’re actually going to be,” he said

Defensively, the Clippers are doing well. They rank second in the league in defensive rating, limiting teams to 106.6 points a game, and center Ivica Zubac continues to dominate in the paint. He posted his second career-high 18 rebounds – 13 defensive boards — against the Pistons. He is averaging 11.5 rebounds through 16 games.

“I know we’ve been great defensively (but) we got to continue to keep being good defensively,” Lue said. “That’s what we’re going to hang our hat on. That’s part of effort and playing hard and competing. So, defensively, being No. 2 in the league is great. But now offensively, we got to find a rhythm and how we want to play, who we want to play through, and making the right play. That’s my biggest emphasis right now, is just offensively getting better.”

George said the team needs to get better overall, not just in their 3-point shooting that ranks in the bottom half of the league at 34.6%.

“Two years ago, we did a great job with triggering rotations and playing in the paint and kicking the ball out for open 3s. I think we need to get back to that. Need to find a way to get that. Obviously, we can be doing a lot of things better offensively.”