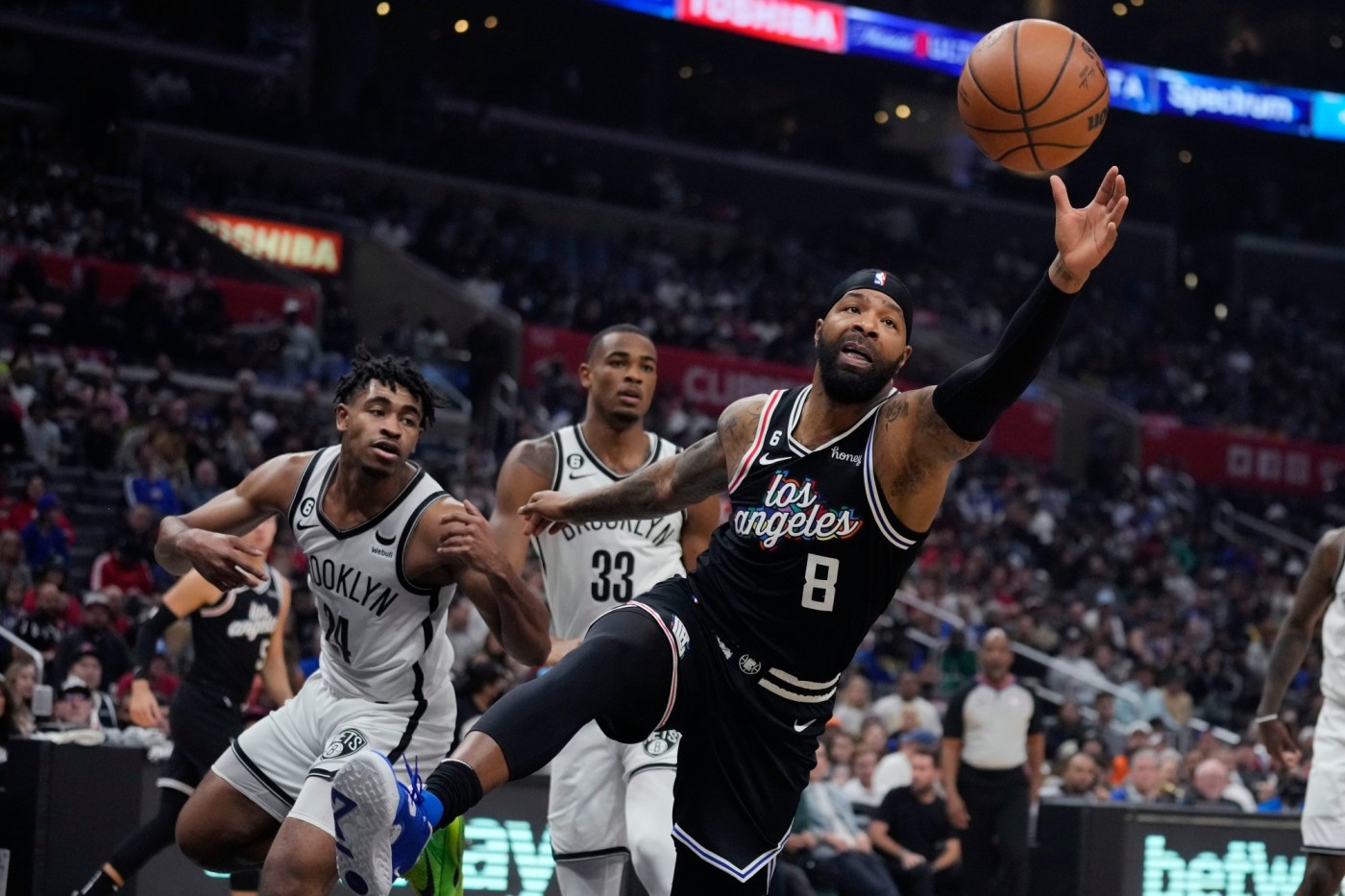 LOS ANGELES — The challenge facing the Clippers heading into Saturday’s afternoon game against the Brooklyn Nets was how to contain Kevin Durant. Clippers swingman Terance Mann laughed when asked about stopping Durant. Coach Tyronn Lue said to “double team him,” while Norman Powell said make him uncomfortable as possible.

None of it mattered.

After a rocky start, Durant settled in and scored a game-best 27 points on 10-of-16 shooting in a 110-95 victory against the Clippers. The loss snapped a five-game winning streak for the Clippers (7-6).

Durant, though, wasn’t the Clippers’ only concern. There was Durant’s supporting cast. The Nets, under new coach and former Muir High star Jacque Vaughn, had three other players in double figures: Seth Curry scored 22 points and Nic Claxton and Edmond Sumner each had 11.

“With Jacque being over there and Steve (Nash) gone, they’re doing some different things that you didn’t see them do the past couple years,” Lue said.

Lue added that the Clippers’ biggest task is with themselves. Paul George, who had been averaging 30.8 points, struggled to get 17 points.

“The biggest challenge is us getting better on a night-to-night basis at the things we need to do and how we need to get better,” he said.

For a while in the fourth, the Clippers’ second unit kept the game from getting away for them. With Durant on the bench to start the fourth, the Clippers rode the aggressive inside play of Ivica Zubac to keep the score close. Zubac, who had three fouls in the first half and picked up his fourth early in the third, scored 16 points and grabbed 15 rebounds.

Zubac has stepped up his game lately to help fill in for Kawhi Leonard, who remains sidelined because of swelling in his knee. Zubac has been providing solid rim protection (2.4 blocks per game) while averaging a double-double on 10.8 points and 10.2 rebounds.

Durant came back into the game with 6:45 left, but by then the Clippers had lost their momentum, missing a handful of open long-range shots. The Nets took advantage of their shooting woes to open a 99-88 lead with 3:41 left. The Clippers never recovered as the Nets poured in 35 points in the final quarter.

Durant wasn’t the Clippers’ biggest problem in the first half. It was themselves.

They often got in their own way the first two quarters, turning the ball over 10 times and picking up fouls, sending the Nets to the line 13 times that helped them build a 10-point lead late in the first half. They led 54-50 at halftime.

Not helping matters was the matter of George, who couldn’t shake Claxton long enough to get into any type of rhythm. He had just four points in the opening quarter and eight by halftime.

The Clippers used a 9-0 run to take a brief lead 31-29 early in the second quarter, highlighted by a thunderous dunk and free throws by Zubac.