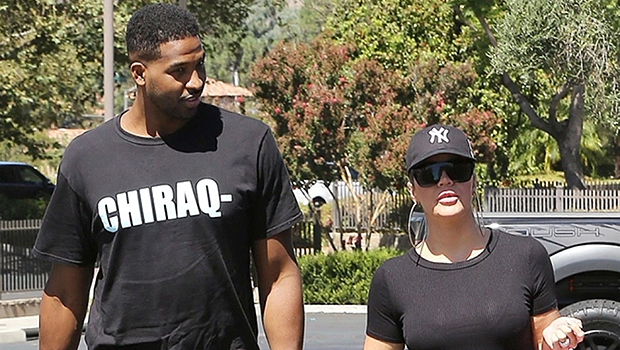 Khloe Kardashian and Tristan Thompson were secretly engaged for nine months! The Good American founder, 38, accepted a proposal from the NBA star, 31, in February 2021 that lasted for almost a year, per PEOPLE magazine. The engagement was called off, per the publication, in Dec. 2021 — which coincides with news of the Toronto native cheating on her with Maralee Nichols, who also gave birth to Tristan’s son Theo, now 10 months, that same month. During the window of engagement, Khloe and Tristan were actively trying to have a second child via IVF, successfully implanting an embryo via surrogate who gave birth to their son on July 28, 2022.

The report follows the Sept. 29 episode of Hulu’s The Kardashians where Khloe revealed that Tristan had proposed a separate, first time in Dec. 2019, telling sister Kim Kardashian that she actually said no to the father of her daughter True, 4, and now son, two months old. Khloe and Tristan have yet to confirm the child’s name.

“I said, ‘I need to make sure this is a totally different relationship. I want to be proud to say I’m engaged to anyone,’” Khloe explained to her sister. “So that’s why I said, ‘I’m not comfortable accepting this right now. I’m not excited to tell my family.’ As hurtful as that probably was to hear for him, it was the truth. I’m not going to accept something and give someone false hope.”

Notably, 2019 was a tumultuous time for the pair: earlier that year, Tristan had inappropriately kissed Kylie Jenner‘s former BFF Jordyn Woods at a party — not only ending Khloe’s romantic relationship, but also severing Jordyn’s close ties with the Kardashian-Jenner clan. That wasn’t Tristan’s only time cheating: he was also caught motorboating a woman on camera during Khloe’s pregnancy with True, with the video being released just days before the fashion CEO went into labor with her daughter in April 2018. Khloe has previously said the stress of the situation caused her to go into labor early.

As for that first, turned-down proposal, Kim gave viewers a general timeline of how it all went down. “I’ll never forget Tristan calling me and he was gonna propose to her on Valentine’s Day, which was a year since they had drama so this was last Valentine’s Day,” she said in a confessional. “And then I called him the day after and I was like, ‘Hey, I never heard anything from Khloé. Oh my god, did you propose?’ and he was like, ‘Oh yeah, I did in December.’ Oh my God, she didn’t tell us!” she exclaimed, surprised.

The engagement was never confirmed by Khloe or featured on their former show, E!’s Keeping Up With The Kardashians. Khloe was seen rocking a very large ring in early 2021 on that finger, leading fans to speculate she was engaged. Mom Kris Jenner, 66, coyly answered an inquisitive Ellen DeGeneres about the ring in question back in March 2021. “That’s a good ring. I think she just loves jewelry, she loves a good — you know — ring. You should ask Khloe that!” the momager teased.

Michele Morrone: 5 Things About The Actor, 31, Seen Getting Cozy With Khloe Kardashian