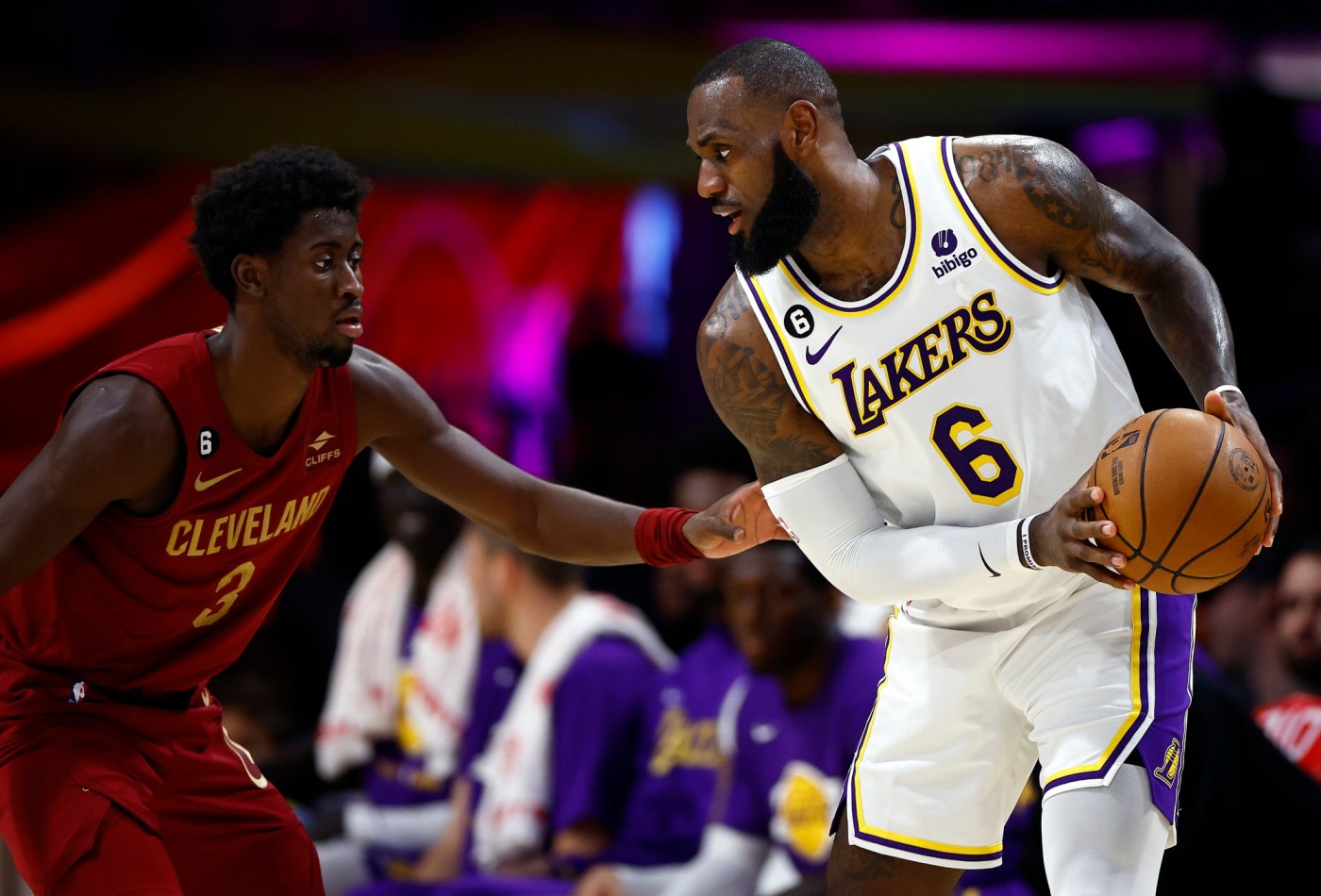 LOS ANGELES — Seeing flashes of a dream coming to fruition might be more painful than never seeing it materialize at all.

The Lakers’ first six minutes of play portended all that they once thought their superstar-studded team could be. With an early bounce, LeBron James was cruising to the rim, threading through Cleveland’s tough shot blockers. Anthony Davis had the first basket of the game on a dunk, and cleaned up the glass. Russell Westbrook checked in after four minutes and immediately nabbed a steal and tipped in a putback.

The home crowd was surging with energy as the Lakers seized a 21-9 lead against one of the hottest teams in the NBA. And then things started dropping off.

Flashes don’t add up to wins. After the initial crackling start on Sunday afternoon, the Lakers reverted to some now-familiar patterns in a 114-100 loss to the Cavaliers, who extended their own winning streak to eight games. The Lakers are starting to feel a little more like their 2-7 record than they might be willing to admit.related_articles location=”left” show_article_date=”false” article_type=”automatic-primary-section”]

The Lakers’ offense in particular deserted them in the second half: They scored just 36 points after the break. As a team, they again struggled to shoot, going just 8 for 27 from deep — a figure that got a boost from the bench-warmers who checked in the game with five minutes remaining and the Cavaliers lead at 17.

James hasn’t had lift on his jumper for a week while battling a stomach bug that he admitted sapped his shooting rhythm. The problems continued Sunday, as the 37-year-old shot 13 for 23 with 27 points and only hit two jump shots while missing all of his three free throw attempts. A fourth-quarter three broke a streak of 16 straight misses from beyond the arc going back a week to Sunday’s game against Denver.

Westbrook and Davis looked dominant in the first half to pick up the slack. Westbrook made his first five attempts and thrilled the crowd again with hustle plays, like a stolen inbounds pass that he dished to Davis. Davis also had 17 points in the first two quarters, dominating Jarrett Allen and Evan Mobley as the Lakers led at the break.