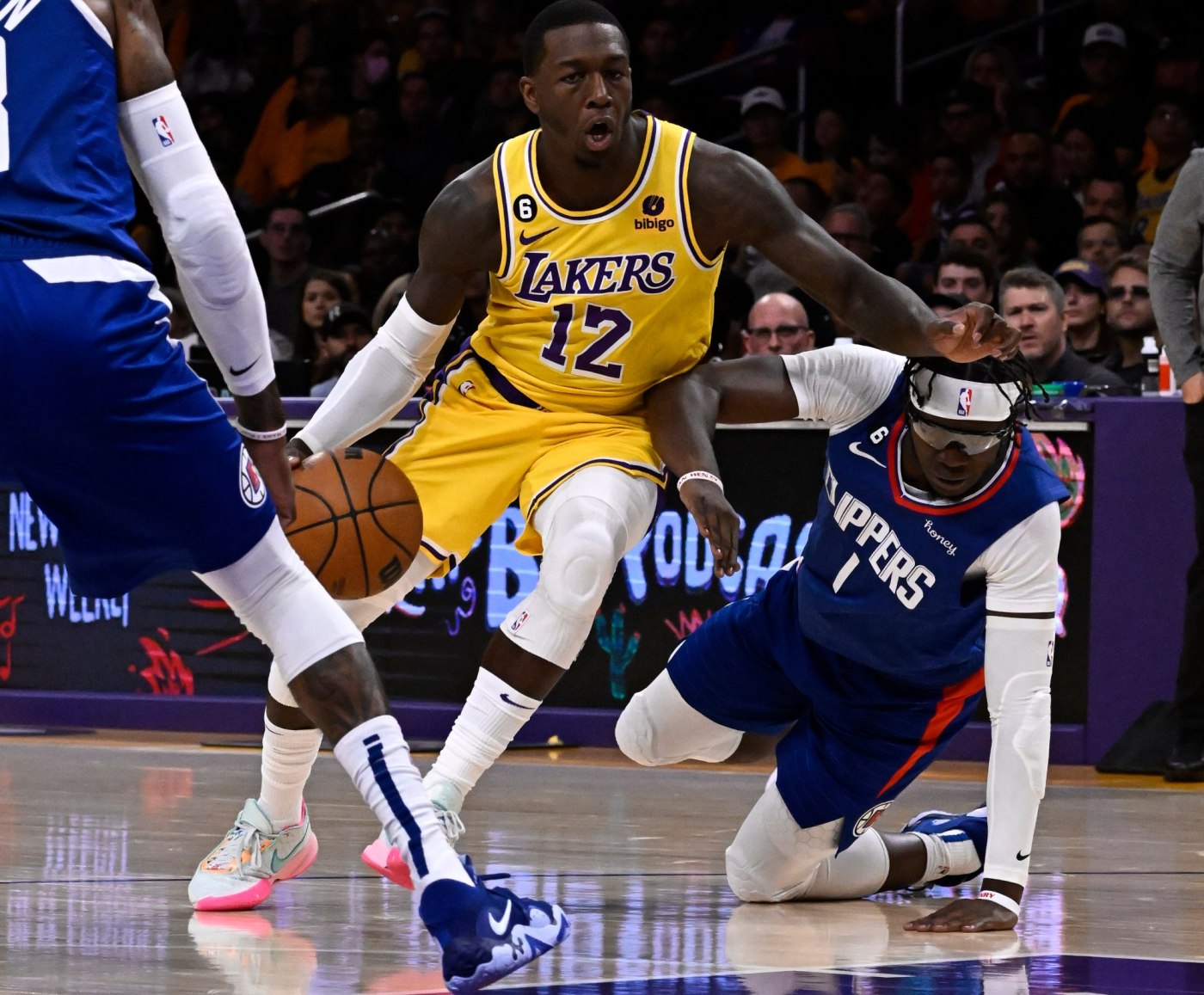 LOS ANGELES — On Sunday morning, the Lakers revealed they were down a starter: Pat Beverley missed the matinee game against the Cavaliers with a stomach bug that has been going through the team.

But that didn’t mean Russell Westbrook was pushed back into the starting group.

Coach Darvin Ham turned to Kendrick Nunn, who had played less than five minutes in the Lakers’ previous three games combined, to replace Beverley in the backcourt. After missing all of last season, Nunn was having perhaps the most disappointing start of any Laker (4.9 points per game, 31.8% shooting), but the 27-year-old Chicago native got a chance to get on track with the opening group against Cleveland.

Ham said he didn’t want to disrupt the balance he has created in the rotation by bringing Westbrook — who entered Sunday averaging 18.8 points, 6.5 rebounds and 6.5 assists and shooting 51% as a reserve — off the bench. The change has allowed Westbrook to be ball dominant: His usage rate has risen from 36.6% as a starter to 61.1% as a reserve.

“The biggest thing with Russ is him being able to lead the charge, know that he’s orchestrating and doing what he’s done his whole entire career,” Ham said. “So I like the balance that it’s provided, and him leading the charge, leading a whole new wave once we start going to substitutions.”

Beverley hasn’t quite delivered offensively himself. He’s the lowest scorer (4.6 points per game) of any of the Lakers’ regular starters, and his 22.7% shooting from deep so far is emblematic of the team’s overall shooting struggles this season. But the 34-year-old also was a role player in closing out an overtime win against New Orleans, and many within the organization have cited his leadership (especially on defense) as a centering force in the locker room.

Ham said Sunday morning he was not yet sure if Beverley would join the team on their one-game road trip to Utah for the second contest of a back-to-back.

The non-COVID illness has affected multiple members of the team, including LeBron James and Wenyen Gabriel (both were able to play on Sunday). Ham said the Lakers have been mindful of hygienic practices recommended by their medical staff since the pandemic, including having film sessions in open-ventilation spaces and working in smaller groups in practice.

Ham also lauded James in particular for not missing time even though he has been hampered by the bug, which James said kept him off of his feet for most of the off-days this week.

“For him, it’s admirable,” Ham said. “I know how bad he was feeling, and for him to still try to fight through it and give us something, my hats off to him. He is who he is for a reason. And a lot of it is his self-preparation and his self-awareness and knowing what he can and can’t do and knowing how to prepare to be available once tip-off happens.”