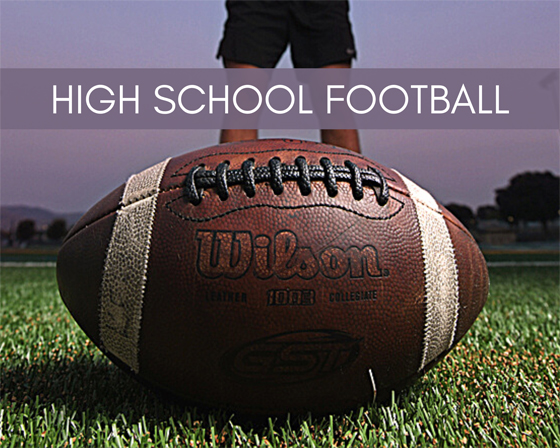 “It’s a shame somebody had to lose,” Utupo said. He kept repeating, “one more.”

Lakewood (8-5) will play in the Division 8 Finals next week against Northwood, which defeated Vista del Lago 41-14. Rancho Verde, which lost their first five games of the season, finished with a 5-8 record. The Mustangs came up five yards and one play short of defeating the Lancers.

Rancho Verde got the better offense in the first half. Landon Debruyn threw three touchdown passes, giving the Mustangs a 19-10 halftime advantage. Lakewood’s defense stepped up in the second half, coming up with two fourth-down stops in the fourth quarter.

Kaleb Foster ran for a nine-yard touchdown on a 69-yard, 12-play drive to start the third quarter. Foster caught a 57-yard touchdown pass on the first play of the fourth quarter for what proved to be the winning score.

Foster is a senior who hopes to play Division I football next year, although he has not received an offer yet. He ran very hard and was difficult to bring down against a strong Rancho Verde defense.

“Football is my passion,” Foster said.

Utupo and Rancho Verde coach Eric Zomalt credited Lakewood’s defensive line with making a big defense. Utupo awarded the game ball to the defense, which he calls the “Red Swarm.”

The Lancers came up with three sacks in the final minute. Rancho Verde had two drives inside the Lakewood 20-yard line in the final quarter. Debruyn completed seven of nine passes in the fourth quarter, but was sacked four times during the closing drive.

“Their pass rush was the best part of their defense,” Zomalt said, adding that his defense couldn’t seem to make stops on third down in the second half. “Their defensive line was very aggressive.”

“For our players, this was a chance to etch their names into our school’s history,” Utupo said. “Our defensive coaching staff did a great job.”

Rancho Verde came short of what might have been an incredible comeback story. Zomalt was most proud of the way his team got the program going in the right direction.

“We never folded,” Zomalt said. “I’m proud of the way we stuck together.”