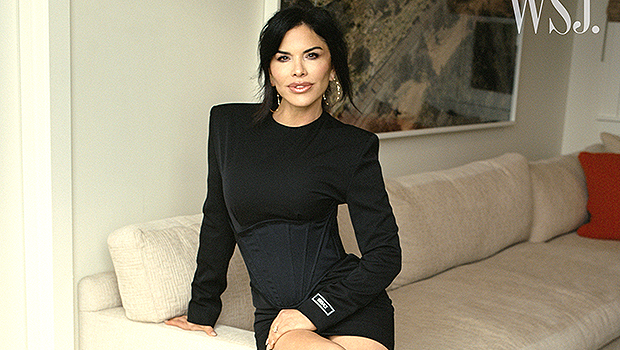 Lauren Sanchez got candid about her relationship with Amazon founder Jeff Bezos. In her first solo interview since the couple went public with their romance, the former news anchor, 53, dished on what it’s like to be dating one of the richest men in the world, including the most surprising thing people might not know about him. “That he’s really funny,” Lauren told WSJ for their January issue. “He makes me laugh all the time. He can be goofy.”

Jeff’s sense of humor includes his very distinctive laugh, which Lauren also acknowledged. “That laugh makes me smile. When I first heard his laugh, I was like, “Whoa! What is that?” Now I love it,” she explained. “And if I’m at a party and we get separated, all I have to do is wait a second and he laughs and it’s like, he’s over there.” She added. “He’s so happy, he inspires me every day, he makes me a better person every day; he’s the most loving human I know.”

Lauren has clearly spent enough time with Jeff to be able to speak about him so openly. “We love to be together and we love to work together,” she said. “We fly together. We work out together. We’re together all the time.” She even shared their Sunday morning ritual, which doesn’t quite sound like a billionaire is presiding over it.

“Every Sunday morning, Jeff makes pancakes. He wakes up early. He gets the Betty Crocker cookbook out every time, and I’m like, “OK, you’re the smartest man in the world; why don’t you have this memorized yet?” Lauren hilariously explained. “But he opens it up every time: Exact portions make the best pancakes in the world.”

As for their Saturday nights, Lauren said it’s family time once again with their blended family. “On a typical Saturday, we hang out, we have dinner with the kids, which is always fun because you never know where the conversation is going to go with this many kids,” she said. “We are the Brady Bunch!” Lauren has three kids: Nikko Gonzalez, 21, Eleanor Whitesell, 14, and Evan Whitesell, 16. She welcomed Nikko with former football player Tony Gonzalez in 2001, and she welcomed her other two children with her ex-husband, Patrick Whitesell. Jeff, meanwhile, welcomed three biological children and adopted a child with his ex Mackenzie Scott, whom he was married to from 1993 to 2018.

Jeff and Lauren have been dating for almost four years after they began a romance while they were each married to other people. In fact, their relationship was exposed one day after Jeff and Mackenzie announced they were divorcing. Although the news caused quite the scandal, Jeff has maintained it was an amicable split and since then, he and Lauren have become inseparable.

He even gushed about Lauren during their first on-air interview together in Nov. of this year.  “We’re really great teammates, and we also have a lot of fun together and we love each other … We always look at each other and we’re the team,” Lauren said to CNN, before Jeff admitted, “Lauren is the most generous, most big-hearted person that you would ever meet. So, she is an inspiration in that way.”