Legacy of Tuskegee and other medical racism lives on today 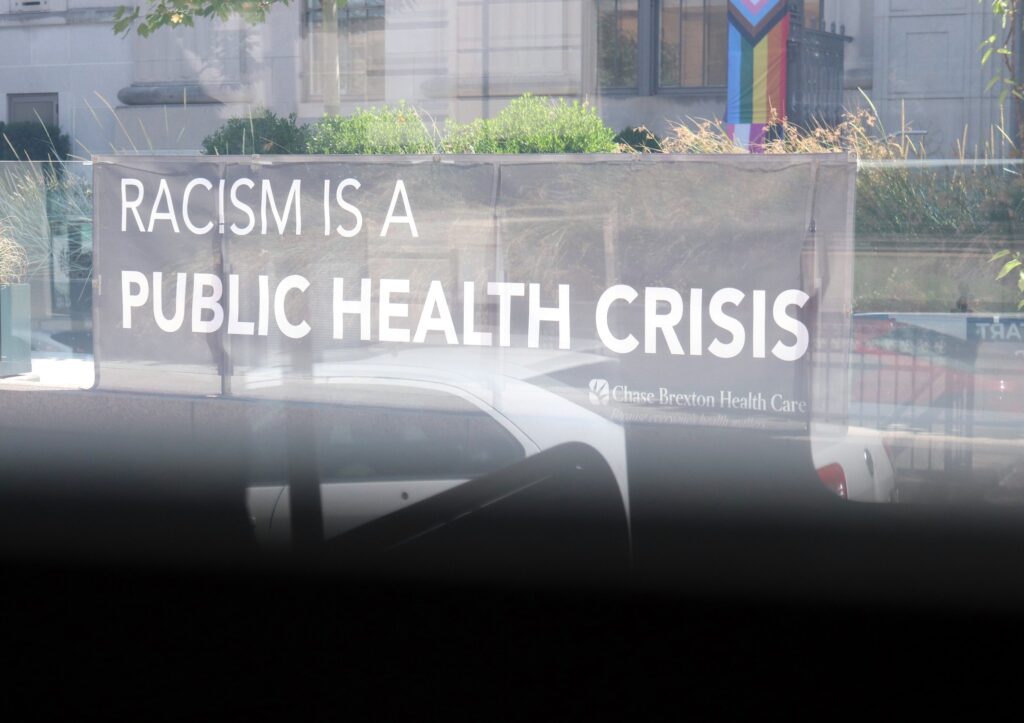 In two previous posts, I discussed the history of the U.S. Public Health Service study at Tuskegee, 50 years after it was revealed to the nation. I also shared the perspectives of a Black epidemiologist and a Black HIV primary care physician on what the study’s legacy means now.

In this post, I share the perspectives of two Black psychiatrists and a Black colorectal surgeon on how the study at Tuskegee reverberates through Black communities today.

Nicole B. Washington, D.O., M.P.H., a psychiatrist based in Broken Arrow, Okla., said that her field bears its share of shame for the treatment of Black people as well:

“The Tuskegee Experiment is one of the most talked about atrocities because it is one of the most known. However, the mistrust of the medical institution by Black people goes so much deeper than Tuskegee. We continue to see Black people mistreated by the system, whether intentionally or unintentionally. There are a variety of studies that point to Black patients not having their pain managed as well as their white counterparts or having cardiac health treated.

As a psychiatrist, I am acutely aware of the sordid history that the mental health system has had with Black people. As far back as the 1850s, we saw leaders in mental health, such as physician Samuel Cartwright hypothesizing that the enslaved who ran away had to be suffering from a mental illness that he named drapetomania. We saw Black patients painted in a way that played into the stereotypes of Black people being violent and assaultive. We see Black patients being more likely to be diagnosed with schizophrenia than white counterparts when they actually have severe mood disorders. The American Psychiatric Association came out with an apology for the past atrocities, but this is just the beginning of the work that we have to do.”

Nicole Christian Brathwaite, M.D., a psychiatrist at Well Minds Psychiatry and Consulting in Boston, Mass., described another example of racism in psychiatry:

“The Tuskegee study is the most obvious and visible representation of racism and mistreatment of African Americans in medicine, but it is far from the only [one]. Psychiatry has its own sordid and racist history. During the civil rights movement, a term called ‘protest psychosis’ was developed. Essentially, psychiatrists were diagnosing Black civil rights leaders with a psychotic disorder because they dared to demand equality,” she said.

“This history and the ongoing plague of racism in medicine can certainly help inform some of the distrust that exists in the Black community towards medicine. That distrust is unfortunately well earned. We have to continue to actively work to increase diversity and representation in medicine. We must educate current medical providers so we don’t continue to repeat the mistakes of the past and harm patients.”

Erin M. King-Mullins, M.D., a colorectal surgeon in Atlanta, Ga., highlighted the crucial role journalists play in debunking myths about the Tuskegee Study. “With it kind of commonly being referred to as the Tuskegee experiment, people assume that drugs or medications were given to experiment [on them]. A lot of people don’t really understand that treatment was withheld.” She noted how that reality has now come full circle during COVID when the way vaccines were rolled out meant reduced access for Black people. The vaccines were initially made available only in certain neighborhoods or during “working hours,” and people from wealthier communities took up the appointments before local folks could.

A recent study found that urban counties in the 95th percentile for Black residents were less likely to have COVID vaccines available compared to counties whose percentage of Black residents fell below the national average.

But it goes well beyond access to vaccines, King-Mullins said. “We’re at a moment where we really see the legacy of what the true” experiment” was — treatment withheld,” she said, with access to care still a major problem for Black people, whether it’s about heart disease, diabetes or other conditions.

King-Mullins also emphasized that 50 years wasn’t that long ago. “If someone right now is a 65-year-old Black guy who was 15 when the study ended, all of those ramifications and what may have happened to their mothers, fathers, grandmothers, and grandfathers, is still totally relevant. It’s something that may be alive and active in their mind today and plays a role in their experiences and interactions with the health care system. It’s definitely something that’s probably still felt in certain communities, and I’m sure if one were to go to Tuskegee and just talk to people, it’s not a distant memory for them.”

King-Mullins also shared other examples of racism in the U.S. medical system’s history, including Marion Sims’ gynecological experiments and the exploitation of Henrietta Lacks and her remarkable cells. All this history is “still alive and breathing and well within the Black communities and plays a huge role in how these interactions will be for quite a while moving forward.”