A ceaseless beat kickstarts “Dead Drummers,” the new single from Near Beer. The song is the third single heralding their self-titled album, out July 15 on Double Helix Records. As the beat ushers in the song, an electrifying guitar riff from guitarist/vocalist Joey Siarra crashes down from the heavens. Bassist Jeremy Levy joins Brent Stranathan’s beat while lending his vocals for a tribute to “the scenes we lived between / the friends we shared, and lost, and met again.” It’s a tribute to the dead drummers, both metaphorical and literal.

“This one was the very last tune that we recorded,” Joey tells HollywoodLife. “The record had been finished for over a year and mastered and everything — but with a different tracklist. Our buddy, Ethan, who produced the record, was moving into a new studio and needed a band to test out the new space, so we were his guinea pigs. “Dead Drummers” was the song we did, thinking it’d either be just a demo or maybe a standalone single. But once we got into it, we just felt like this song belonged on the album. 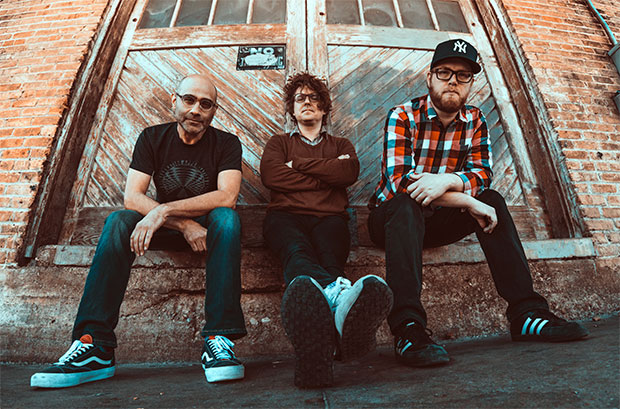 “So we totally rearranged the tracklist, remastered everything, and now it anchors the first half of the record. I’m glad it ended up there. It was supposed to be the first single. But Taylor Hawkins from the Foo Fighters died a couple of weeks before we were going to put it out, and it just didn’t feel right to release it so soon afterward. Granted, it is a tribute to friends and bandmates we lost over the last couple of years, but again, it just didn’t feel right at that moment. So we made a band decision to bump this to our third single out of respect.”

“Sometimes songs take forever, and I will nit-pick and tinker with lyrics and arrangements,” Joey says when discussing how hard it was to channel those emotions into a song. “But this one came together pretty fast. Sort of. It’s complicated.”

“Two different dudes who I’d been in bands with over the years died within like six months,” he continued. “One was a buddy of mine from old high school bands, and one was a guy who played in a ton of LA and Fresno bands and was a fixture of our little music scene — Eli. He drummed for this band we did called The Dog Creeps, but we only played like three shows. Anyhow, there was a Dog Creeps song that has the opening guitar riff of ‘Dead Drummers’ and it was Eli’s favorite of our songs. But I never had lyrics or a chorus that I loved.” 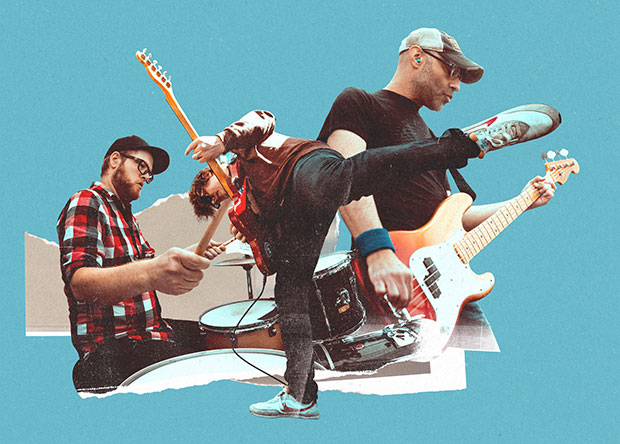 “After Eli’s memorial service, which was super moving and a solid, heartfelt tribute to the guy, I felt like I finally had this one in me, so I brought that old guitar riff back,” says Joey. “But now I had something more substantive to sing about. And the lyrics came out fast. Warts and all. It’s a rock and roll grief song and, yeah, a tribute to the folks we’ve lost over the last few years. The song was recorded and finished in the studio before we’d ever played it live in front of people, but now that we have, it does feel cathartic every time.”

NEAR BEER aims to establish this new band as an indie punk rock powerhouse. The band boasts a pedigree, with members playing in groups like Fakers, The Henry Clay People, and I Make The Sound. Near Beer arrives “10 years to the day since the last full-length of my old band came out,” Joey tells HollywoodLife. That record was called Twenty-Five for the Rest of Our Lives and was all about quitting music and trying to be okay with that decision.”

“So, I am excited that this NEAR BEER record is sort of the answer to Twenty-Five…,” he adds. “We had even joked about calling it Thirty-Five for the Rest of Our Lives because it felt very much like a document of my thirties — and thematically picked up where the previous record left off, but with the weight of a particularly strange decade in between. I feel like a different person now, but still a lot of the songs and themes have a nice continuity from the old band to the new band. And I’m very happy that I still have music in my life. I enjoy it too much to just walk away. So, I am very proud that NEAR BEER helped me make peace with the fact that I am always going to have music in my life in some form.”

NEAR BEER arrives on July 15.