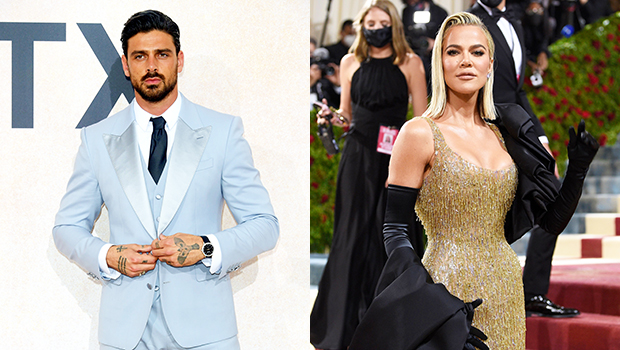 Michele Morrone is setting the record straight! The hunky Netflix 365 Days actor, 31, released a statement through his rep, clarifying that the speculation surrounding a potential relationship with Khloe Kardashian, 38, is just that — speculation, and nothing more. “Dolce and Gabbana asked them to take a photo at the show,” the actor’s representative told PEOPLE magazine in a Monday, September 26 report. “Michele said she was very nice, and that was the extent of it.” The outlet further reported that a source told them that Khloe had “never met [Morrone] before” her sister Kim Kardashian’s Milan Fashion Week event with D&G. “She just met him in Milan that night,” the source explained. “They are not dating. She has no plans to see him again.”

That’s news to the legions of fans who quite literally lost their minds when the Italian actor took to Instagram to share a pic with the Good American fashion maven. In the photo, which was taken behind the scenes at the ‘Ciao, Kim’ collaboration show on Saturday, September 24, Michele was seen wrapping his arm all the way around the new mama and leaning intimately into the side of her face. The actor wore a gold silk shirt and held a glass of wine by his side, while Khloe stared down the camera over the top of her excellent shades. And a video widely circulating on Twitter, purportedly of Khloe and Michele, seems to tell a different story, as they appear to be embracing under the blue lights at a D&G afterparty.

The stunning pic touched off a firestorm of speculation that Khloe, who just welcomed baby number two via surrogate with ex Tristan Thompson, 31, may have formally moved on with the handsome Michele. And while Michele insists that’s not the case, it wouldn’t have been surprising, given the circumstances. The reality TV star and NBA great parted ways after a messy paternity scandal resulted in Tristan being declared the father of Maralee Nichols baby boy back in January.

But according to a source, Khloe is moving forward. “All she wants is for them to be healthy and happy co-parents, that’s why she’s forgiven him and wants her family to forgive him too,” a source close to the situation told Hollywoodlife EXCLUSIVELY in July. “She doesn’t see the point in hanging on to the negativity and anger but that doesn’t mean she’s letting what he did slide. They are 100% done for good.”

Michele Morrone: 5 Things About The Actor, 31, Seen Getting Cozy With Khloe Kardashian