Laura Beil, a Texas-based journalist with more than 20 years of experience in health and science writing, has previously been published in ProPublica, Texas Monthly, the New York Times and Science News. She received the 2018 Victor Cohn Prize for Excellence in Medical Science Reporting from the Council for the Advancement of Science Writing (CASW). 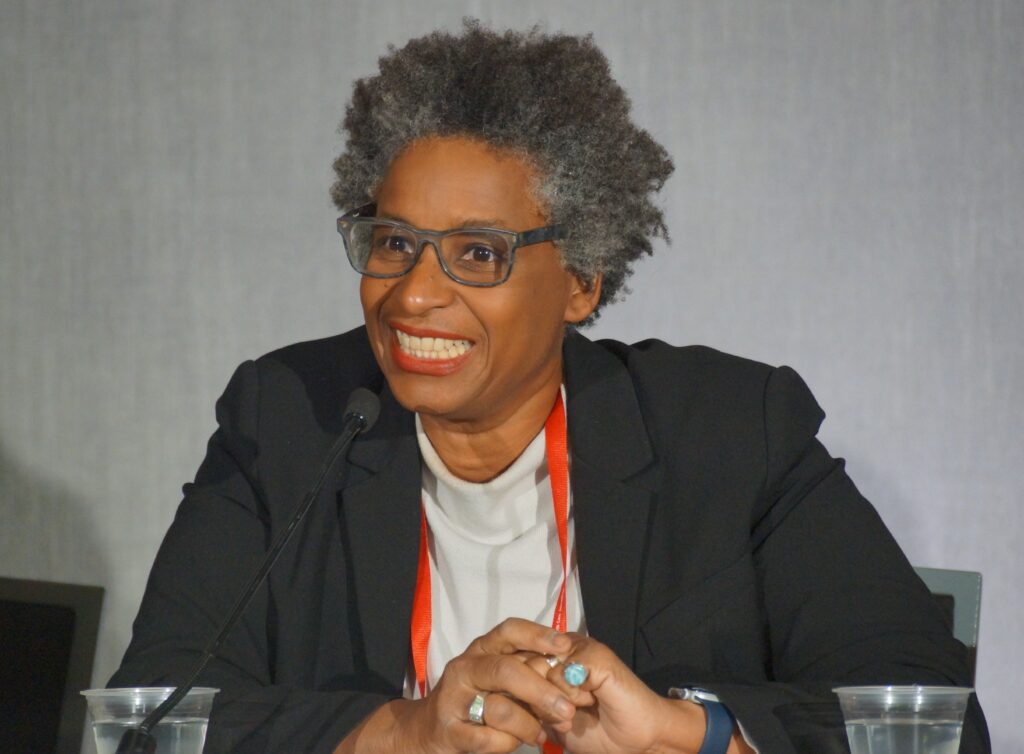 Journalists have long reported on gun violence in its most superficial terms: arriving at a crime scene, interviewing police, witnesses, and distraught family members, then filing a quick story by deadline. But that model doesn’t provide the empathy and dignity victims and their communities deserve, said panelists during the session “Transforming news coverage of gun violence” on October 28 at AHCJ’s fall summit.

Moderator Jim MacMillan, who directs the Philadelphia Center for Gun Violence Reporting, asked whether it’s time to just abolish the crime beat altogether, suggesting perhaps there is more to throw out than to salvage.

Panelist Yvonne Latty remembered being one of those young reporters, moving from homicide to homicide. Today, she is a professor at Temple University Klein College of Media and Communication, helping to train the next generation of journalists for more meaningful coverage of crime. But she acknowledged that thoughtful reporting is even more difficult in today’s newsrooms, where staff cuts have left every staff member stretched thin. Many journalists also don’t know the texture of the neighborhoods disproportionately affected by gun violence. Reporters, she said, “need to stop parachuting in, and they need to care. People come in who have no idea about these communities, and frankly they are scared and want to do it on the phone,” she said, “That’s my rant.”

If she could magically change one thing in today’s newsrooms, she said, it would be to instill the practice of “radical empathy.”

That said, many newsrooms are indeed trying to improve, said Will Lee, a reporter at the Chicago Tribune. “In my younger days I was a much more hard-charging reporter,” he said. “The last five to 10 years have really humbled me. I’m trying to right the wrongs I maybe have done in the past.”

Today, he said, he approaches the crime beat with much more nuance. The newspaper has removed the “mug shot gallery” from its website. “I’m of two worlds on this. We should do better, but we also have to do what we’re supposed to do.”

One way to achieve more sensitive coverage is to look beyond the immediate tragedy, said Kaitlin Washburn, an independent journalist in Chicago who covered gun violence at the Kansas City Star. Approach families long after the violence has upended their lives. Learn how to interview trauma victims with sensitivity. Look for stories that focus more on underlying causes rather than violence itself. “The ideas are out there,” she said. “Look at the conditions of the communities you are covering.”

Les Jenkins, victim services program manager at the Institute for Nonviolence Chicago, also advised journalists to see victims and their families with grace and care, especially at crime scenes. “It takes a toll on you when you have to receive the information on the curbside about your loved one,” he said. To keep from retraumatizing families, “understand the situation before you approach it.”

It will come down to the training of young journalists, said Latty. “We are not teaching them trauma-related coverage. It’s a real hole in journalism education. We’re just sort of tossing them out there. It’s not fair to them either … I’m frustrated, and I’m very, very sad.”

Laura Beil, a Texas-based journalist with more than 20 years of experience in health and science writing, has previously been published in ProPublica, Texas Monthly, the New York Times and Science News. She received the 2018 Victor Cohn Prize for Excellence in Medical Science Reporting from the Council for the Advancement of Science Writing (CASW).

Why freelancers should attend Health Journalism 2023

Playwright puts racism in health care on the stage

What to know about the state of patient safety