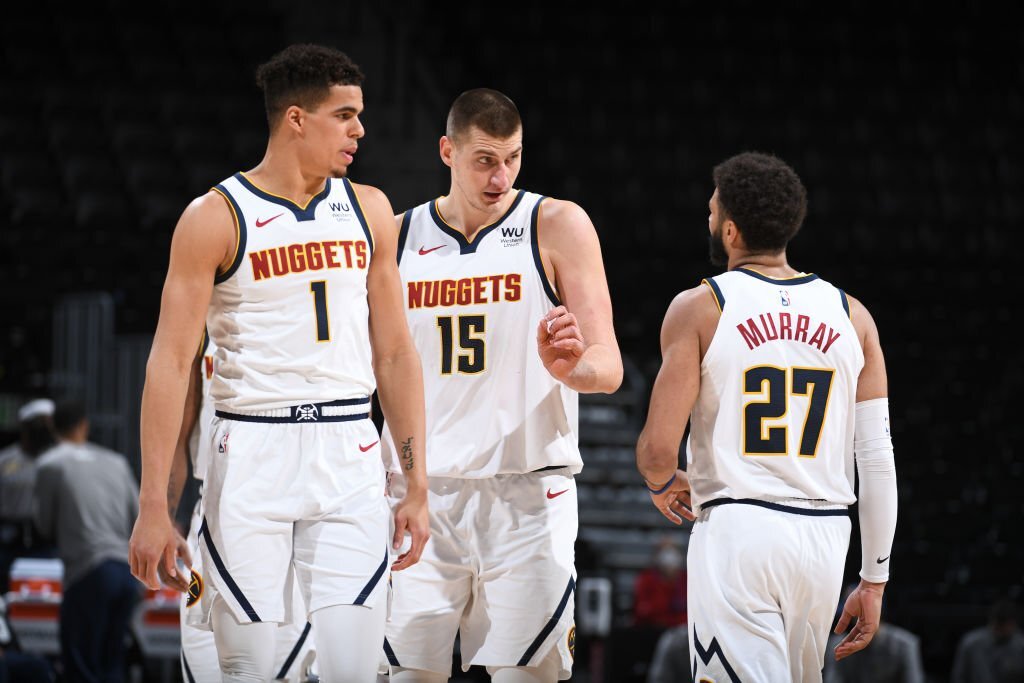 Nikola Jokic wants to be for Denver what Tim Duncan was for San Antonio, and to meet those lofty standards; he needs championships.

Proven so much already

Jokic already has proven so much in this league. He is the lowest drafted player to win an MVP (41st pick) and won it in back-to-back years. So Jokic can claim that he is the best value draft pick ever! In addition, he has been the best center in the league for several years. ESPN ranked him the 2nd best player in basketball.

Despite all these individual feats, Jokic strives to bring championships to the city of Denver. If he can deliver this franchise their first championship,  it would further cement his legacy as the greatest Nugget ever.

Jokic has ways to get to Tim Duncan’s level of impact, but the pieces for him to obtain similar success are there. The past two years have been rough with critical injuries to Jamal Murray and Michael Porter Jr, but the team seems to be fully intact heading into 2022-23. Last we saw this Nuggets core healthy; they made the WCF after two 3-1 comebacks. Jamal Murray and Nikola Jokic formed the second-best duo in the 2020 bubble while thoroughly outplaying Kawhi Leonard and Paul George.

The 2022-23 Nuggets can be even better than their 2020 squad. Jamal Murray may be a bit rusty when first coming back, but he still has room to grow as a consistent All-Star caliber player. The same goes for Michael Porter Jr, who broke out in 2020-21, averaging 19 PPG on a staggering 65 EFG%! Denver has one of the best trios in basketball, particularly on the offensive end.

Time to break through

With star power, depth, coaching, youth, and chemistry, the Denver Nuggets can rattle off multiple championships. Jokic is 27 and very durable, Murray is 25, and Porter Jr is 24. Now is the time for them to break through and win a championship because you can’t win multiple without the first.