No. 8 USC still looking for a killer instinct – Press Enterprise 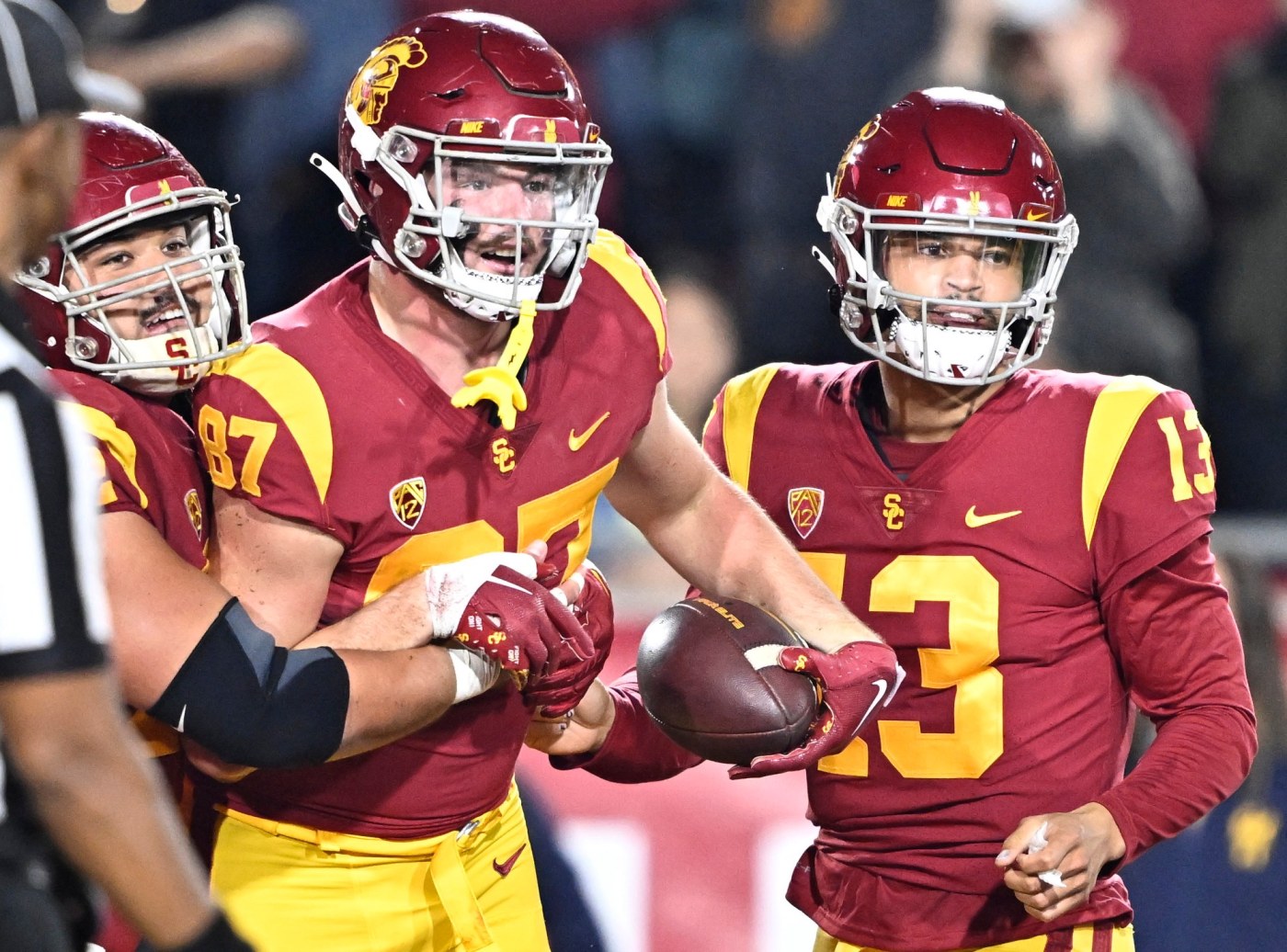 LOS ANGELES — As Lincoln Riley took the dais for his press conference following No. 8 USC’s 41-35 win over Cal, his usual soundtrack was missing.

No, the head coach doesn’t have entrance music. But usually after a win, the speakers in the USC locker room blare thumping music that leaks through the walls of the Coliseum into the interview room.

But after Saturday’s game, no music as Riley spoke to the media. As he finished his press conference, some music began to trickle in, but softer songs at lower decibels than usual.

Maybe it was just a coincidence. But the low-key atmosphere matched the lukewarm feelings that USC had after a win that should have looked more convincing.

“We’re just not playing to our full potential. And it’s there,” running back Travis Dye said. “We are a hair away, a third down away, a stop away, a catch away from just blowing teams out. It’s the little things. We got to get back on it.”

After taking a 20-point lead with 1:18 left in the third quarter, USC looked as if it could coast into a win. But the Trojans took that to mean they could actually coast, whereas Cal was ready to play through the final whistle.

“When we get up, it seems like we kinda take our foot off their neck,” safety Calen Bullock said. “In the beginning, we’re dominating. They can’t run the ball, they can barely do things. That second half … kinda got a little bit too comfortable.”

This has been a theme for USC this season dating back to Week 2, when Stanford scored two fourth-quarter touchdown to put a little fear in the Trojans. It happened again last week against Arizona, and then Saturday against Cal.

All three are teams that USC should have run away from, only to have to reset mentally and close out when things got uncomfortable.

“I sensed some frustrations a little bit at times when we’re not playing our best,” Riley said. “We gotta past whatever it is. But I don’t sense complacency. … We’re closer than we or probably anybody else thinks we are to doing that. But you got to go do it.”

The frustration is valid, but it’s easy to forget, after USC’s 8-1 start to the season, that a year ago this team went 4-8. Part of the adjustment since Riley has arrived, beyond learning new schemes and coaches, has been learning how to win without doubt.

USC has one more chance to do that, on Friday against 1-8 Colorado. Then, it’s a potential top-10 matchup with UCLA at the Rose Bowl and a rivalry game against Notre Dame, contests where there will be no margin for error.

“The mentality has to be different. It’s something that you have to go through to kind of know. Everybody’s gonna come and give you their best. That’s just the nature of the beast,” linebacker Shane Lee said.

“USC has a target, we have a target on our back. We can’t take anybody, look anybody in a light of, ‘Oh, well we can just relax now.’ That’s not going to be our reality if we want to be successful.”