Paramore Reveals The Reason For Their 5-Year Hiatus – Hollywood Life 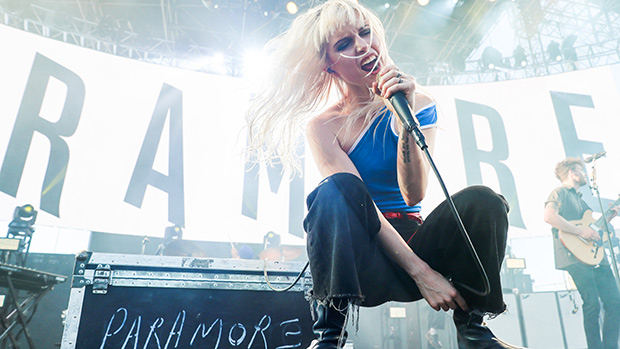 Paramore was one of the top bands in the world, and then they decided to step out of the spotlight. After the release of 2017’s After Laughter, the band took what would be a 5-year break. Now they’re back with an all-new album, This Is Why, which is coming out in 2023.

The hiatus really started after the death of one of the guitarists Taylor York’s family friends. “We realized nothing is worth risking our health,” he told The Guardian. The band decided to see what it was like to “not hang our identities on Paramore all the time.”

During Paramore’s break, lead vocalist Hayley Williams made two solo albums. Drummer Zac Farro also released new music. Taylor decided to quit drinking. “I wanted to explore some deeper parts of myself and figure out why we do this, how it happened,” Taylor revealed. “I’m a very introverted person and I have a passion and career that’s at odds with that. When it came back to doing [Paramore] again, I was able to say confidently, let’s do it. Zac and Hayley both needed to know that I wanted to do this.”

As the band reunited in Nashville to start working on their new album, they talked openly about “living in the south during a global pandemic, during racial injustice and a social movement that was bigger than it’s ever been in America,” Hayley said. “It felt really important for us to be home while so much crazy sh*t was happening.”

In an interview with Apple Music, Zac was candid about letting go of Paramore during the band’s hiatus. “I feel like each one of us have to go through our own journey of that letting go and choosing to… I mean, it’s a job at the end of the day, but it’s the best job you could ever have in the world. But you got to choose to get up and put your suit on and do it well,” he said. “And so I think just everybody has their own way of processing what they need to arrive and do the best they can at this job. So whether it’s removing yourself for a little bit or not having any identity attached to it or whatever it is, it only makes for a better Paramore because you come back and you’re that much more… “I am so glad I got some away time, so now I’m ready to come back and smash this.”

Wendell and Wild: Everything To Know About Key & Peele’s Reunion Netflix Movie