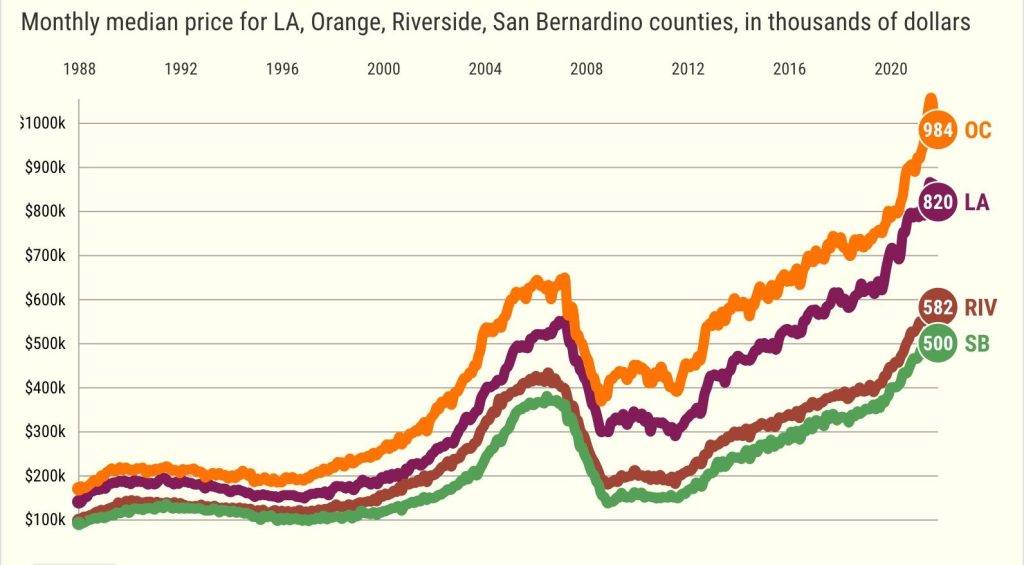 The homebuying pace cooled by 24% in August as house hunters were scared off by 49% higher house payments. Riverside County home prices are now 2.8% off their springtime peak.

Total: 3,304 Riverside County single-family, condominium, existing and newly constructed homes sold. This was the 10th slowest-selling August of the 35 since 1988.

How pricey has money become? Rates on a 30-year, fixed-rate mortgage averaged 5.38% in the three months ending in August vs. 2.9% a year earlier. That translates to 26% less buying power for house hunters — largest drop since 1971.

What are sellers are thinking? Listings are up dramatically. August homes for sale in the four counties totaled 28,286 — up 61% from December, Redfin figures show.

What’s the industry thinking? Local real estate bosses cooled hiring — added 600 workers in the four counties in August vs. 1,240 workers added monthly on average in the past year.

What are landlords thinking? Rent hikes are smaller — $8 increase for a typical Southern California apartment in August vs. $13 increases on average the previous six months. And six of the 21 big cities had falling rents, ApartmentList data shows.