Although there are plenty of marriages that have stood the test of time in Hollywood, there are a few that just weren’t meant to last. Some couples simply go their separate ways, figure out that they weren’t meant to be, or something far more dramatic takes place to cause two stars to drift apart. Jennifer Lopez once had a very short-lived marriage, but she’s proof that true love can come well beyond a failed marriage. She got married for a fourth time to Ben Affleck and the famous couple is preparing to host a major party to celebrate. We thought it would be a good idea to take a look back at some of the shortest celebrity marriages of all time. 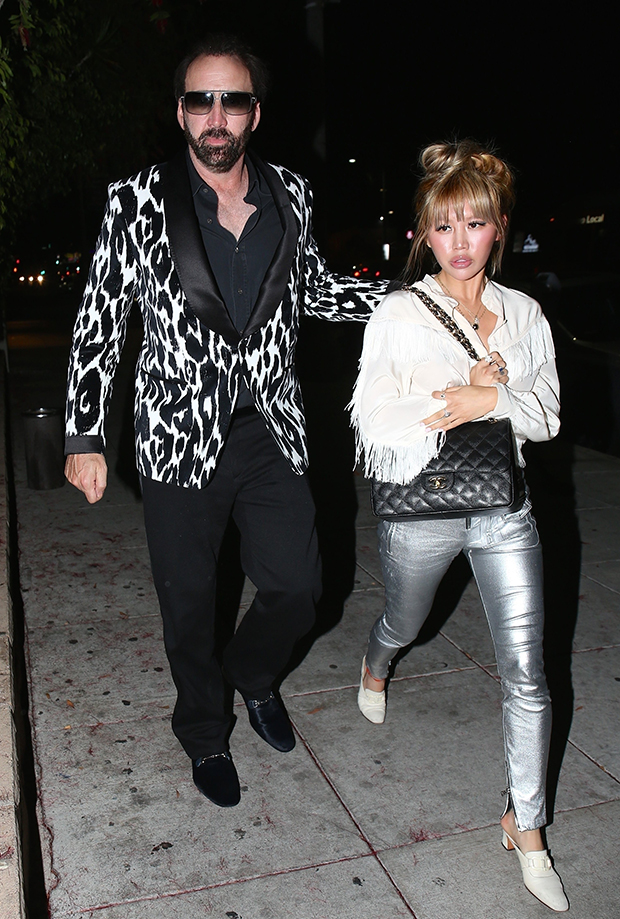 Nicolas Cage and Erika Koike really redefined the term “quickie marriage” with their whirlwind relationship. The National Treasure icon filed for an annulment from his fourth wife just four days after they tied the knot in Las Vegas and he was serious about the split. The actor, then 55, and makeup artist, then 34, applied for a marriage license in Nevada on March 23, 2019, but when Nic came to pick it up on the 27th, he asked for the annulment papers instead! Nic claimed that he “lacked understanding” of what was going on when he said “I do” to his girlfriend because he had been “drinking to the point of intoxication,” according to documents obtained by The Blast. He also accused his then-girlfriend of not disclosing “the full nature and extent of her relationship with another person,” and that she didn’t disclose her alleged “criminal history.” Thus, Nicolas alleged that this marriage would have been a “fraud.”

“Nic did what he did,” Erika said when speaking for the first time on the doomed marriage. “We’re not going to reconcile or get back together. Nic could have come to me and talked to me, not publicly humiliate me. I’m hurt and mistreated, it’s unfair, but the case is sealed, and my lawyer won’t let me speak until we are all done.

Nicholas and Erika were granted a legal divorce two months later on May 31. The documents, which were obtained by TMZ, showed that Nic failed to score the annulment and “settled for a divorce the old fashioned way.” 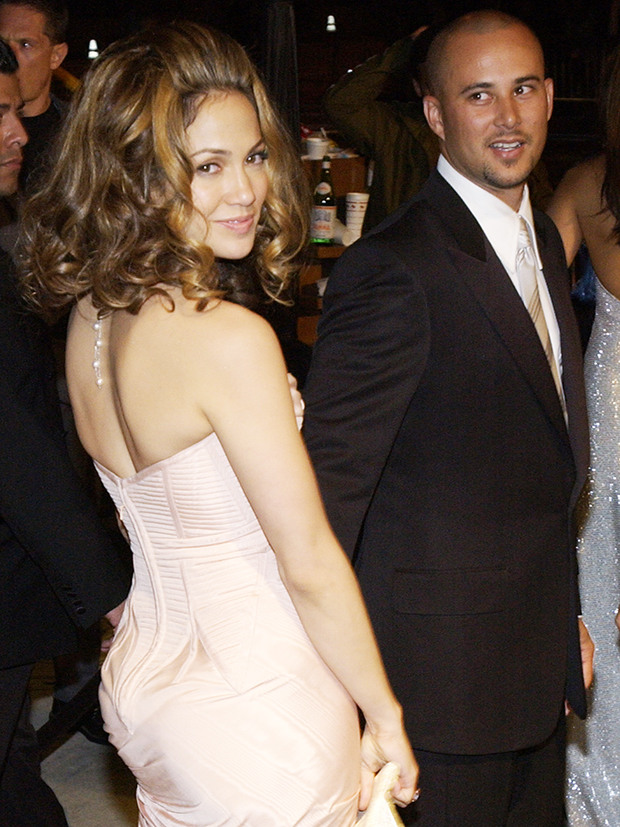 Long before her engagement to Alex Rodriguez came to an end in April 2021, Jennifer Lopez‘s union with Cris Judd ended quite quickly. Cris was J.Lo’s backup dancer before they decided to take their professional relationship to a new level. After a whirlwind romance, the two tied the knot in September 2001. Unfortunately, the couple divorced less than a year after saying “I do.” The former couple’s divorce was finalized in June 2002.

Cris’s father gave an interview in 2002 where he pinned the blame for the breakup on Ben Affleck, who J.Lo started dating once they met on the set of Gigli. Cris himself was willing to let bygones be bygones. He talked about his failed relationship with J.Lo on a 2013 episode of Oprah: Where Are They Now?, per HuffPost.

“During the time when we were separated, and we were going through [the] divorce, I was getting a lot of calls to interview, and naturally, everyone wants to know the dirt about your marriage and what went wrong,” Cris said. “And I never wanted to do that because that’s no one’s business.” 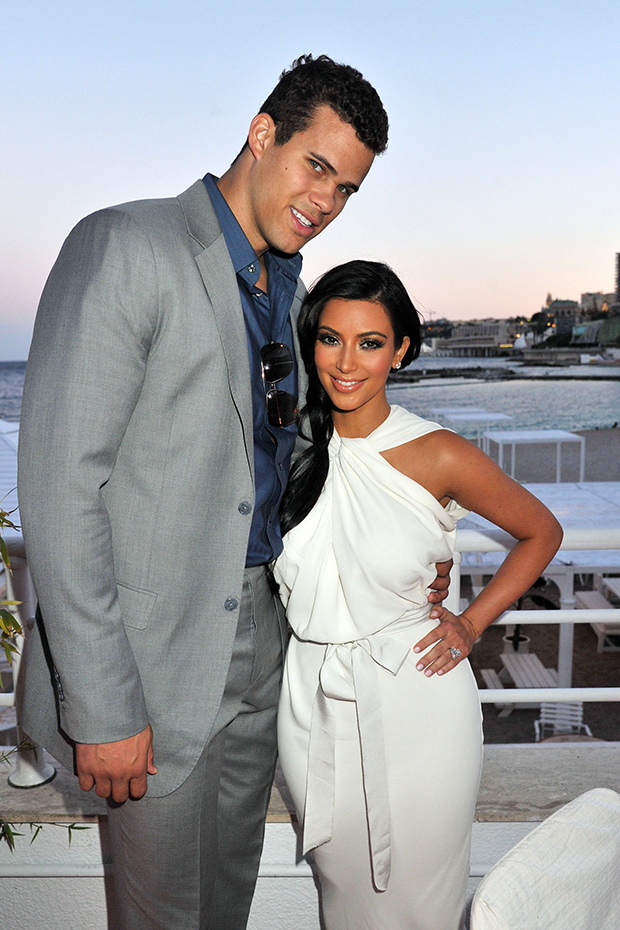 Another marriage that probably comes to mind is Kim Kardashian and NBA star Kris Humphries‘ short-lived union. Kim and Kris, of course, only lasted 72 days. The couple dated for seven months, got engaged, and had a fairytale wedding in August 2011, just three months later, that aired on Keeping Up With The Kardashians. But by October 2011, Kim filed for divorce. The former couple’s divorce was finalized in June 2013, just ahead of the birth of Kim’s first child with Kanye West.

Kim spoke candidly about when she knew the marriage wasn’t going to work during her May 2017 appearance on Watch What Happens Live! with Andy Cohen. “At the time I didn’t even — I just thought, ‘Holy sh*t, I’m 30 years old. I better get this together; I better get married.’ I think a lot of girls do go through that — where they freak out and think they’re getting old and they have to figure it out,” she said. “But I knew, like, [by the] honeymoon it wasn’t going to work out.”

Kris addressed the divorce in a lengthy piece for The Player’s Tribune published in March 2019. I should have known what I was getting into,” he admitted. “I was definitely naive about how much my life was going to change. But the one thing that really bothers me is whenever people say my marriage was fake. There’s definitely a lot about that world that is not entirely real. But our actual relationship was 100% real. When it was clear that it wasn’t working…what can I say? It sucked. It’s never easy to go through the embarrassment of something like that — with your friends, with your family….but when it plays out so publicly, in front of the world, it’s a whole other level. It was brutal.” 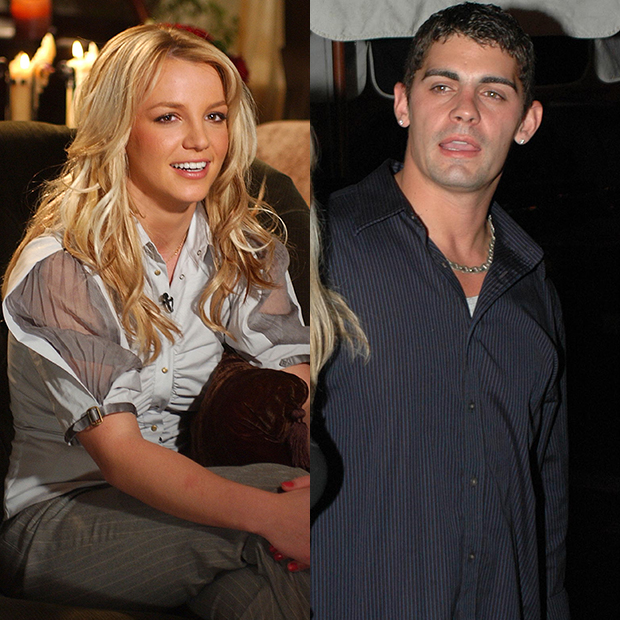 Britney Spears has a few celebs on this list beat by miles. Her 2004 marriage to childhood friend Jason Allen Alexander lasted an astounding 55 hours. The pair was drunk in Las Vegas and decided to get hitched at a drive-thru chapel. It was annulled following a petition to the court that stated Britney “lacked understanding of her actions.”

Jason looked back on the brief marriage in a July 2021 episode of Toxic: The Britney Spears Story podcast. “We felt like this was a way that would bond us together, regardless of how far we are separated. We’re married. You can’t not let us reunite,” he said, before saying what allegedly happened after the Vegas wedding. “We left, consummated the marriage in the limousine on the way back to the hotel and then when we got back to the hotel — ‘Hey, guess what? We’re married!’ and everybody freaked out and no one was happy. And I was like, ‘Oh, this is about to get interesting.’ ”

In June 2022, Jason tried crashing Britney’s wedding to Sam Asghari at her home in California. He livestreamed himself going to Britney’s house and asking about the wedding. “Britney Spears invited me here. She’s my first wife—my only wife. I’m her first husband. I’m here to crash the wedding,” he said in a video he recorded. He was subsequently arrested outside of the singer’s home. Jason was convicted of aggravated trespass and battery and was sentenced to 128 days at Ventura County Jail. Britney was also granted a three-year restraining order against Jason.

Everything To Know Ray & Their Relationship Now – Hollywood Life