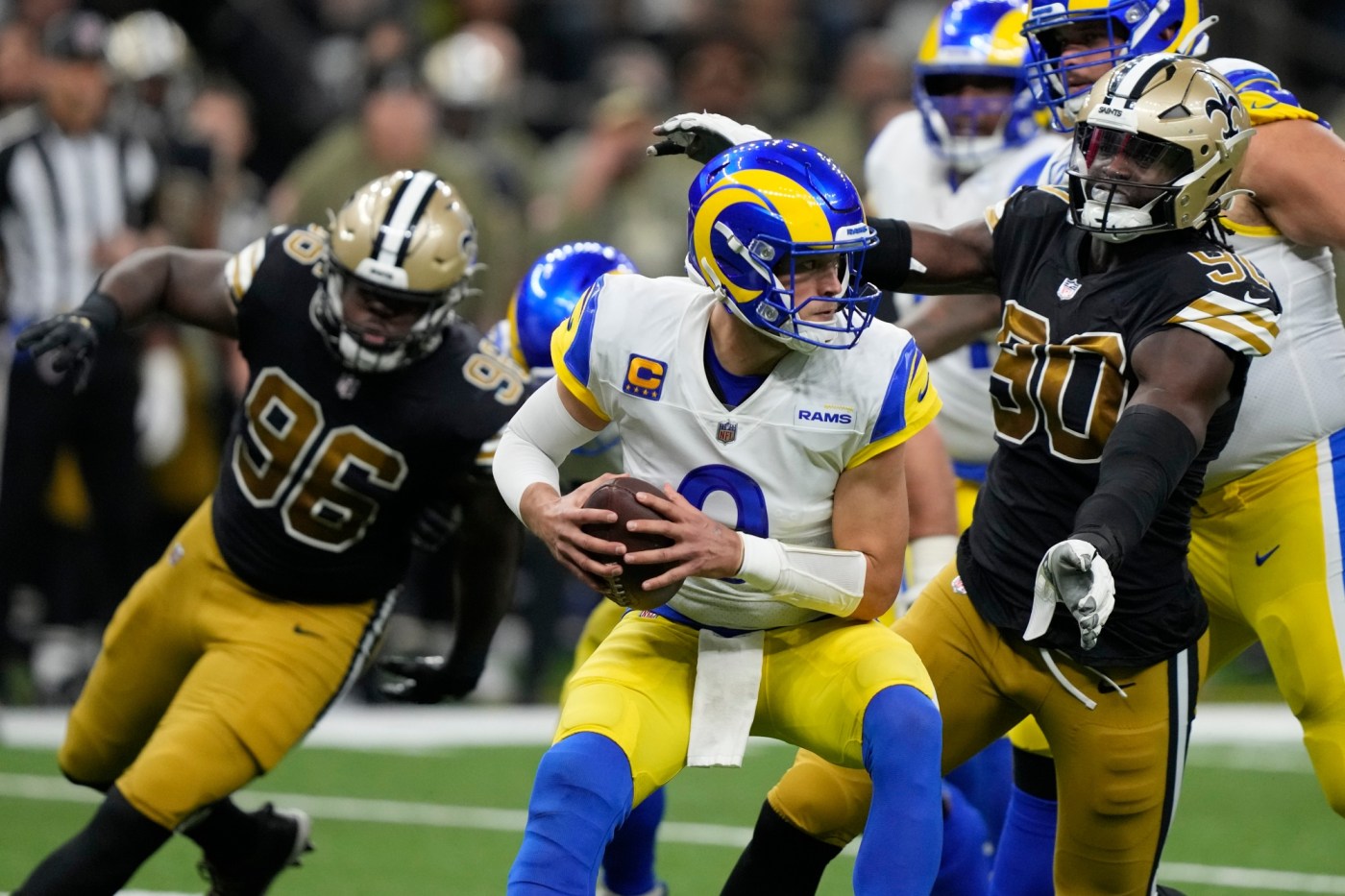 McVay said it hasn’t been determined whether Stafford sustained a concussion in last week’s loss against the New Orleans Saints and specified Stafford’s injury as a neck issue.

“He is in the concussion protocol, that does not mean he has a concussion,” McVay said. “He’s got a neck issue right now and we’re continuing to gather evidence, but he will be out this week with that neck issue. He is in that protocol because of the way he exited the game.”

McVay declined to say if the Rams (3-7) are considering placing Stafford on injured reserve, which would sideline him for a minimum of four games with seven games left in the regular season. McVay revealed Monday that Stafford sustained a concussion during his previous stint in the protocol, which forced him to miss the Week 10 game against the Arizona Cardinals.

Bryce Perkins will likely be the Rams’ starting quarterback against the Chiefs, but McVay declined to commit to him Wednesday. John Wolford hasn’t been available because of a neck injury he sustained while filling in for Stafford against Arizona.

“We’re just taking it a day at a time,” McVay said about Stafford. “It’s a week at a time at this point. You guys know that we’re going to be smart about this situation. My tune and tone is not going to change in the least bit. It’s about the person and it will always be.”

Check back soon for updates