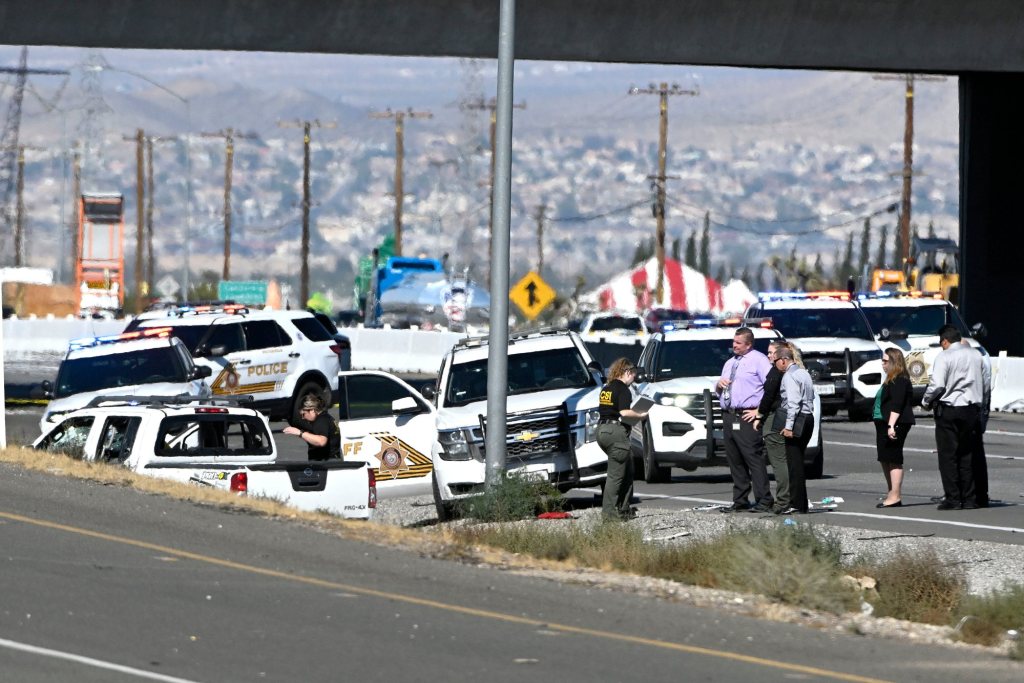 The San Bernardino County sheriff’s deputies who engaged in a gunfight with Anthony John Graziano and his 15-year-old daughter Savannah on Tuesday, Sept. 27, were not wearing uniform-mounted cameras even though Sheriff Shannon Dicus had promised a year ago that the devices would be deployed by this time.

Such video could have been important evidence in determining how Savannah Graziano, who at the time was believed by Fontana police to have been kidnapped by her father, wound up getting shot as she ran toward deputies from the disabled car along the 15 Freeway in Hesperia while wearing chest armor and a tactical helmet.

Investigators may now have only video filmed by a sheriff’s helicopter crew and any bystanders to assist in the probe.

Dicus had said in an August 2021 interview that the deputies would receive the cameras by the end of the winter. Dicus at the time said the difficulty of transmitting data from remote locations in the vast county was finally being overcome.

“This isn’t an issue of something we’re trying to be resistant to,” Dicus said then.

The Sheriff’s Department was asked for an update on the body-worn camera program Thursday morning. After an official acknowledged the request, there was no response as of 4:30 p.m.

Lolita Harper, executive director of the Sheriff Employees Benefit Association, which represents deputies, said Thursday that they are eager to receive the cameras.

“We’ve been asking and pushing for them for a very long time,” Harper said. “I think it’s been overwhelmingly obvious that body-worn cameras are a great start to being able to show various perspectives and for us, we recognize they are a benefit. … Studies have shown they help more than hurt and exonerate more deputies than anything.”

The Sheriff’s Department has not yet publicly reacted to criticism on social media of the deputies who were firing on Anthony Graziano when his daughter was hit. It is not clear whether she was attempting to flee to safety or was threatening deputies, or whose gunfire struck her.

Dicus said Wednesday that she was a “participant” in the rolling gun battle from Barstow to Hesperia, but asked to elaborate on that, the department did not.

“We know our deputies go to work in good faith, to protect the public and will even put themselves in harm’s way to do so,” Harper said. “They never want to be forced into these tragic incidents. But there is no perfect call and no perfect scenario. Sadly, this suspect’s violent spree ended his life and the life of his daughter.”

Meanwhile, Fontana police continue to investigate the shooting Monday of Anthony Graziano’s wife, Tracy Martinez, that prompted the hunt for Graziano and his daughter. Sgt. Christian Surgent said Thursday that new evidence, a cell phone video and a Ring video, showed that the estranged couple’s daughter was in the back seat of the Nissan Frontier when the shooting happened on Cypress Avenue.

“While present, she was not involved in the homicide,” Surgent said.  “We originally believed she was picked up by Anthony after the fact but this witness and Ring video now prove otherwise.”

Surgent also said a search of a storage unit rented by Anthony Graziano turned up firearms including AR-15-style rifles, handguns, thousands of rounds of ammunition, smoke grenades and armor plate vests.  He was legally allowed to own them, Surgent said.