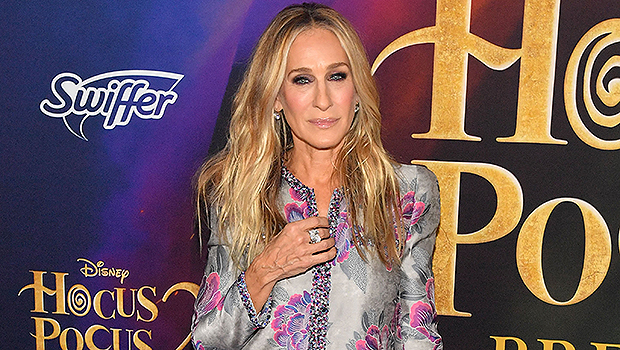 Sarah Jessica Parker has broken her silence on the death of her stepfather Paul Giffin Forste, who passed away at the age of 76 on September 28. The Just Like That star, 57, took to her Instagram to share a sweet tribute to the father figure, including an adorable throwback snap of him in black-and-white. “Godspeed.
RIP. Strong like a bull. Til the end,” SJP wrote. “At home and among all those who loved you dearly, you will be missed always.”

She concluded the heartbreaking note with a nod to her mom, Barbra Forste, who was married to Paul for over five decades. “We will take good care of Mommy, who you worshipped for 54 years. X, SJ,” SJP wrote. Although Paul was technically SJP’s stepfather, her birth father, Stephen Parker, had walked out on the family, so Paul treated Barbra’s four kids like they were his own when they married in 1968. Barbara and Paul would go on to have three more children together.

On Thursday (September 29), a rep for the actress confirmed Paul’s death in a statement to HollywoodLife. “Our family is sad to announce that after an unexpected and rapid illness, Paul Giffin Forste passed away yesterday at age 76,” the statement said. “In his last moments he was surrounded with the love and gratitude of his adored wife Barbara of 54 years and children, including Sarah Jessica Parker.”

News of Paul’s death comes after SJP pulled out of the New York City Ballet Gala last minute on Sept. 28. An attendee of the gala told Page Six that SJP, who was set to be honored, had to miss the event because of a “sudden devastating family situation,” according to an announcement made on stage. She also skipped a virtual press tour for her new movie Hocus Pocus 2, per Entertainment Tonight.

Madonna Hangs With Kids Lourdes, 25, & Rocco, 22, During Night Out In NYC: Photos

Before the sudden death of her stepfather, however, SJP was able to attend the premiere of Hocus Pocus 2 and appeared jubilant to be taking over the red carpet with her husband Matthew Broderick, and their twin daughters, Tabitha and Marion. It was certainly a joyous family affair, as the twins are generally kept out of the public’s eye.

Meanwhile, SJP is also back on set filming the second season to the Sex and the City reboot And Just Like That. The show, which is expected sometime in 2023, will see the return of Kristin Davis and Cynthia Nixon as well.