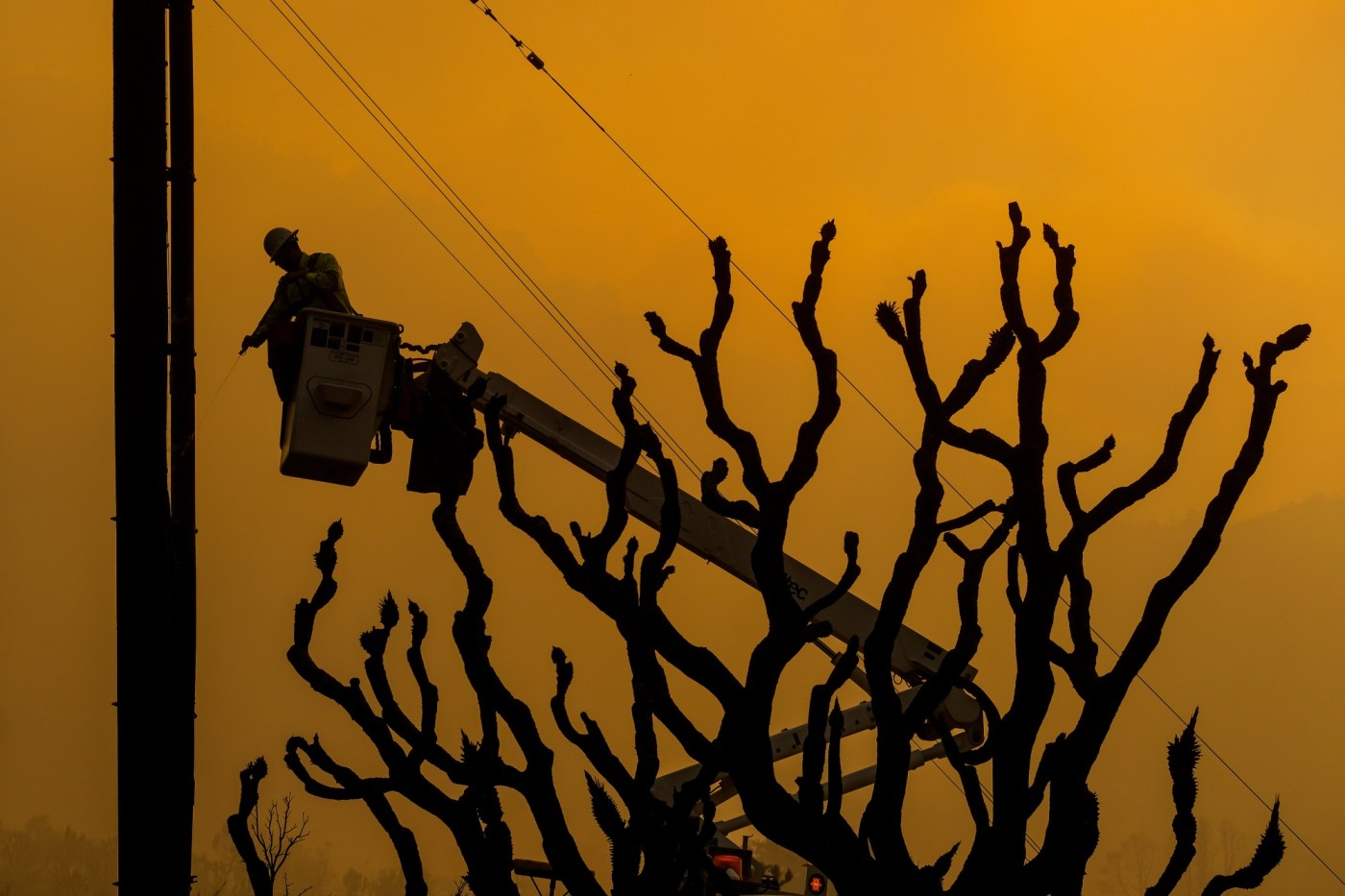 Residents in the Santa Clarita area and the western edge of the San Fernando Valley could be without power for part of Thanksgiving Day as Southern California Edison considers measures to protect public safety in the face of low humidity and looming Santa Ana winds that will increase the chance of dangerous wildfires.

Possible wind gusts between 40 to 55 mph are anticipated, weather forecasters said, and could remain strong through Thursday night. Humidity is anticipated in the 5% to 15% range as the winds ramp up.

“The combination of these gusty winds and very low humidity will very likely lead to at last six to 12 hours of widespread critical fire weather conditions,” NWS said.

Those forecasts led SCE to consider most of Ventura County and more than 6,000 homes and businesses in the Santa Clarita area for public safety shutdowns.

More areas could be considered, depending on weather conditions, said David Song, an SCE spokesman.

“These are dynamic events, but for now…it’s contained to a small part of L.A. County,” Song said.

As of Wednesday afternoon, there were no power shutoff considerations for Orange or San Bernardino counties. SCE officials were keeping an eye on a section of Riverside County along the 215 Freeway where construction was taking place, though it was not yet under consideration, Song said.

A number of factors play into the decision on which areas to consider for power shutoffs, Song said. Two of the main factors include wind speeds and fuel conditions.

Santa Clarita, Song said, did not receive much rainfall in the area’s most recent storm.

“This time of year, with dead vegetation, getting moisture there is good,” Song said, “but the last wind event in these areas, that’s all dried out now. Relative humidity in some areas that might go down to single digits, that’s a factor.”

In addition to Santa Clarita, some areas in Riverside County along the 215 Freeway may also be under consideration, Song said.

Residents can sign up for outage alerts through SCE’s website, Song said, or check out the utility’s outage map, which is updated regularly and includes areas where public safety power shutoffs are being considered or are in effect.

Those who want to check in on family members who live within the areas under consideration can check the status of the household by entering the address on the utility’s power outage map.

“It’s the Thanksgiving holiday and that’s not lost on us,” Song said. “It’s not lost on us that people may be making plans with family and some may not have seen family for years because of the pandemic. We’re trying to balance that and weigh that with public safety.”