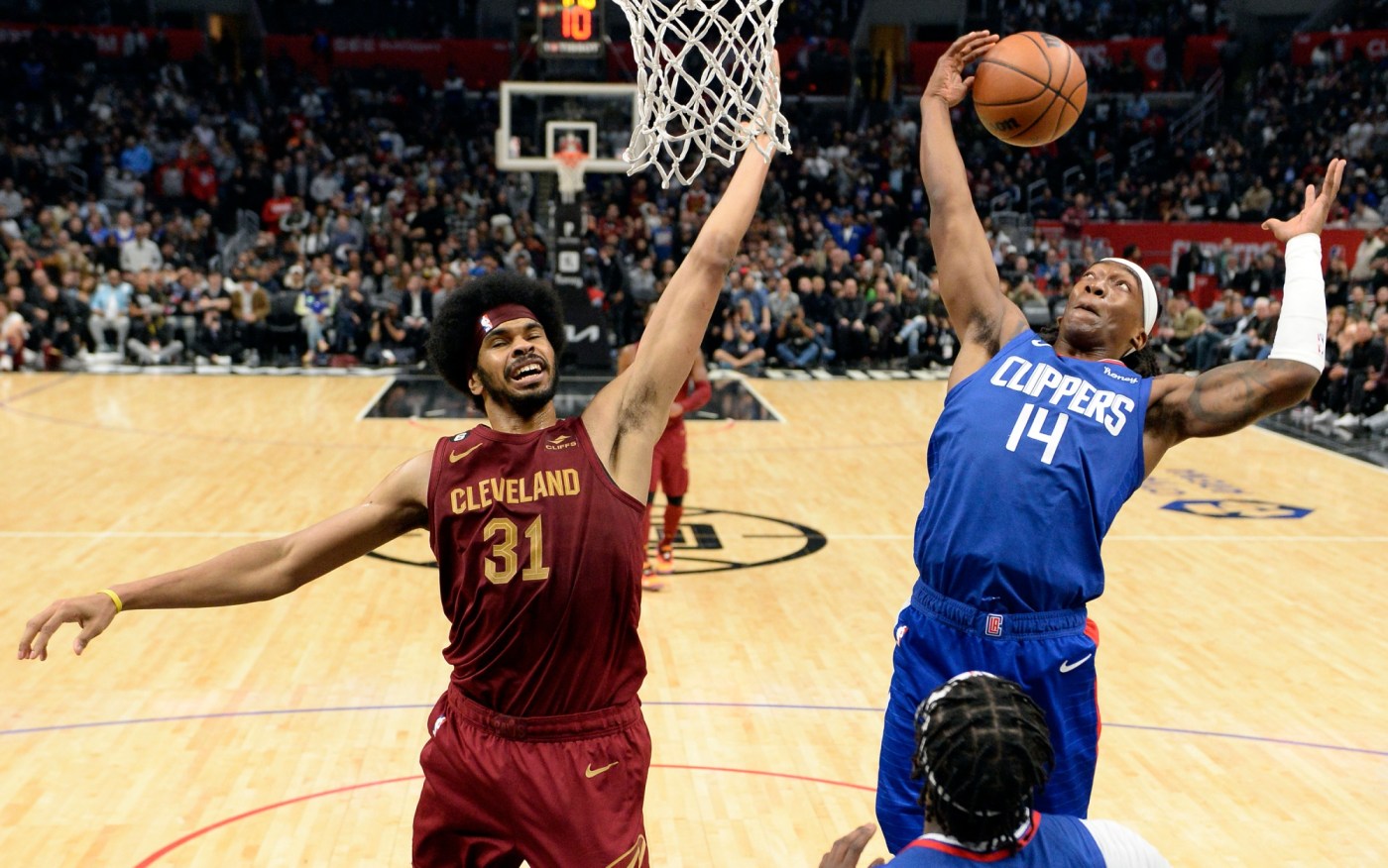 LOS ANGELES — The message was simple. Just be who you are, the coach said.

Trouble is, who is Terance Mann? Is the Clippers’ fourth-year player a point guard, which he plays at times? Is Mann a small forward? A 6-foot-5 center? The answer is all of them this season.

With so many players in the lineup through the team’s first 11 games, Mann, a swingman who prefers to play shooting guard, has been asked to step in at various times, and that has transpired into him having to play several positions. Sort of a jack-of-all-trades in Anta Shocks.

“It’s been tough,” Mann said. “We (Coach Tyronn Lue and himself) talk every night how I’m playing a different position. I can be in a different spot on the court any given night.”

Switching from bringing the ball up the court one night to defending the paint the next could be intimidating for a young player, but the 2019 second-round pick from Florida State has embraced the role.

In the past two games, Mann started at shooting guard and scored 16 points on 6-of-9 shooting, grabbed four rebounds and added five assists in Monday’s upset of the Cleveland Cavaliers, and finished with 14 points on 7-of-8 from the field with three rebounds and three assists in a loss to the Utah Jazz.

“For most of the game (against Cleveland), I was in just one position, so that was fun,” Mann said. “I was able to stick to one thing and knew exactly how to execute it. I knew that a lot of outs would be available because of how PG (Paul George) has been playing lately and knowing they are going to load up on him big time. And how (Ivica) Zubac has been rolling hard lately.”

With defenses keying on George and Zubac, Mann has been able to find plenty of open lanes to get to the basket.

“I just executed the cutting process tonight,” he said after the Cavs game. “I wanted to go into the game trying that and I think I did a pretty good job of it.”

Lue is expected to stick with Mann as the starting shooting guard Wednesday when the Clippers (6-5) face the Lakers (2-8) in a home game at Crypto.com Arena.

“I just told him to just fly around, be who you are,” Lue said. “(I told him) you’re going to make mistakes, but play with that energy, attacking the glass, offensive glass, pushing it in transition, taking open shots and being a good cutter. And he’s gotten back to that.”

Mann’s spirited play lately not only drew praise from Lue but also from one of his biggest fans – George.

“T Mann is just back to being that energy guy,” George said. “He can make plays; he can do pretty much everything for us and I thought it was on display tonight (against the Cavs).

Last season, George compared Mann to a younger version of himself, saying that he was a hard worker “who can do just about everything on the floor.”

Mann displayed his talent in last year’s playoffs when he delivered 39 points – 20 in the third quarter – to lead the Clippers to a Game 6 victory against Utah to advance to the team’s first Western Conference Finals appearance.

He scored the Clippers’ first 12 points and added 20 in the third quarter, going 15 of 21 from the field and 7 of 10 from beyond the 3-point line. He signed a two-year, $22-million extension with the Clippers during the offseason that keeps him in Los Angeles through the 2024-25 season.

“T Mann, we know who he is as a player,” Lue said. “We don’t want him really thinking too much, like just let him play. He makes things happen. So, it was good for him to play well tonight.”