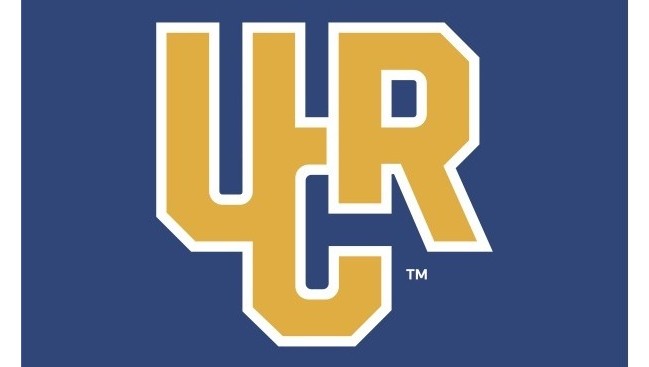 RIVERSIDE — Luka Lukic understands the physical nature of his game, and he can give as well as he can receive.

Lukic was repeatedly fouled but used his head to score the lone goal before halftime, and UC Riverside held on to defeat UC Santa Barbara 1-0 Saturday night in the Big West Conference tournament championship final at UCR Soccer Stadium.

“I’ve been playing soccer since I was 5 years old, so being physical and experiencing punches and hits from the back is not a new thing for me,” said Lukic, who had a large contusion in his left hand after the match. “This was the championship so I was ready for it. A few bruises are the least I can expect.”

Carlos Gonzalez made four saves to earn Big West Conference MVP honors for UC Riverside (8-7-4 overall), which earned an automatic berth to the NCAA Division I men’s soccer tournament for only the second time.

The Highlanders, Big West Conference regular season and postseason champions, will learn their first-round opponent during the NCAA Selection Show at 10 a.m. Monday.

“Our guys earned the result and I’m excited that they get to continue their season,” UC Riverside coach Tim Cupello said. “Winning the double doesn’t happen often, so I’m thrilled for the program.”

Lukic entered the match midway through the first half and was slammed from behind each time he left the ground for an aerial challenge.

After Lukic was fouled again from behind near the 43rd minute, Brendan Clark sent the ensuing free kick toward the penalty spot where it bounced around before Lukic headed the ball into the back of the net.

“We haven’t been too successful on set pieces this season, but I was lucky enough to be there and I got a deflection on to my head and it resulted in a goal at the right time,” Lukic said.

All four of Gonzalez’s saves came during a four-minute span near the end of the first half as UC Santa Barbara sought an equalizer that did not come.

“There are a lot of uncredited moments for our back line but they go out and they battle and make my job as easy as it can be, and in the moments I need to have their back I do my job,” Gonzalez said.

UC Santa Barbara’s leading scorer, Finn Ballard McBride, had two headed shots on goal that forced diving saves from Gonzalez, who had far less to do in the second half as UC Riverside locked down on defense.

The Highlanders, who allowed only eight goals against conference opponents, finished off their fifth shutout of the season with a sellout crowd of more than 1,500 counting down the seconds on the clock before storming the field in celebration.

“It became a little more of a defensive battle tonight than it was two weeks ago (in a 4-1 win vs. UC Santa Barbara) but that’s fine. We can beat teams in multiple ways,” Cupello said.

UC Santa Barbara coach Tim Vom Steeg was cautioned before halftime for dissent and was sent off after the final whistle for approaching the referee crew to share his thoughts. He did not attend the post-match press conference.