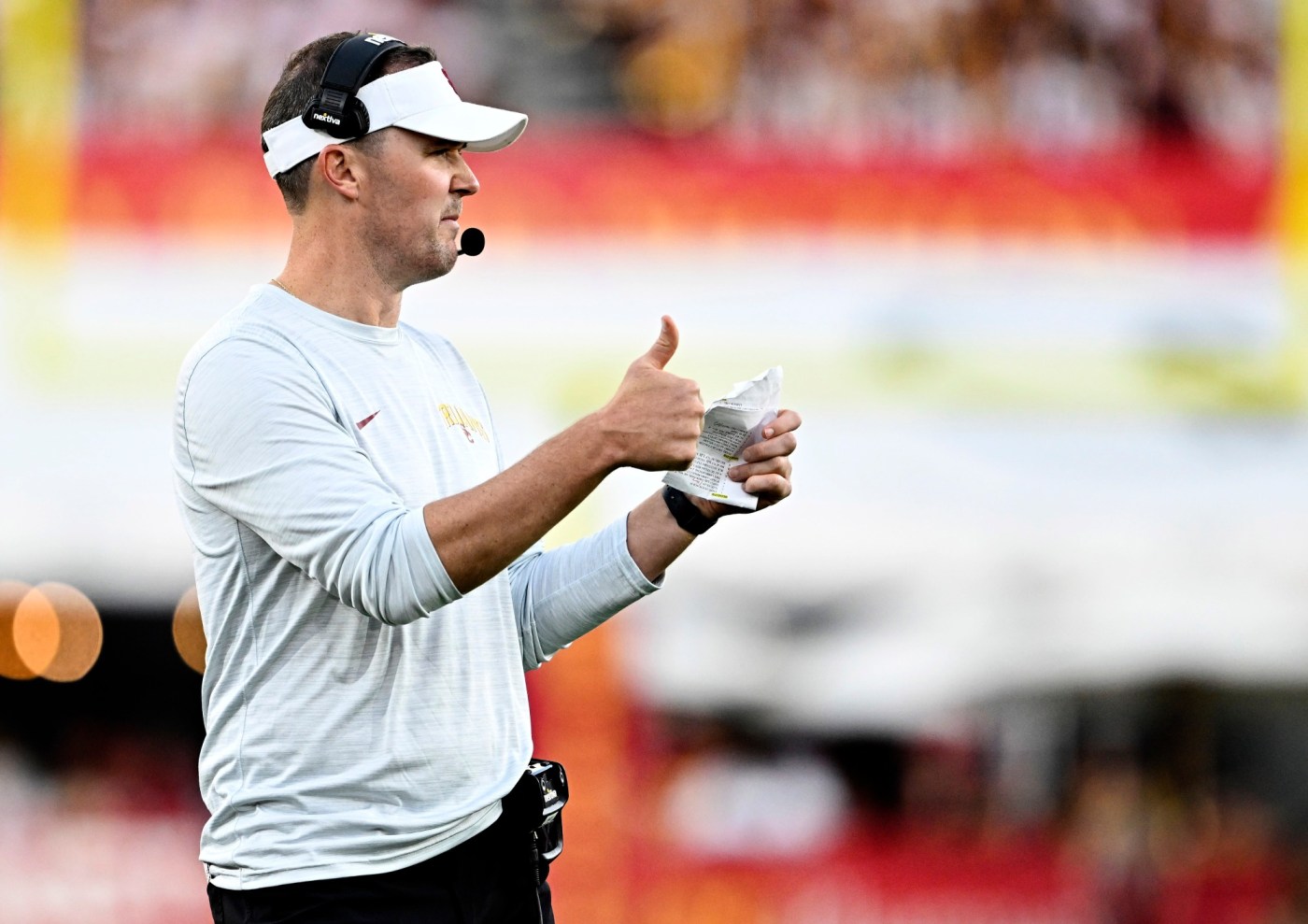 The initial College Football Playoff rankings were released on Tuesday, and USC come in at No. 9.

The Trojans — ranked ninth in the Associated Press poll, too — have opened the season 7-1 with a 5-1 record in the Pac-12.

USC is 1-1 against teams in the first CFP rankings, with a win at Oregon State and loss at Utah. The only remaining game against a ranked opponent for USC is at UCLA in Week 12. But if the Trojans make the Pac-12 championship game they could add another resume game to their schedule.