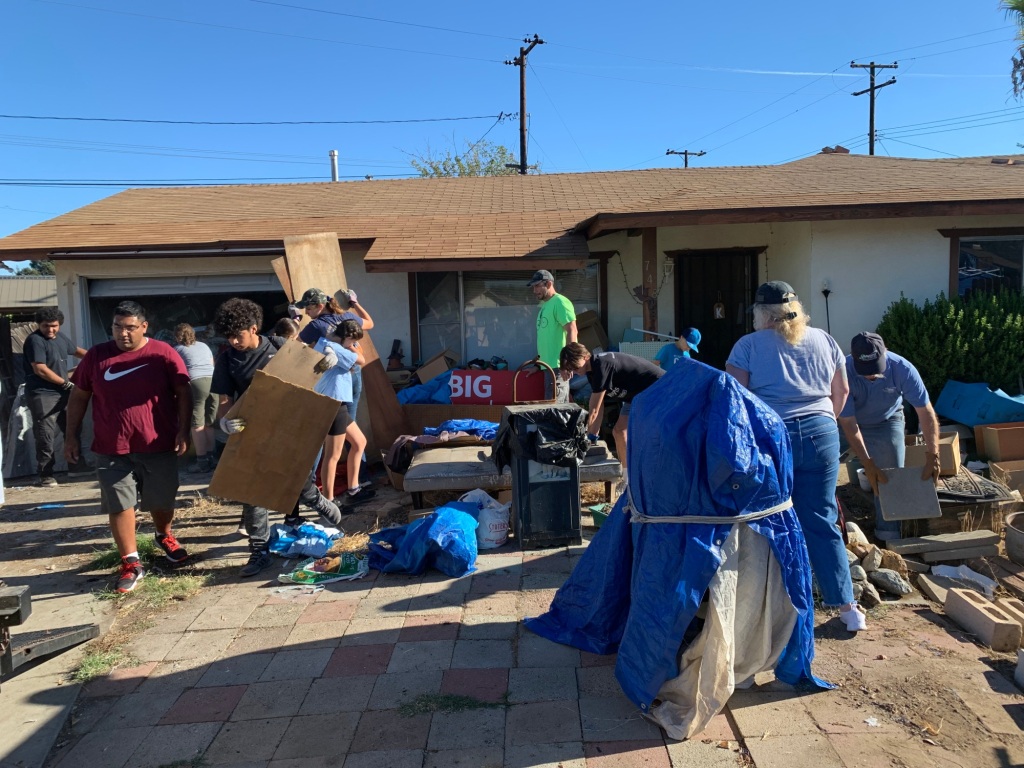 Volunteers worked Saturday, Sept. 24, to clean up sites across the San Jacinto Valley.

The Community Day of Service, hosted by the Hemet-San Jacinto Interfaith Council, began at the Church of Jesus Christ of Latter-day Saints in San Jacinto, a news release states. A continental breakfast was provided by the church and the Baha’i faith.

Interfaith council officers and Hemet and San Jacinto elected leaders welcomed volunteers before they went out.

More than 300 volunteer workers — including youths from local high schools — removed more than 8 tons of trash from 19 sites across the San Jacinto Valley and two in Anza, according to the release.

After the work was done, volunteers enjoyed a barbecue hosted by the Kiwanis Club of Hemet Valley/Morning Club and the Exchange Club of Hemet.