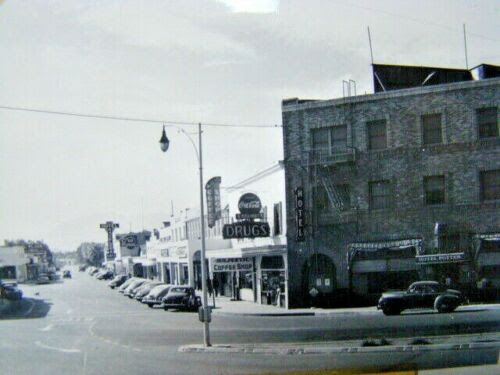 Usually it is the readers of this column who ask us questions, but today I have a question for our readers.

Was Helen Hester, who was elected to the Indio City Council in February 1941, the first woman to serve on a city council in Riverside County?

Hester was born in 1907 in the Los Angeles area to Le Roy and Grace Pawley. Sometime around 1911, the Pawleys headed east to the Coachella Valley, where they initially lived in the Thermal area. By 1920, they were living in Indio.

In December 1924, then 18-year-old Helen Pawley married Kerby Hester, 22. Both were from Indio. They had two children. Helen followed in her parents’ footsteps of community involvement. She became president of the Indio PTA. She ran for school board in 1939 but lost to the incumbent, 261 to 137.

Then, in February 1941, there was a recall on the ballot of Indio Councilman George Schisler. Helen was in favor of the recall and ran to take Schisler’s council seat should he be recalled. The recall was successful and Helen won the seat over the other candidate, who happened to be a man, 176 to 140. She was the first woman on Indio’s city council. She won reelection in 1944.

Helen Hester was nothing if not a trailblazer. In March 1950, it was announced that she would run for county supervisor, the choice of the newly organized Good Government League of Riverside County. In the primary, she came in first in a field of four candidates by almost 500 votes. However, she lost in the November general election by 166 votes. She ran again in 1954 but once again lost. It wasn’t until 1980 that a woman would be elected to the Riverside County Board of Supervisors.

Helen continued her community involvement, however. She was president of the Old Timers Club, the Woman’s Club and the Pioneer Society. And she was a director of the Chamber of Commerce and secretary of the Citrus Belt League of Cities.

Helen wasn’t done with elective office. In 1957, she was elected one of the freeholders who drafted a new county charter that went on the ballot in 1958 — one of only two women who were elected to that group.

Helen remarried in 1969 to Roderick Leap of Mecca. They moved to Washington state, perhaps ready for a cooler, greener climate. Helen died there in 1993 and was buried in Washington State.