Who Is Luke Macfarlane? About The Handsome ‘Bros’ Breakout Star – Hollywood Life 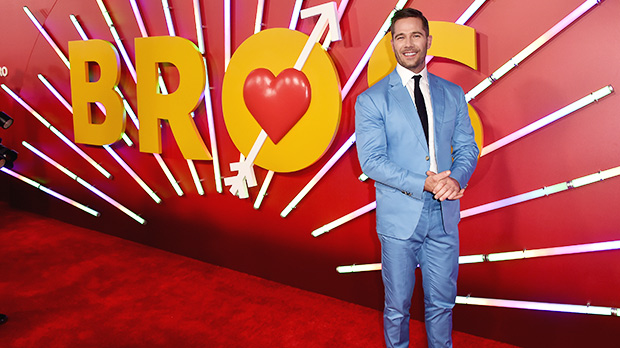 Bros is the best romantic comedy of 2022. The movie’s also making history as the first gay rom-com produced and distributed by a major American studio. Luke Macfarlane is the ultimate leading man with Billy Eichner.

You might be asking, who is Luke Macfarlane? Bros is definitely the 42-year-old’s biggest breakout moment. From his Hallmark history to being open about his sexuality, here’s what you need to know about Luke.

Luke stars as Aaron, Billy’s love interest, in the film. Billy spoke EXCLUSIVELY with HollywoodLife about the moment he knew he’d found his Aaron for Bros.

“It was very important to us from the beginning that my love interest would be played by an openly gay actor,” Billy told HollywoodLife. “We knew that, but we didn’t know who it would be. Luke came into the audition, and we didn’t know each other at all. There are a lot of guys who auditioned who I’m friends with who are really wonderful, talented, successful actors. They were all great. And then Luke walked in, and I wasn’t even thinking about it very much because I didn’t know him. All of a sudden, we started reading the scene together, and we just had chemistry. It was one of those bizarre, magical things where we had never met before, but there was a spark between us.”

2. Luke is a Hallmark movie regular.

His first Hallmark movie was The Memory Book in 2014. He has since made a score of other Hallmark movies, including A Shoe Addict’s Christmas, Taking A Shot at Love, and The Mistletoe Promise. The actor currently has a multi-picture deal with Crown Media Family Networks. On top of Hallmark, Luke is known for his roles in Brothers & Sisters, Killjoys, and the Netflix movie Single All The Way.

Ahead of his Brothers & Sisters character marrying his love in a same-sex wedding, Luke decided to address his sexuality. “I don’t know what will happen professionally … that is the fear, but I guess I can’t really be concerned about what will happen, because it’s my truth,” Luke told The Globe and Mail after publicly coming out.

Nearly 15 years after coming out, Luke reflected on that moment in an interview with Vanity Fair. “My father had passed away, and all the sort of ‘what’s important’ life stuff was happening,” he said. “Having gone through press junkets on shows where I’d never mentioned I was gay—not that I was lying, it was nobody’s business—I was like, I’ve got to say something.”

The actor can play the cello and trumpet. He notably played the cello in the Hallmark movie Chateau Christmas. Luke is also a singer and was in a band with his friends called Fellow Nameless before seguing into acting full time.

Luke grew up in London, Ontario. He went on to study drama at The Julliard School in New York City. He became an American citizen in 2018.