Why They Wanted Baby After Cheating – Hollywood Life

Khloe Kardashian, 38, had high hopes for the future of her relationship with Tristan Thompson, 31, when their second baby was conceived via-surrogate last November, a source EXCLUSIVELY tells HollywoodLife.  Although the NBA player had previously cheated on her multiple times, she believed the blessing of a new baby would help them recover from his betrayal.  “When Khloe and Tristan decided to have a second child together, Khloe did it with the hopes that it would fix all the damage that was done in the past,” the source reveals.

At the time, the Good American founder was giving the Chicago Bulls player another chance and they were focused on raising their 4-year-old daughter True Thompson together.  “She saw what an amazing father he was, and is, to True and she really thought that he had learned his lesson and that he would never hurt her again,” explains our source. “They were in a good place. They discussed it a lot and they both wanted True to have a sibling that she shares the same father and mother with. When November came and Khloe’s dreams of having a second child became a reality, she was over the moon. She really thought that this baby would only bring them that much closer.” 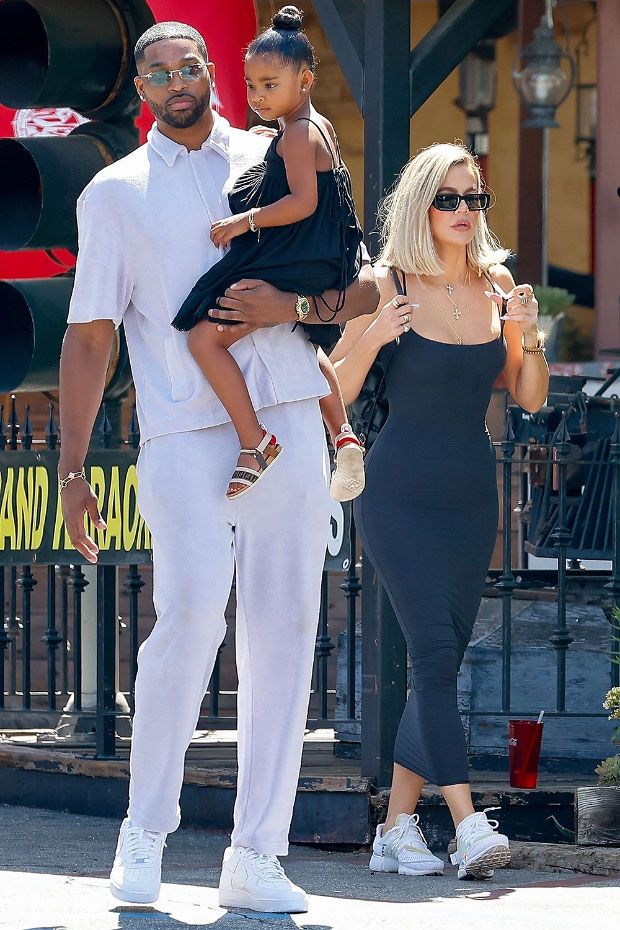 As fans of the show know, Khloe’s dreams of a happily-ever-after with Tristan were shattered just a few weeks after she found out they were expecting their second child, when it was revealed he had secretly fathered a baby with personal trainer Maralee Nichols. But according to our source, although the betrayal “crushed” Khloe, she has no regrets about her decision to have another child with the Canadian born basketball player.

“When she found out about Maralee, she was just crushed,” reveals our source. “She felt lied to, betrayed, and hurt and there was nothing that she could do to change the outcome. In hindsight, Khloe does not regret having another baby and she does not regret having the child with Tristan. She does regret, however, that she invested so many years of her life loving someone that would just end up hurting her over, and over, and over.”

A rep for Khloe confirmed that True would be a big sister in a statement received by HollywoodLife on Wednesday, July 14. “Khloe is incredibly grateful to the extraordinary surrogate for such a beautiful blessing. We’d like to ask for kindness and privacy so that Khloe can focus on her family.”