With Chargers rocked by injuries, here’s who’s stepping up 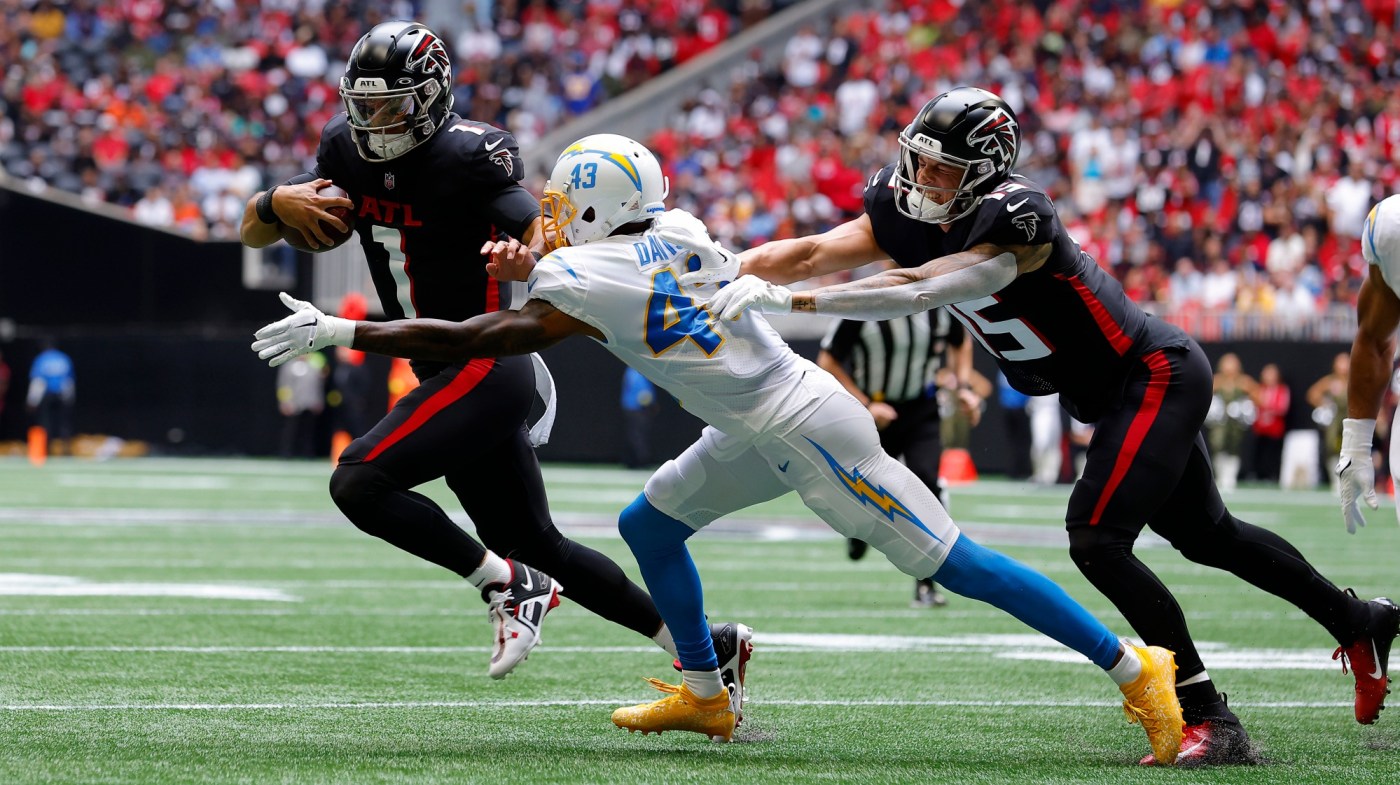 COSTA MESA — Next man up. It’s a sacred tenant at all levels of team sports. One player gets hurt, and it’s up to the one backing him up to take his spot and play with the same level of effectiveness.

“When you talk about the next man up-type of cliche saying, we have a void and now somebody is getting their opportunity,” Chargers running back Austin Ekeler said Thursday. “That’s why I’m here today. It’s because I was able to take advantage of an opportunity. There’s a little bit more uncertainty when that happens because it’s a guy stepping into a bigger role than in that person’s past. But now it’s up to them.”

Somehow, some way, it’s worked for the Chargers this season. They have, after all, won four of their past five games despite a seemingly endless string of injuries to key players. They’re 5-3, solidly in second place in the AFC West, going into Sunday’s game against the San Francisco 49ers (4-4).

“We’ve been able to get it done,” Ekeler said. “It hasn’t been clean. It hasn’t been pretty. I had a (skeptical) reporter ask me, like, ‘The Chargers were Super Bowl bound before the season.’ We’re 5-3. We’re 5-3, man. We’re still on a good track. We’re finding a way to get these games won.”

To outsiders, it might seem the battered and bruised Chargers are held together by duct tape and yarn, what with so many players suffering so many significant injuries. For the Chargers, especially the players given an opportunity to fill a void and accept an enhanced role, it’s just the way it is.

Nothing more, nothing less.

Here’s a closer look at a few of the next men up for the Chargers:

Defensive lineman Austin Johnson had been one of the Chargers’ top defenders against the run this season, but when he sustained a season-ending fractured knee last week against the Atlanta Falcons, it left a glaring void. Covington will likely slot into Johnson’s spot starting Sunday against the 49ers, an all-important role considering the Chargers are giving up an average of 5.7 rushing yards per attempt, worst in the NFL.

When cornerback J.C. Jackson suffered a season-ending knee injury in Week 7 against the Seattle Seahawks, Davis shifted into a full-time starting role again. Davis started 14 games in each of the past two seasons, so it was not an unfamiliar role. So far, during a victory over the Atlanta Falcons last Sunday, there’s been no drop off in play. In fact, Davis played well against the Falcons, making seven tackles.

Dicker kicked the tying and winning field goals in the Chargers’ 20-17 victory over the Falcons, filling in for an injured Taylor Bertolet, who had been filling in for an injured Dustin Hopkins. Dicker will be the Chargers’ kicker against the 49ers, with Bertolet and Hopkins still sidelined. It will be only the third NFL game for Dicker, an undrafted rookie from the University of Texas who was with the Philadelphia Eagles for one game.

Injuries to wide receivers Keenan Allen (hamstring), Jalen Guyton (ACL tear) and Mike Williams (ankle) tested the Chargers’ depth beyond all reasonable expectations. Palmer promptly stepped up and caught eight passes for a season-high 106 yards against Atlanta. He was quarterback Justin Herbert’s top target, with a key 22-yard gain in the final minute of the game among the 10 passes thrown his way Sunday.

The Chargers’ loss to the Jacksonville Jaguars in Week 3 was an especially tough one, with Guyton and left tackle Rashawn Slater (ruptured biceps tendon) suffering season-ending injuries. Salyer, a rookie from the University of Georgia, moved from a backup’s role at left guard to the tackle spot. If you haven’t heard Salyer’s name often, it’s probably because he’s made so few mistakes while replacing Slater.

Edge rusher Joey Bosa also was hurt in the 38-10 loss to the Jaguars, suffering a groin tear that required surgery. Van Noy, a versatile linebacker with the New England Patriots before signing with the Chargers in the offseason, has led a rotating group of players opposite edge rusher Khalil Mack. Safety Derwin James Jr. also has taken his turn at filling in for Bosa, but it’s been Van Noy who has anchored the position.